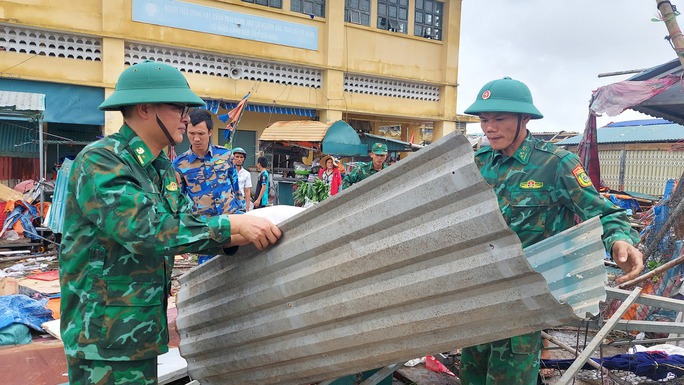 Border guards support people in Cua Viet town to overcome the aftermath of storm No. 4

According to the National Center for Hydro-Meteorological Forecasting, from the afternoon of September 28 to the night of September 29, in the North Central region, there will be moderate rain, heavy rain, and very heavy rain with a common rainfall of 100-200 mm, with some places above 250 mm; The delta and coastal areas of the North and Hoa Binh have moderate rain, heavy rain, in some places very heavy rain with a common rainfall of 70-150 mm, in some places over 180 mm. Preventing the risk of flash floods, landslides in mountainous areas, flooding in lowland areas. In the South Central region, the Central Highlands and the South, there are showers and thunderstorms, with heavy rain locally.

From now until September 30, on rivers from Thanh Hoa to Quang Tri and downstream of Dak Bla river, a flood is likely to appear.