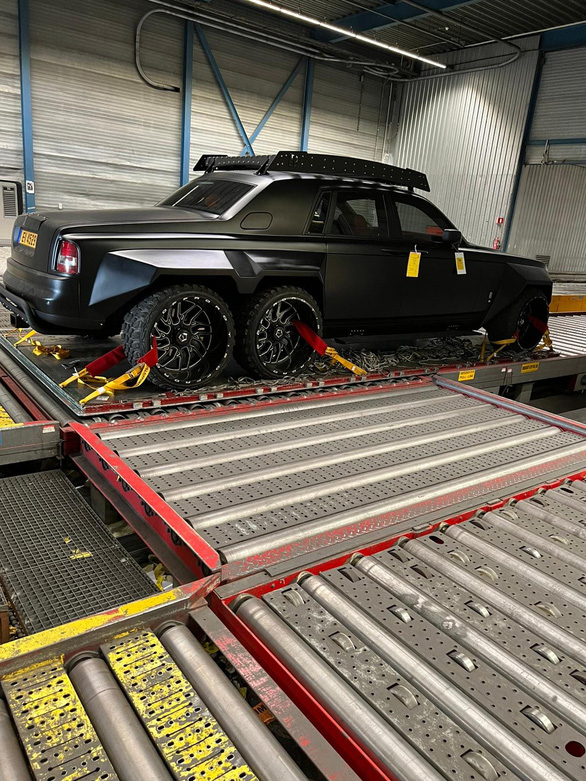 Some pictures posted by Facebook user Alper Dmr on June 19 show an interesting custom Rolls-Royce Phantom project being implemented in the Netherlands.

The Rolls-Royce Phantom shown in the photo appears to be a Series 1 without facelift (2003 – 2009), with the rear door kept intact but the rear trunk area has been modified to add 2 rear wheels. The front of the car appears a front lamp with yellow outer glass – an element that was once quite common in Europe but has now been banned. 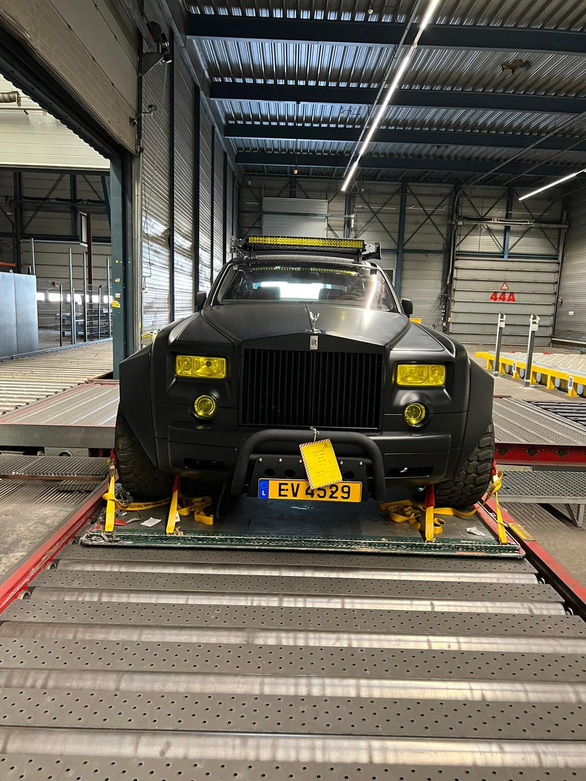 The license plate shows the original Phantom from Luxembourg and this is most likely a unique custom car ordered by the user. 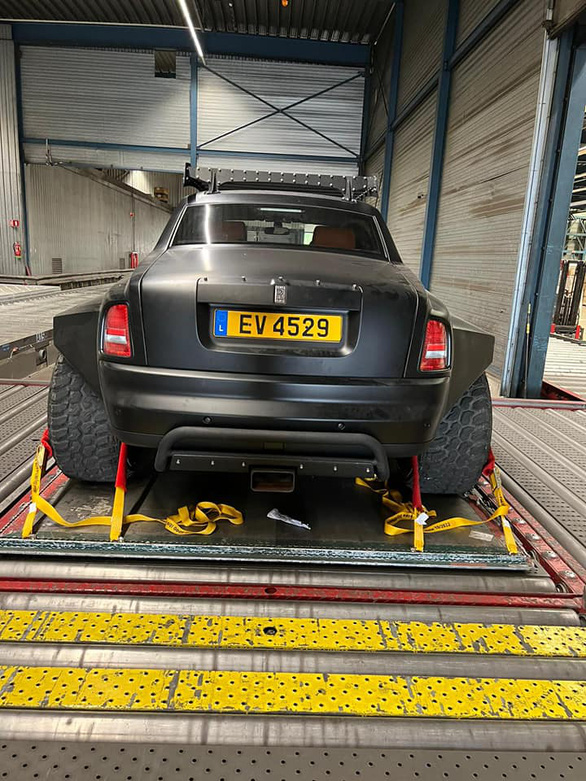 The rear of the car appears a large exhaust pipe in the middle – Photo: ALPER DMR

Rolls-Royce used to have a quite famous 6-wheeler version, the 1976 Rolls-Royce Silver Wraith limousine in Prague, but at that time the car did not have many obvious changes like the new Phantom.