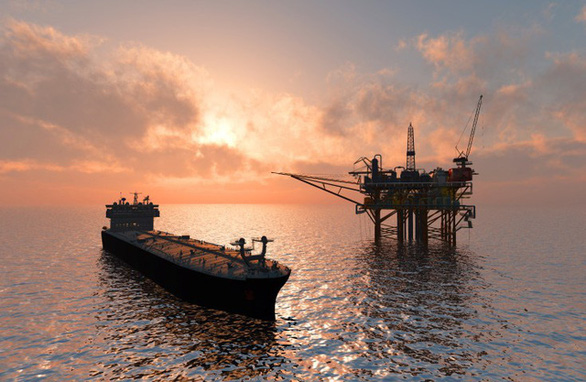 Pictures of oil rigs off the coast of the Pacific – Photo: RO SCIENCE

For the first time, Metals, a Canadian deep-sea mining company, has received permission from the International Seabed Authority to test its mining machinery in the Pacific Ocean.

According to Radio ABC (Australia)Metals has begun surveying a mining site between Mexico and Hawaii, and plans to collect about 3,600 tons of the mineral by December.

The need for growth – is it worth the price?

Some 653 marine science and policy experts from more than 44 countries have signed a petition calling for a halt to deep-sea fishing in the Pacific.

Meanwhile, the Pacific island nations have been torn by recent developments. While Nauru Island supports Metals Company in its mining efforts, and Kiribati and Cook islands are considering undersea mining in their own inland waters, Tuvalu island is not really satisfied with the mining efforts. deep-sea mining.

Minister of Foreign Affairs of the island nation of Tuvalu, Mr. Simon Kofe, told Radio ABC: “I feel like the countries in the Pacific are quite divided on this. I don’t know how much money the islands can make from this kind of fishing. They consider a permanent loss of deep-sea biodiversity. is an acceptable price to pay!”.

The most sought-after minerals on the seafloor include polymetallic nodules, polymetallic sulfides, and cobalt-rich ferromanganese crust. All of the above minerals can be used to make rechargeable batteries and smartphones.

Diamonds, gold, nickel and rare earth elements can also be mined from the seabed.

The experimental miner is a giant vehicle that weaves its way along the ocean floor, collecting rocks and sediment, which are then sucked up to the surface via a cable.

When future generations run out of resources

Mr. Gavin Mudd, associate professor of environmental engineering at RMIT University (Australia), told the newspaper Newsweek: “In a word, the exploitation of the deep seabed has a great impact on biodiversity and the possibility of extinction of some species will occur”.

According to the International Union for Conservation of Nature (IUCN), scientists’ main concerns about deep-sea mining include massive disturbance of the seafloor caused by diggers and surveyors, leading to loss of species and fragmentation or loss of ecosystem structure.

The machines will also create plumes of sediment, which will seal the voids in corals and sponges. In addition, such mining also has the potential to leak chemical contaminants into the water, affecting animals at all levels of the human food chain.

Mr. David Bailey, marine ecology expert at the University of Glasgow (Scotland), told the newspaper Newsweek: “For sustainable use, the seabed should not have permanent impacts of this type of exploitation. The needs of the present are not the costs of future generations.”

Another major impact that can occur is noise pollution. According to a magazine article Sciencenoise can be up to 160km from a single mine.