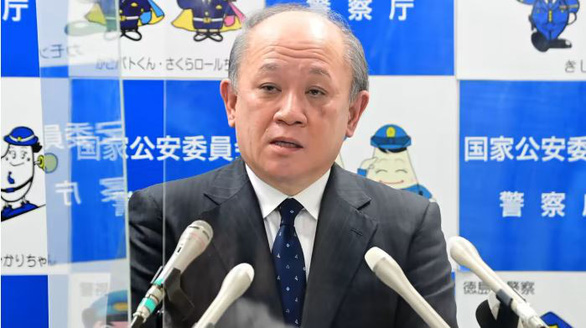 “We have decided to reshuffle personnel and start returning to duties,” said the director of Japan’s National Police Agency (NPA), Itaru Nakamura, according to AFP news agency. That’s why I submitted my resignation letter to the National Public Safety Commission of Japan on August 25.”

Mr. Nakamura made the announcement as he attended a press conference to provide details on the results of the investigation. Recently, Japanese authorities have opened an investigation into errors in the protection of Mr. Abe.

“After we thoroughly reviewed the incident, we decided to start over and revamp our security system,” Nakamura added.

Mr. Abe was shot from behind at around 11:30 a.m. local time (local time) while giving a campaign speech for a candidate of the Liberal Democratic Party (LDP) in Nara city, the provincial capital. Nara, western Japan. He collapsed after two gunshots and later died in hospital at the age of 67.

Mr. Abe is Japan’s most famous politician and the country’s longest-serving prime minister. However, security assurance for Mr. Abe was seen as lax at the time the former prime minister spoke on a street.

Mr. Abe’s assassination has shocked Japan and around the world. On July 9, Tomoaki Onizuka, the head of the police force in Nara Prefecture in western Japan, admitted: “I believe that the protection and safety measures for former Prime Minister Abe have been in place. undeniable flaws”.