In 1997, the movie South area broadcast and left a strong impression on the audience. The film is the story of a boy An, who lost his mother at a young age, so An had to go south to find his biological father.

As he wandered around, An encountered many contradictory scenes of life, witnessing the difficulties and hardships of the people under the French colonial rule. But fortunately, An is always supported and taken care of by the people who are rich in kindness, love and affection. That is a great source of motivation for An to overcome difficulties and challenges. 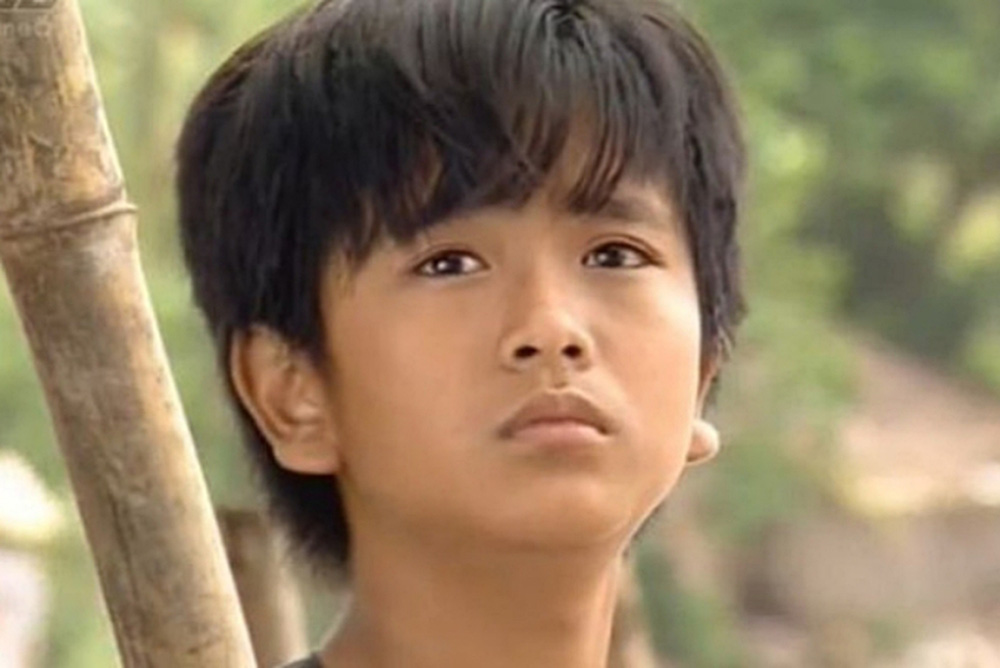 The journey to find the father of baby An (played by Hung Thuan) once took away the tears of many viewers.

With the realistic scenes and the amazing acting of the cast, South area really touched the hearts of viewers. The audience seemed to cry and laugh together with “Baby An” in his thrilling and emotional journey to find his father.

Until now, the image of “baby An” sly and innocent still leaves a deep impression on many people’s minds. Taking on this role is actor Hung Thuan. After 25 years since the film’s release, Hung Thuan has now become a poignant and successful U40 man after experiencing many ups and downs in his life.

The child star struggled to find the glory

Thanks to the success of South area, Hung Thuan became a favorite child star at that time. He is even expected to be a talented actor in the future. However, Hung Thuan’s artistic career was not as successful as expected.

“Be An” is a role for life, but it is also a “shadow” too big for Hung Thuan, making him struggle to find a way to assert his own talent. Although the actor later appeared in many other works, the audience still seemed to remember only “Baby An” in the past. 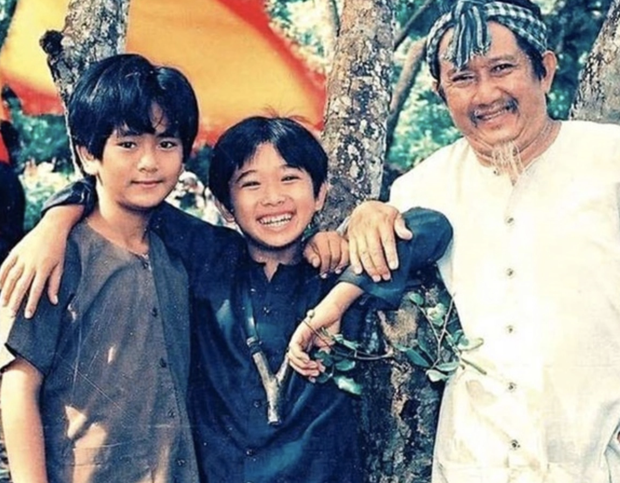 Hung Thuan and his co-star in “Southern Land”.

This became a concern in Hung Thuan’s heart and many viewers loved him. The star itself South area once admitted that he could not escape the character An even though he did his best.

After graduating from junior high school, for a period of time, Hung Thuan switched to activities as a singer in the group. Eclipsereleased their debut album titled Can’t be together. When Eclipse disbanded, he continued to form a new group MBK and pursued Hiphop music.

Hung Thuan’s group received attention, but could not be as successful as other music stars at that time. Finally, MBK disbanded, and Hung Thuan started his solo career.

When his singing career did not go well, Hung Thuan returned to his acting career. He participated in a number of popular TV series such as Five-colored flowers, The Gate of the Sun, The Reluctant Bride, The Line of Life…However, the actor still has not had a breakthrough to bring himself to the top of A-list stars. 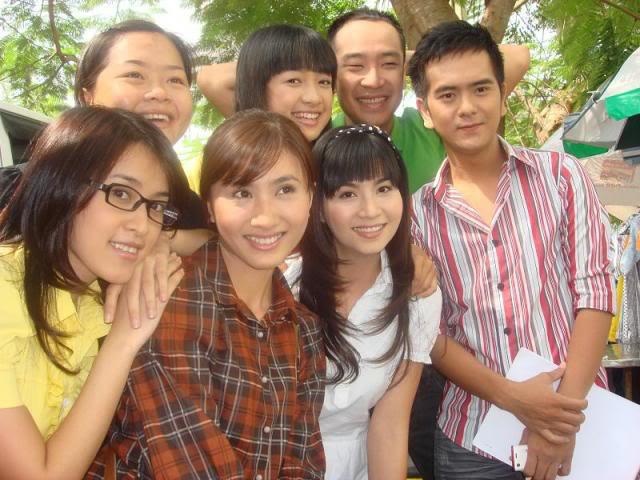 After “Southern Land”, “Gate of the Sun” is one of the notable films that Hung Thuan appeared in.

Just like that, when more and more beautiful young stars appeared, Hung Thuan’s name gradually faded in the entertainment industry. However, he still works hard in art, acting, acting, and participating in game shows.

Hung Thuan once shared that his previous life was quite difficult. The income from the unstable art job plus the difficulties in his marriage made the actor live in a precarious and struggling situation for many years.

In order to cover the economy, Hung Thuan tried to do many side jobs such as opening snail shops, selling online restaurants… However, since the Covid-19 epidemic broke out, business has not been smooth, so From the beginning of 2020, he had to close the restaurant.

During this time, the actor spends a lot of time selling goods online to earn extra income. Every afternoon, he would livestream selling functional foods, and in the morning, he would take advantage of being a delivery man. But because of the epidemic, his business did not go well. 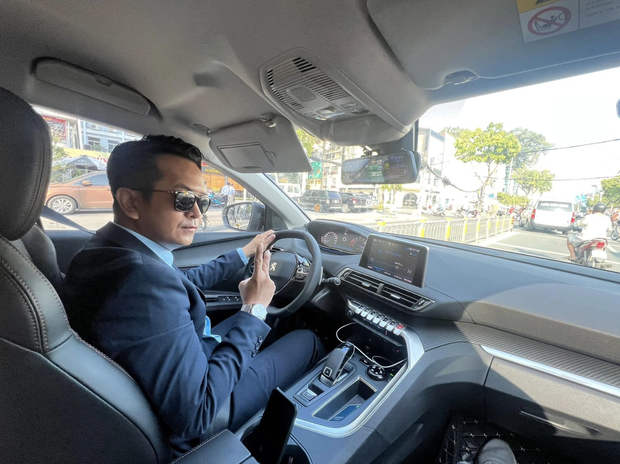 Hung Thuan used to have a rather difficult life due to his unstable income from art work and difficulties in love affairs.

At the end of 2020, luck smiled at Hung Thuan when he turned to a new field. Through the introduction of a friend, the actor “charmed” with the real estate profession. Initially, Hung Thuan only intended to “try it for fun”, but after a while of experience he fell in love with and attached to this job.

Thanks to his own reputation, as well as his eloquence and dynamism, Hung Thuan has many advantages when entering the real estate field. Recently, after establishing three real estate offices in Ho Chi Minh City. Ho Chi Minh, the star South area continued to open a new real estate company in conjunction with his friend Luong The Thanh.

Sharing about his current success in the new field, Hung Thuan told Ngoisao.net: “Until now, I still can’t believe that I can go that far. I am grateful for the support and love of my friends, the audience and also the detractors and derision of those who once suspected me of taking advantage of my reputation. I call myself an artist doing business. All of this is the motivation for me to strive every day, work hard and reap results.” 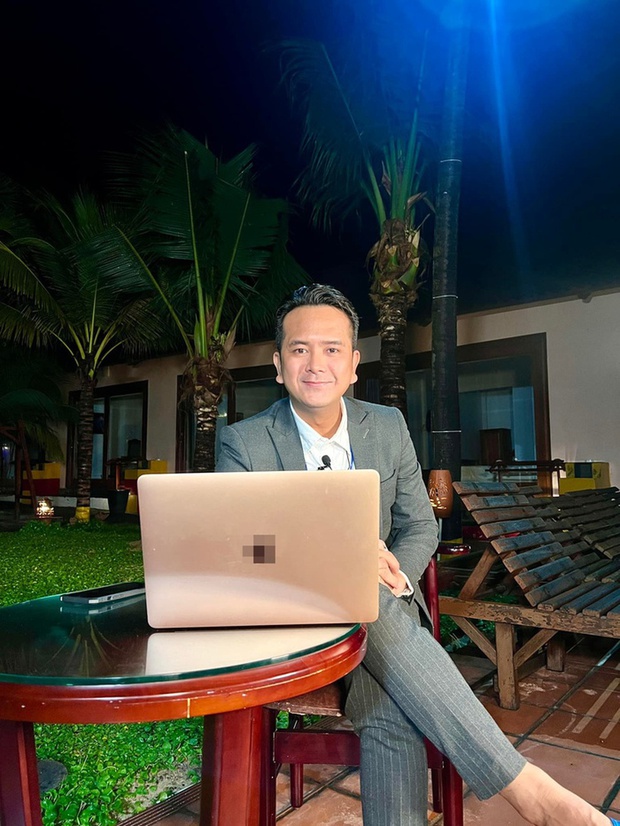 Hung Thuan has a more comfortable life after succeeding in a new field.

A prosperous business career helps Hung Thuan have a more comfortable life than before. He confided: “It’s not really about life changing, but one thing is for sure, my life has changed financially.”

Referring to the plans with art, Hung Thuan said that he cannot stay with the film crew or long-term projects because working in the real estate field takes up too much time. However, if possible, the actor wants to participate in cameo roles.

At the age of 39, Hung Thuan achieved success in his work but was still alone. After two breaks in love, the actor confided that he had no intention of finding, nor was he ready to accept a new relationship. Right now, he just wants to focus on work.