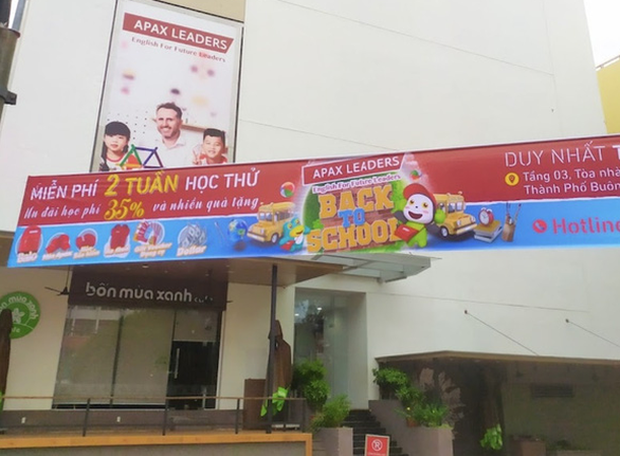 Teaching has stopped, but the information board about Apax Leaders Buon Ma Thuot English Center in the building where this center used to rent is still there – Photo: TR.TAN

On the afternoon of September 22, Pham Dang Khoa, director of the Department of Education and Training of Dak Lak province, said that he had made a decision to set up a team to check that the Apax Leaders Buon Ma Thuot English Center “evaporated” causing parents to “evaporate”. tumultuous, angry.

Currently, Buon Ma Thuot City Police have received a complaint from parents about the incident.

After receiving the money… silently closed the door

Ms. Tran Thi Hoa (44 years old, residing in Ea Tam ward, Buon Ma Thuot city) said that through information from friends as well as online advertising, at the end of June 2022, she let her children study English at the Center. English Apax Leaders.

“I heard that students will be able to study directly with foreigners to improve their communication skills, so I was very excited and decided to let them study here,” Ms. Hoa recalls.

After being consulted, on June 22, Ms. Hoa transferred more than 23.3 million VND to Apax Leaders Center for 12 months of tuition for her child. Her child has been studying for a normal month, so Hoa is quite reassured. 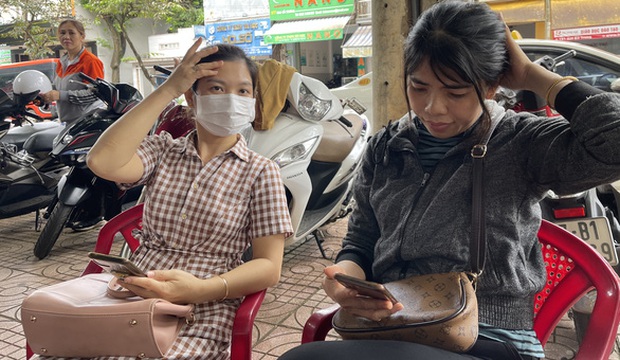 Ms. Hoa (right) and Ms. Thuong, representing many other parents, said they were very surprised and upset that the center “evaporated” suddenly – Photo: TR.TAN

At the beginning of August, 2022, she took her children to the center as usual, but when school ended, she returned to pick up her children and friends “sitting around” on the ground floor of the building where the center rented. “When I asked, she told the class that the center was closed, turned off the power, so I went to the ground floor to wait for my mother to pick me up. I was so upset, I ran up and it was true that the center had evaporated”, Ms. Hoa said urgently.

Similarly, there are dozens of parents who have paid tens of millions of dong for 12 months’ tuition but their children have only studied for about a month when the center closes. Ms. Trieu Vy Hoang Thuong (35 years old, living in Tan Tien Ward, Buon Ma Thuot City, paid more than 41 million VND) said that she was not informed about the closure of the center.

“I contacted the security to find out that the center was quietly closed. The director and staff had already quit their jobs and went to work elsewhere. When I inquired, I found out that dozens of parents were also tricked into paying for the whole year for their children, but between maybe the center evaporates,” said Ms. Thuong.

When the center was closed, parents asked teachers and staff, August 19 was informed that the center’s server was on fire, classes will be closed on August 20 and 21. The center will notify students of the return schedule.

“However, they have given their children a break so far, and have not paid any attention to the hundreds of parents who have paid. Each person has 20-50 million dong, the amount of money appropriated will be very large”, Ms. Thuong argued.

The center wants to “burst” the tuition fee? 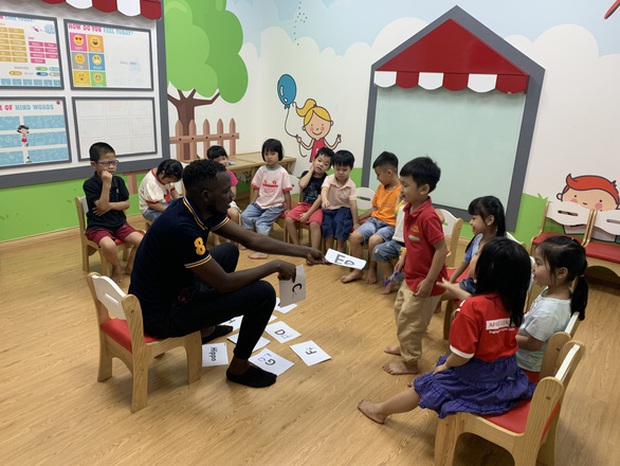 The group of parents contacted Ms. Huong, the center’s director, and she said she had quit her job and was “also a victim of the Apax Leaders English Center”.

The group of parents continued to contact Mr. Dao Thai Son, representative of Apax Leaders Buon Ma Thuot, who guided parents to let their children learn online. The parents asked the center to return the tuition fee, Mr. Son replied that he would carry out the procedure, but “whether it will be paid or not is unknown”.

“We let our children study at the center to communicate with foreigners, with their peers to improve their abilities and confidence. If they study indirectly, we let them learn online, not a little bit. In addition, the “solution for online learning” is when asked by parents, the new Apax Leaders headquarters, “said Ms. Hoa. 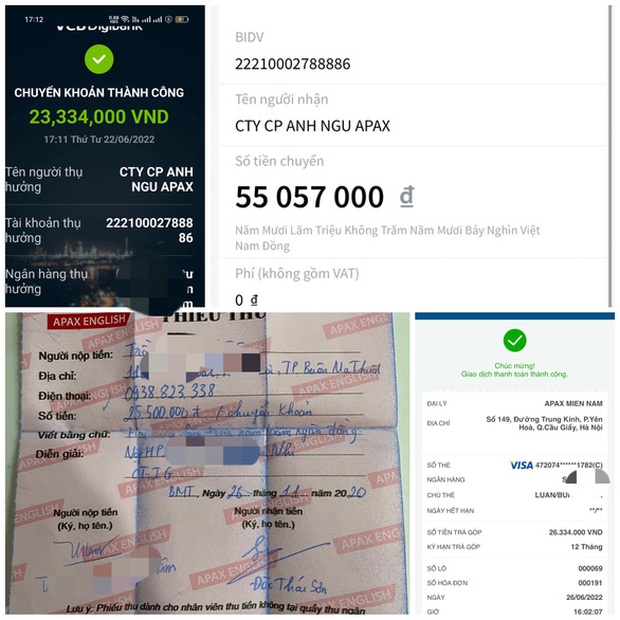 A series of receipts and transfer information from parents to Apax Leaders Buon Ma Thuot English Center for students to study for 1 year, but only 1 month later, this unit suddenly “evaporated” – Photo: TR.TAN

Ms. Huong said she worked at Apax Leaders Buon Ma Thuot for exactly one month, then she saw no opportunity, so she quit and moved to another unit. She was completely unaware of the closure of the center.

“When parents complained, I directed to meet the responsible people at Apax Leaders Buon Ma Thuot. However, parents thought I was a fraud, “exploding” money. The tuition fee parents transferred to Apax’s account. Leaders, but not in my personal account. I myself was owed my salary by Apax Leaders”, Ms. Huong explained.

As for Mr. Dao Thai Son, when asked about the reason for the sudden closure of the center, the parents struggled, saying “there is no responsibility for information”.

Reporters contacted the Southern director of Apax Leaders several times, but did not get a response.

In this regard, Mr. Doan Dinh Duan – deputy chief inspector in charge of the Inspectorate of Dak Lak Department of Education and Training – said that he had received the application from parents on September 15 and the director of the department also set up an inspection team.

Apax Leaders Buon Ma Thuot English Center was licensed by the Dak Lak Department of Education and Training on April 23, 2020. The enrollment is according to the capacity of the center, the tuition fee is agreed upon, there is a teaching contract, and a receipt fee is collected… according to regulations.

Preliminary inspection, the delegation determined that Apax Leaders Buon Ma Thuot Center was closed, no teaching activities. The representative of this center said that the shutdown was due to the acquisition of the premises by the commercial center.

“We have further verified the number of students, the amount of money paid by parents to have a basis for answering parents. Besides, the delegation asked the center to stop enrolling students and advertising enrollment until engraved. To serve the job, the Department of Education and Training of Dak Lak allows students to enroll and teach again. Currently, the Department Inspector is continuing to verify and will have information as soon as possible for parents and the press,” said Mr. Duan.