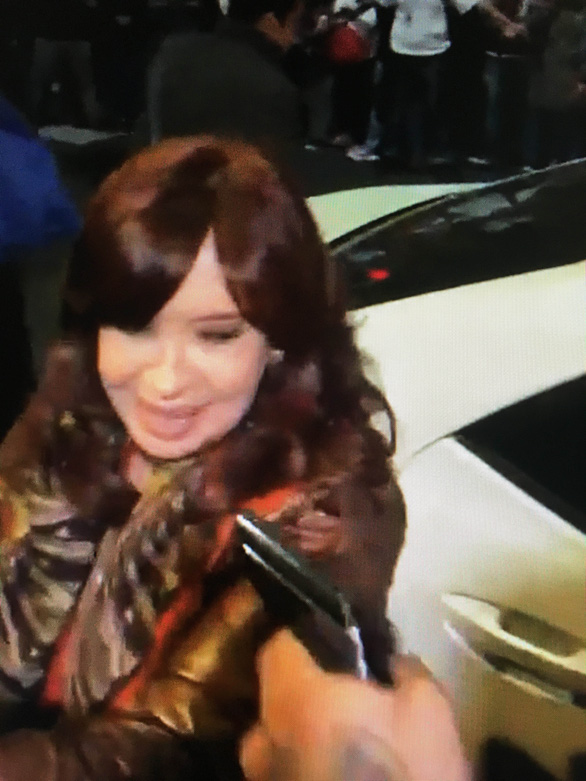 On September 1 (local time), Argentina’s Security Minister Anibal Fernandez said that the country’s police had arrested the person who tried to attack Ms.

Footage broadcast on Argentine television showed the man pulling out a gun right in front of Ms Kirchner, as she stood waving to supporters. The man swung the gun in front of her but did not pull the trigger.

According to Minister Fernandez, some people in the crowd gathered to support Ms. Kirchner reported to police about a man carrying a weapon. Immediately after receiving the information, the police verified and arrested this person at a location close to the home of the vice president in the capital Buenos Aires.

The gun was also seized near the scene. According to initial information, there are 5 preloaded bullets.

Argentine media said that this is a man with Brazilian nationality. Police are still investigating whether this was an organized conspiracy or a spontaneous act.

Argentine officials have criticized the incident. Economy Minister Sergio Mass called it an assassination attempt, while the leader of Ms Kirchner’s opposition Together for Change Party called for a thorough investigation.

The case comes as a week ago, Kirchner was asked by prosecutors to serve a 12-year prison sentence in a trial related to corruption allegations during her time as president from 2007 to 2018. 2015.

Since then, hundreds of supporters and opponents of Fernandez have continuously gathered in front of her private area, forcing the police to mobilize forces and means to ensure security and order.

‘Funeral’ for wages in Argentina

TTO – On August 19, in Buenos Aires, the capital of Argentina, thousands of protesters carried a giant coffin symbolizing the “death of minimum wages” through many streets.