Argentinian officials said the patient with monkeypox was a 40-year-old man who had just returned from Spain. Two days earlier, the Spanish Government had announced 59 cases of monkeypox in the country.

“The PCR test results for this first suspected case of monkeypox are positive,” the Argentine Ministry of Health said in a statement.

Argentine health workers are treating the person’s symptoms, the statement confirmed, while close contacts of the patient, who have no symptoms, are being monitored.

The Argentine Ministry of Health also revealed that a Spanish citizen, who is currently visiting Argentina and has no contact with the aforementioned patient, is the second case in the category of suspected monkeypox: “Humans This patient had ulcerative lesions but no other associated symptoms. 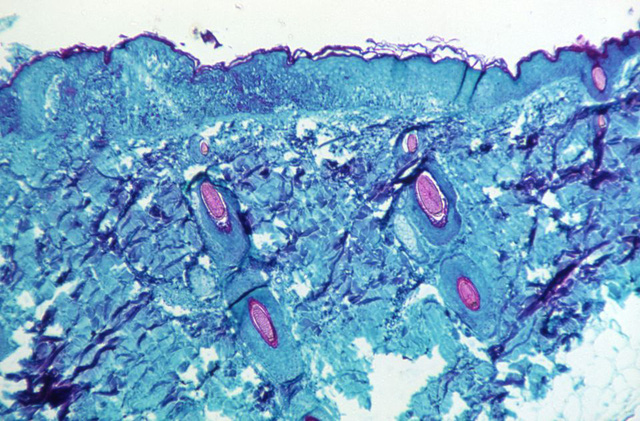 Magnified image of a portion of tissue taken from a skin wound of a monkey infected with the monkeypox virus in 1968. (Image: Reuters)

Monkeypox is caused by a contagious virus and can be transmitted from infected animals to humans. Person-to-person transmission is also possible, but rare.

Monkeypox is related to smallpox but is much less severe. Initial symptoms include high fever, swollen lymph nodes, and a chickenpox-like rash.

There is currently no specific treatment, but the smallpox vaccine has been shown to be about 85% effective in preventing monkeypox.

Monkeypox was first detected in the Democratic Republic of the Congo in 1970 and is considered endemic in about 10 African countries.

The emergence of monkeypox in countries where the disease is not endemic has alarmed experts, although the cases reported to date have been mostly mild with no deaths.