Through the tally, the functional forces recorded 662 cannabis plants from 10cm to 2m high. In order to avoid detection by the authorities, Luu planted cannabis at the end of the field, with difficult access roads, and intercropped in many locations. 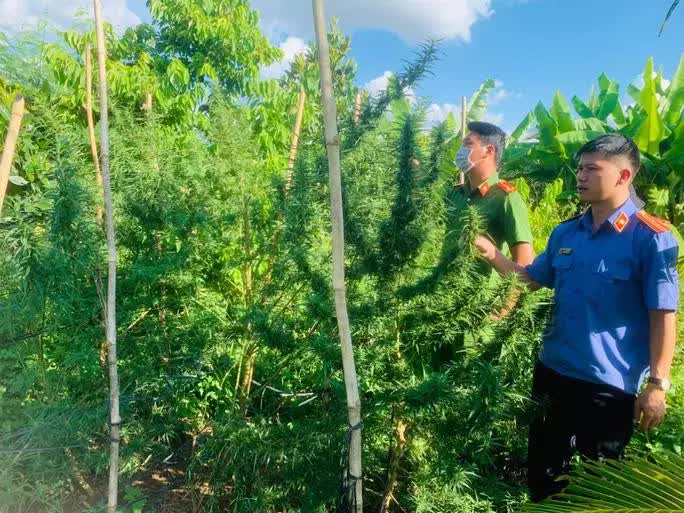 Tall cannabis plants are intercropped in the fields

Currently, the police agency is soliciting expertise, collecting documents and evidence to handle according to regulations.