On the afternoon of September 25, information on the situation of Typhoon Noru at the meeting of the National Steering Committee for Natural Disaster Prevention and Control, Mr. Tran Hong Thai, Director General of the General Department of Meteorology and Hydrology (Ministry of Natural Resources and Environment) assessed Price, Typhoon Noru is a very powerful storm.

Even, Noru is forecasted to be one of the strongest storms in the past 20 years affecting the Central Central region (equivalent to Typhoon Xangsane in 2006, Typhoon Ketsana in 2009 and Typhoon Molave ​​in 2020).

According to Mr. Thai, currently the forecasting centers of the US and China have rated Noru storm at the level of “super typhoon” (level 16 or higher). This is a storm that converges many factors to become a dangerous “superstorm” with a sharp center, very low pressure and very fast moving.

In particular, the sea surface temperature along the storm’s path is high, and the atmospheric conditions are favorable for the storm’s strengthening.

In addition, the area in the middle of the East Sea is open and there is no sign of cold air or other weather systems affecting the intensity of the storm. 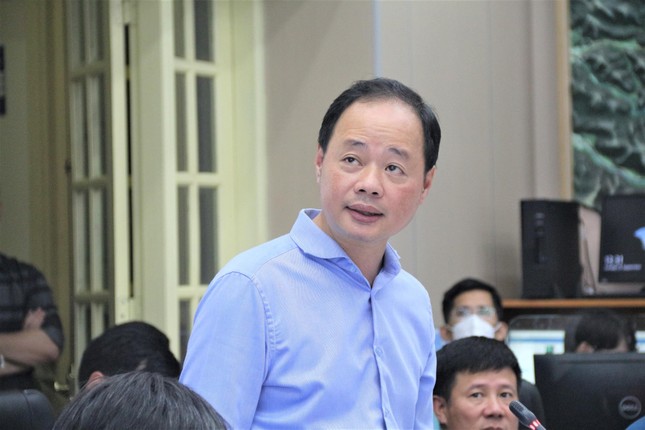 Tran Hong Thai, Director General of the General Department of Meteorology and Hydrology, said that after weakening in the Philippines, typhoon Noru became strong again when it entered the East Sea.

Further analyzing the intensity of Typhoon Noru, the Director General of the General Department of Meteorology and Hydrology said that before making landfall in the Philippines, Typhoon Noru reached level 16, shock above level 17, which is a “super typhoon” level. After passing the Philippines, the storm weakened to about 1-3 levels due to friction with the terrain.

“After entering the East Sea, Typhoon Noru has a strong process of returning. At this time, the storm is in the adult stage, the maximum intensity when passing through the southern waters of the Paracel Islands is level 13-14, higher than level 16. When entering the sea near the coast, the intensity of the storm is only maintained at about level 13, when affecting the mainland at about level 12-13, jerked above level 14″, Mr. Tran Hong Thai informed.

Forecast of the path of Typhoon Noru in the coming days

All vessels operating in the danger zone are at high risk of being affected by strong winds, high waves and tornadoes.

On the mainland, from this afternoon and tonight, in the area from Da Nang to Binh Thuan, the Central Highlands and the South, there will be showers and thunderstorms, with heavy rain locally with a rainfall of 20-40mm, in some places over 70mm (time Rainfall is concentrated in the afternoon and evening).

Thunderstorms in the Central Highlands and the South will continue for the next few days. During thunderstorms, there is a possibility of tornadoes, lightning and strong gusts of wind. Risk of flash floods, landslides in mountainous areas and inundation in low-lying areas.

In the face of the emergency situation of the storm, the National Steering Committee for Natural Disaster Prevention and Control requested the coastal provinces from Quang Ninh to Binh Thuan to urgently call, count and guide operating vehicles to get out. danger area; prepare rescue and rescue forces and means to promptly handle situations.

The localities strictly manage the means of going to sea; inspect and guide ships anchoring at the wharf.