The Investigation Police Agency, the Bac Giang Provincial Police has just issued a decision to prosecute the case, prosecute the accused and execute the Order to arrest the accused for temporary detention against Tran Van Dien for the act of “Murder”.

According to the police, Tran Van Dien has many previous convictions for robbery, resisting law enforcement officers and illegally trading drugs.

After serving the prison sentence, Dien returned to the locality to live from 2019 up to now. 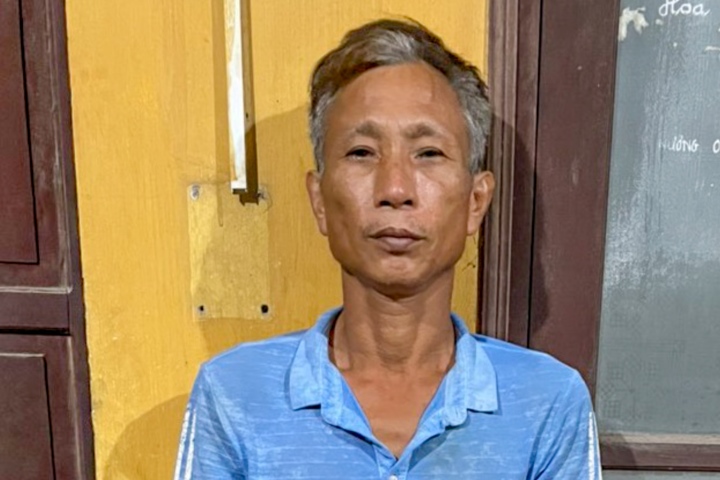 Tran Van Dien at the investigation agency. (Photo: provided by the police)

Here, Dien cursed and poked Lien in the face with chopsticks. After being dissuaded by everyone, Mr. Lien got on a motorbike to prepare to go home, when Tran Van Dien suddenly chased after him, using a fruit knife to stab several times in the ribs.

As a result, Mr. Lien was seriously injured and had to be treated at the Bac Giang General Hospital.

The Investigation Police Agency, Bac Giang Provincial Police are investigating the case in accordance with the law.