Final match Road to Olympia The 22nd year has ended, but its echoes are still intact. “Drama” and “tense every second of every second” are what the audience commented on this year’s Finals. 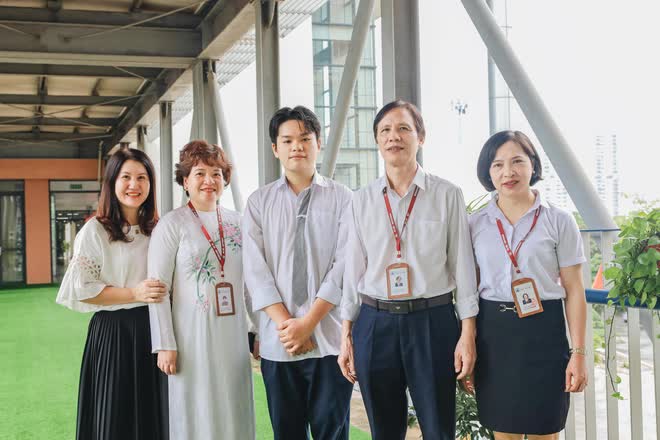 “The most memorable final match I’ve ever seen”

Whether on stage or in real life, Nguyen Son scores with everyone thanks to his gentle, calm and quiet personality. This appearance of the boy coincides with the image of a good student, multi-talented in anyone’s mind when first meeting.

A bit tired after returning from the Finals with everyone’s meetings and congratulations, but during the conversation, Son still maintained a positive attitude. His words are simple, honest and not very long. Son has a moderate level of comfort and closeness, enough for those who love Son to feel respected but not rambling to share too much about his private life. 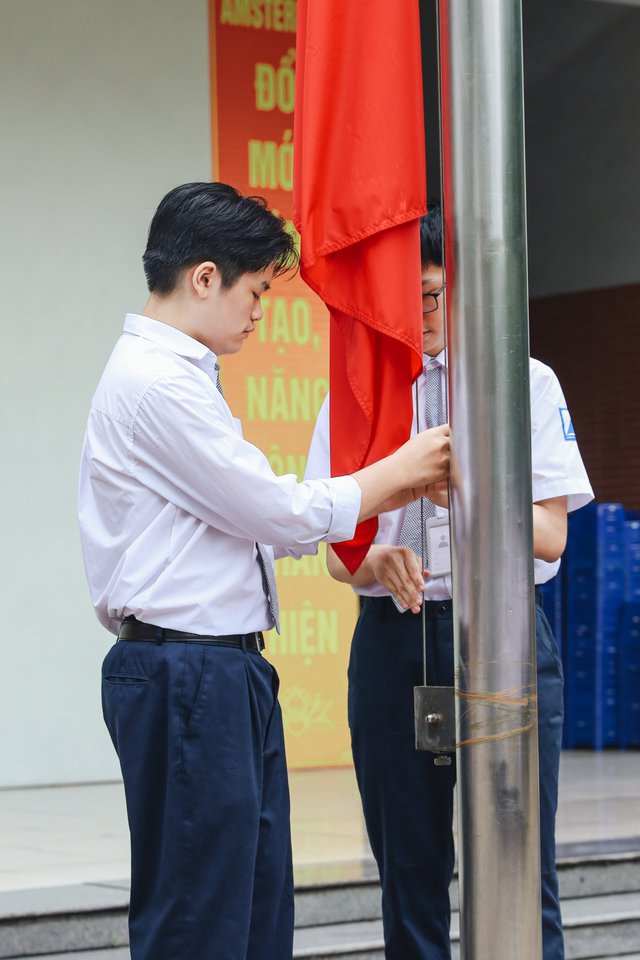 Returning from the Olympia Finals, Nguyen Son is an ordinary 12th grader again 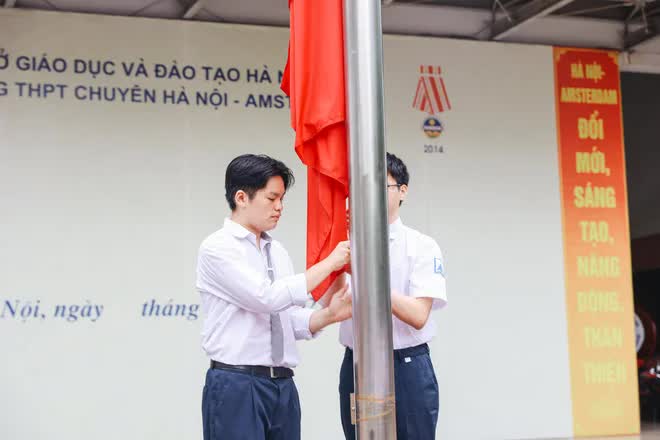 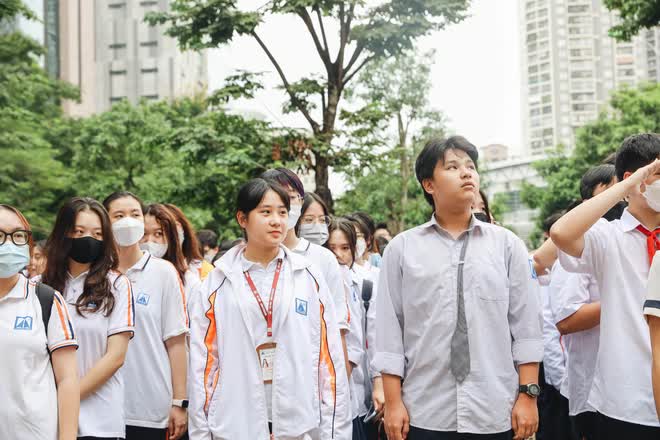 Teacher Tran Thuy Duong – Principal of Amsterdam High School for the Gifted – Hanoi and the school’s teachers and students welcomed Son back with joy and pride. Ms. Thuy Duong personally presented the award to Nguyen Son.

She said: “The final match of the year Road to Olympia is very interesting, suffocating because the gap between the two first and second prizes is well deserved, the difference between you is almost not much, it also needs a little factor. fortunately there were sub-questions where you got high marks. I think our student Nguyen Son had a very successful exam.” 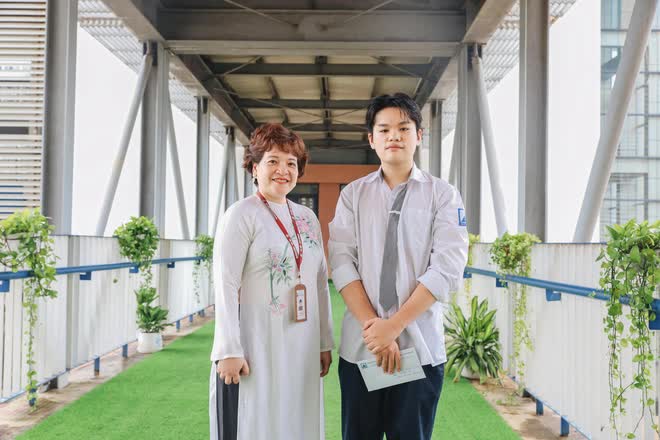 Known for Road to OlympiaNguyen Son has invested in himself a lot of knowledge. He has prepared carefully such as reading many books, regularly visiting historical sites. During the holidays, Son does not forget to participate in leisure and relaxation activities to restore energy in the best way after a long day, because this male student believes: “Psychology is one of the important things affecting the overall quality of the test takers.”

Although he did not win the championship, Nguyen Son still could not hide his emotions when recalling the moments when he showed his best in the Olympia arena. What remains in the boy’s memory forever are the moments of encouragement from teachers, relatives and friends.

“I think I’ve lived every moment to the fullest, fully accomplished what I set out to do after a long journey. It can be said that this is the most memorable Final of the year I’ve ever known.

Of course there are some questions that I have pretty close to the correct answer, but from my point of view, I showed my full potential in the finals so I have nothing to regret. In the last question at the decisive moment, Nguyen Vu did a great job, so Vu becoming the Champion of the Road to Olympia is very well deserved and I am very happy for him.”Nguyen Son confided.

Son said, participating in the Olympia playground not only brings a taste of experience but also helps him improve and develop himself, especially confidence. Previously, Nguyen Son was a very timid person, or shy in front of crowds, but now this has improved a bit. After all, the results are in Road to Olympia It’s not your only goal.

“I don’t think to stop at this point, because the future is still very long.” 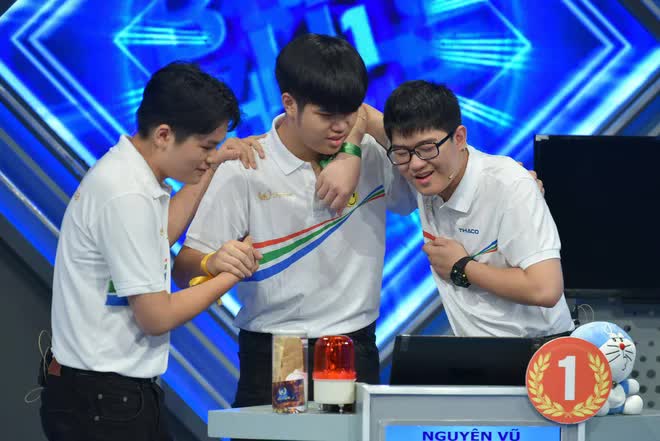 Nguyen Son revealed that he and the remaining 3 contestants will have a party after the program.

Commenting on her student, Ms. Hoai Thanh – Nguyen Son’s homeroom teacher could not hide: “I’m very happy and proud because Nguyen Son has a very solid bravery, is independent in his plans and emotions. Although it looks like Nguyen Son has a slower reaction than the rest of the contestants, but it’s not, you always have the composure and the ability to break through. If you observe, you will see that you do not give any answers as soon as a question is asked, but always have a certain certainty in your answer.

Although there is a bit of regret thinking that we can reach the laurel wreath, Hanoi – Amsterdam High School for the Gifted is still very proud of Nguyen Son because you really did a good job.” 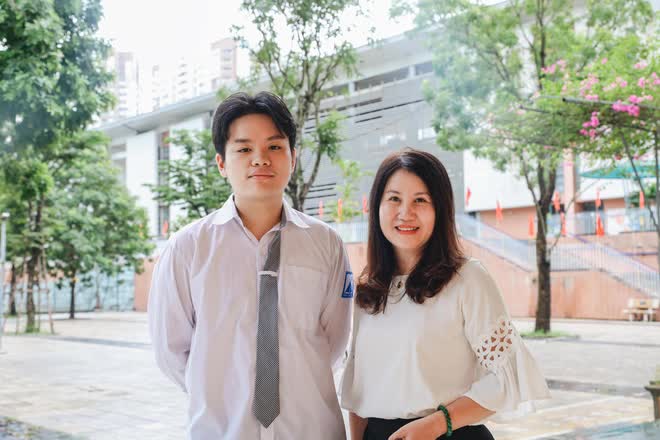 Ms. Hoai Thanh – The homeroom teacher of the Russian class is extremely proud of Nguyen Son’s performance in the Final of the Road to Olympia.

Ms. Thanh also said that in Son’s class, she is not the type of person who is easy to express and express emotions, but is very intelligent, inclined to be able to withstand pressure and eager to learn.

“Nguyen Son is a very intelligent student with a certain low-level personality. Although you don’t really stand out in extracurricular activities, in return, Son is suitable for knowledge playgrounds like Road to the Peak. Olympia.

As for studying, although I am a Russian major, I think that English is Son’s strong point. You always make efforts, work hard and achieve many high achievements in study. I don’t know if there will be any turning points or changes after the program Son, but no matter which choice you decide to choose, we are always proud and proud of you.” 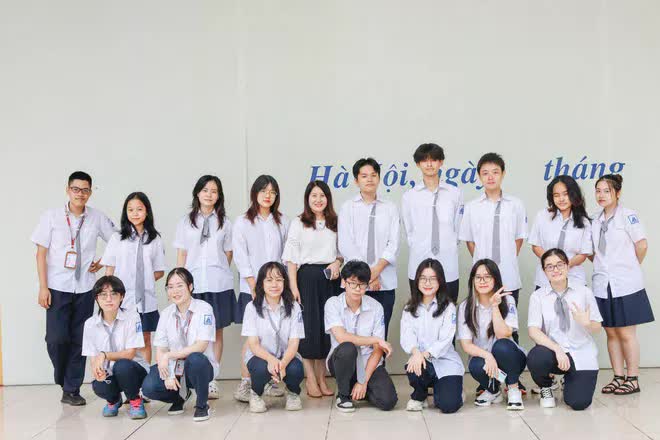 Fluency in 2 foreign languages ​​and what is the secret?

In addition to excelling in the obstacle course with the answer “Fire-fighting command”, one of Nguyen Son’s most impressive moments in the final was his extremely fast and accurate answer. of male students in an English question about female poet Ho Xuan Huong. Thanks to this answer, Nguyen Son had a moment to take the lead.

It is known that as a student in the Russian class, Nguyen Son also excelled in English. The boy has a series of great achievements such as: Silver Medal at the National Internet English Olympiad, Third Prize in TOEFL Junior Challenge 2019-2020, National English Olympic Silver Medal… 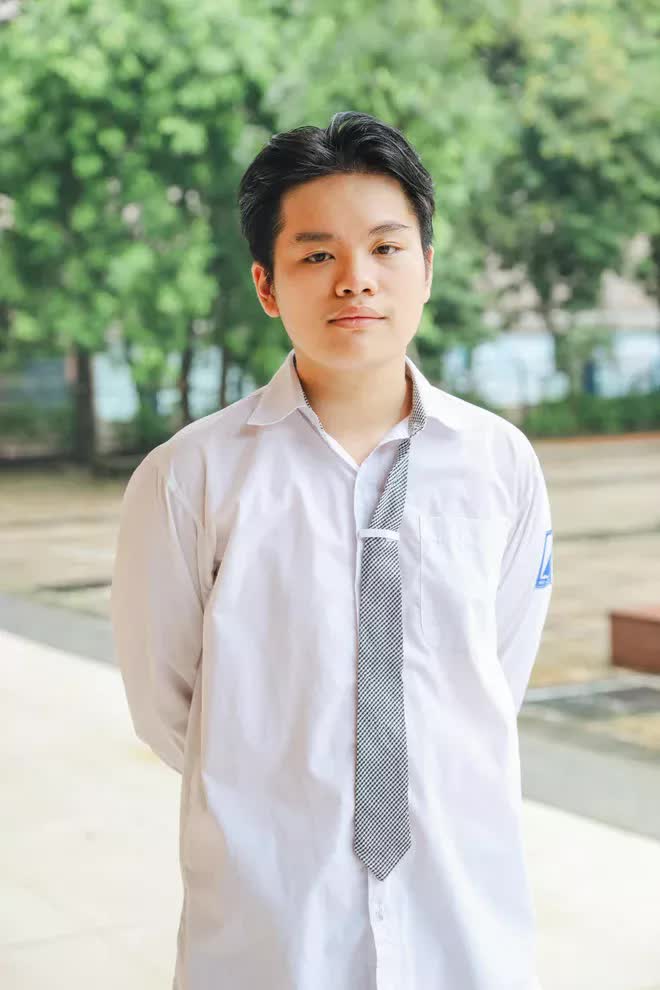 Sharing the secret of learning two foreign languages, Nguyen Son said that perseverance and non-stop practice are the decisive keys to his learning.

“For foreign languages, I think it is necessary to have passion and perseverance. You have to make it a habit and part of your life. Be proactive in self-study, self-research, self-exploration, knowing. treasure and cherish knowledge, cherish vocabulary. At the same time, the more meticulous, slow and hard learning, the higher the efficiency.

Do not let knowledge be forgotten. If you do not use it regularly, you will gradually forget vocabulary and grammar. The best way is to both learn and apply, not only in listening, speaking but also in reading and writing to improve comprehensively.” 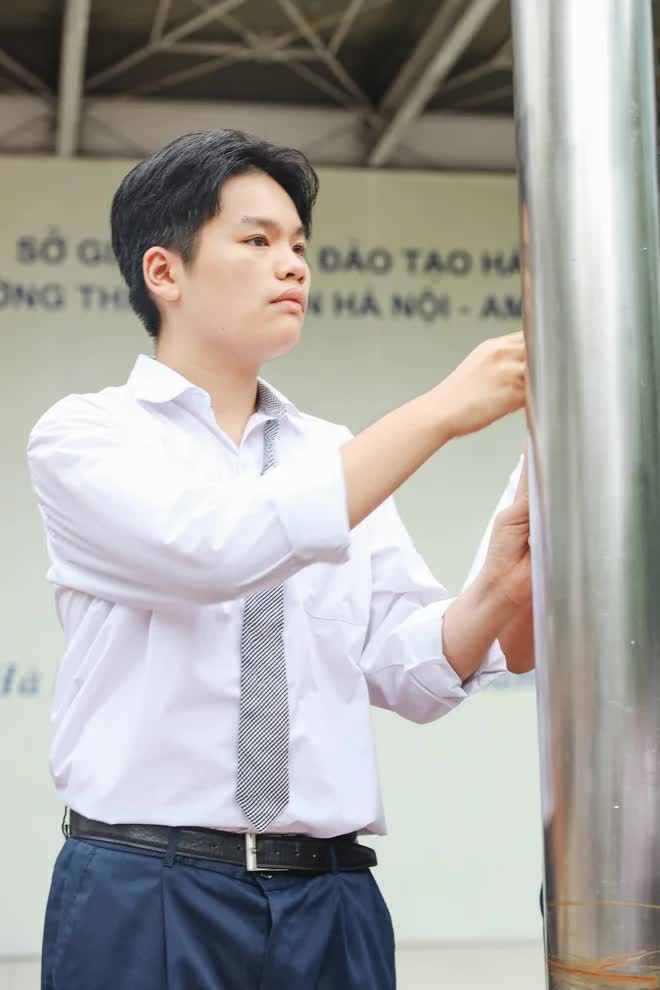 Nguyen Son revealed that he has no plans to study abroad and his goal in the near future will be to complete his studies well in class, consider choosing a major that he pursues in the future.