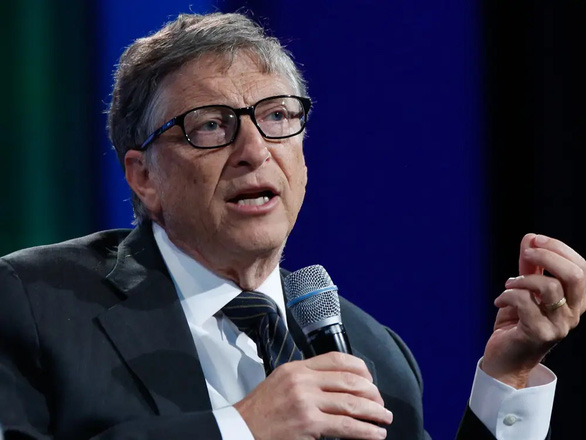 Since retiring from running Microsoft Corporation, billionaire Bill Gates has often focused on issues such as poverty and infectious diseases through the activities of his personal philanthropic foundation. However, American politics remains his concern.

“I admit political polarization could end it all, we’re going to have divisive elections and a civil war,” Bill Gates said at the 2022 Forbes 400 Charity Conference on September 23.

The Microsoft co-founder added that political polarization goes hand in hand with another problem, which is the spread of disinformation.

“One of the bestsellers last year was Robert Kennedy’s book, which said I love making money and killing millions with vaccines. It’s strange how the book sold so well,” Gates said.

According to the magazine ForbesOver the years, Bill Gates and his ex-wife, Melinda French Gates, have donated billions of dollars to vaccine research, development, and distribution through their foundation.

The 66-year-old billionaire has also been the subject of many conspiracy theories, one of which says he implanted microchips in vaccines to spy on people. Earlier this month, Bill Gates said someone had even shouted at him on the street for this conspiracy theory.

“In general I am optimistic about the future, but one thing that has lowered my expectations is the growing polarization in America, especially in politics,” Bill Gates wrote on his personal blog in September. 6.

Also in conversation with ForbesGates said he and Melinda French Gates will maintain their charity for another 25 years to focus on tackling infectious diseases.

Billionaire Bill Gates hopes to be able to “erase” polio within the next 3-4 years. The deadly disease is now spreading in London, New York and Jerusalem for the first time in decades, with the strain detected in sewage.

He also mentioned his work on gene therapy to treat sickle cell disease with a single dose of $2,000.

In addition, there is a method to treat HIV / AIDS with similar technology, which is expected to be completed within the next decade. The foundation of billionaire Bill Gates and his ex-wife has committed about $ 600 million to these efforts.