Theo CNNA stone slab engraved with the late queen’s name was placed in the King George VI Memorial Chapel, the annex of the main chapel, on the evening of September 19 after a private ceremony by the British Royal Family.

The stone is hand-carved from Belgian black marble, inlaid with the names and dates of birth and death of her parents – King George VI and Queen Elizabeth, followed by her name and date of birth and death, and husband – Prince Phillip. 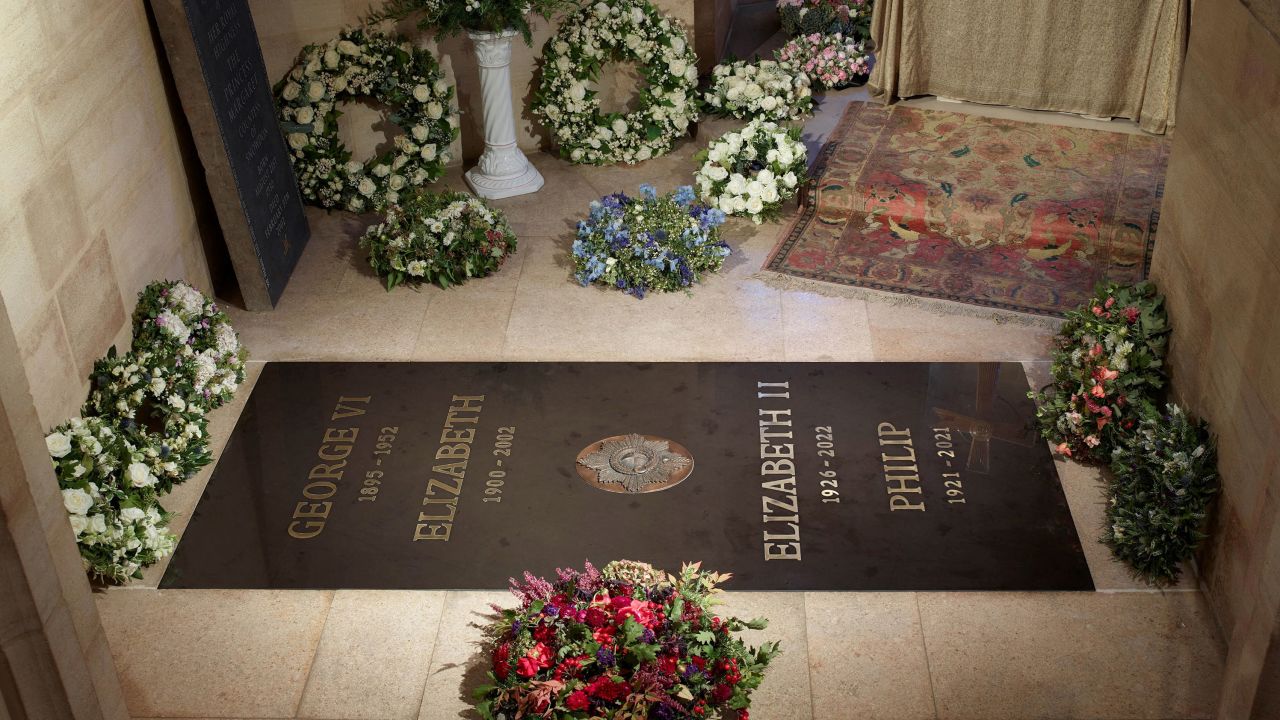 Her parents and husband were members of the Order of the Garter. This is the highest knighthood of Great Britain, established by King Edward III in 1348 and exists to this day.

The knights in the Order of the Garter include several members of the royal family, former prime ministers, and other high-ranking figures. These people are chosen by the head of the royal family and recognized as serving the country.

The resting place of the knights of the Order of the Garter is the Chapel of St. George.

Queen Elizabeth II’s funeral was held with great solemnity at Westminster Abbey, attended by many high-ranking leaders from around the world.

More than 26 million people in the UK watched her funeral on September 19. This is the first national mourning to be televised live in the UK. 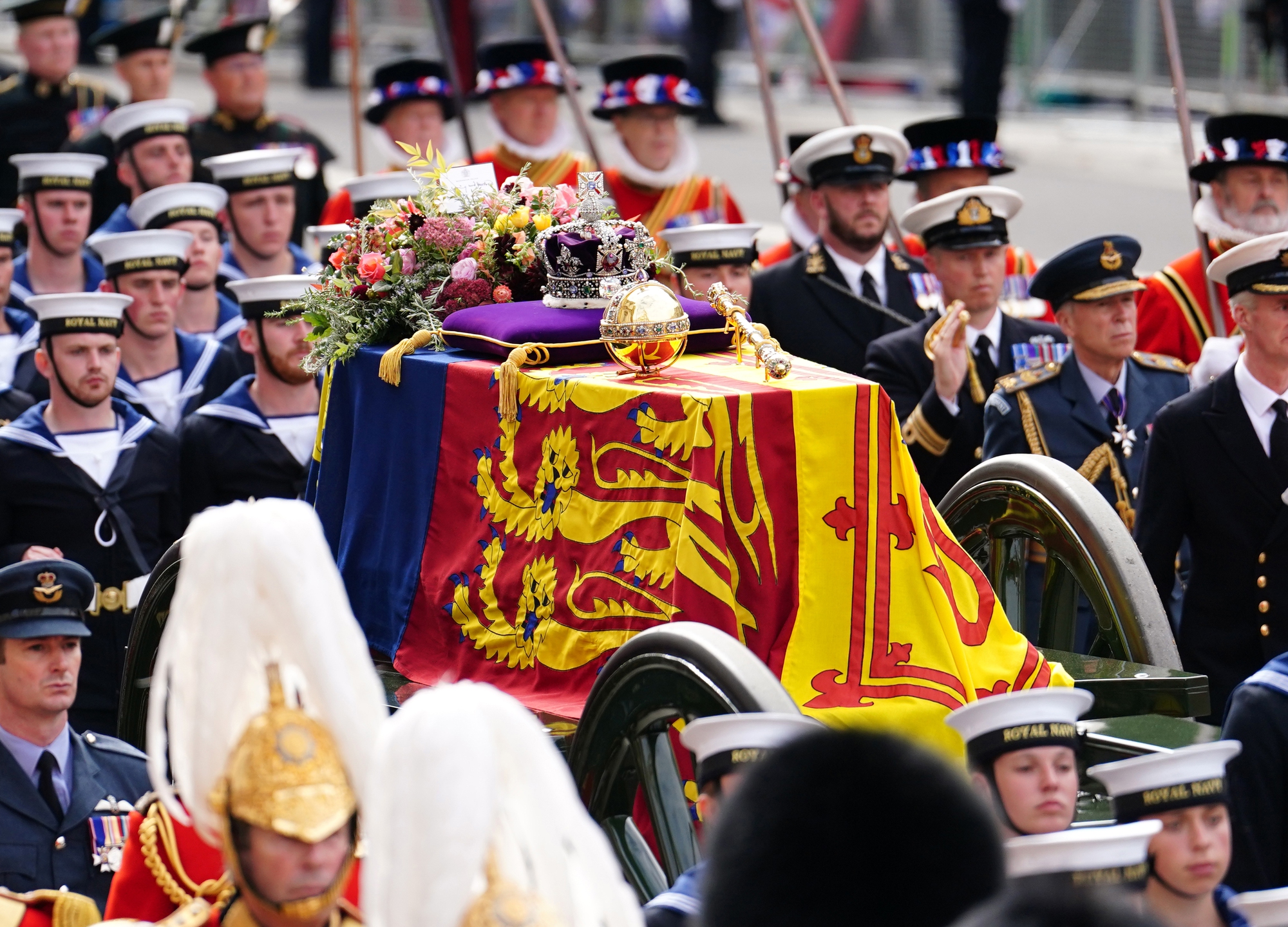 When Prince Philip died in April 2021, his coffin was initially placed in the Royal Catacombs, below St. George. After Queen Elizabeth II’s death, the Prince’s body was removed and interred next to his wife in the Chapel of Remembrance.

The ashes of her sister Princess Margaret, who died in 2002, are also placed in the chapel.

Royal residences, including Windsor Castle, have been closed since Queen Elizabeth II’s death on September 8.

When the castle reopens on September 29, the public will be able to visit her resting place.

However, the State Room and the Royal Car Show will not be open this summer. In addition, special performances marking the Queen’s Platinum Jubilee at Buckingham Palace, Windsor Castle and the Palace of Holyroodhouse will not be held.

The photograph of the stone slab engraved with the names of four members of the British Royal Family was taken a day after Buckingham Palace unveiled a portrait of King Charles III in his new capacity next to a red box containing royal documents. 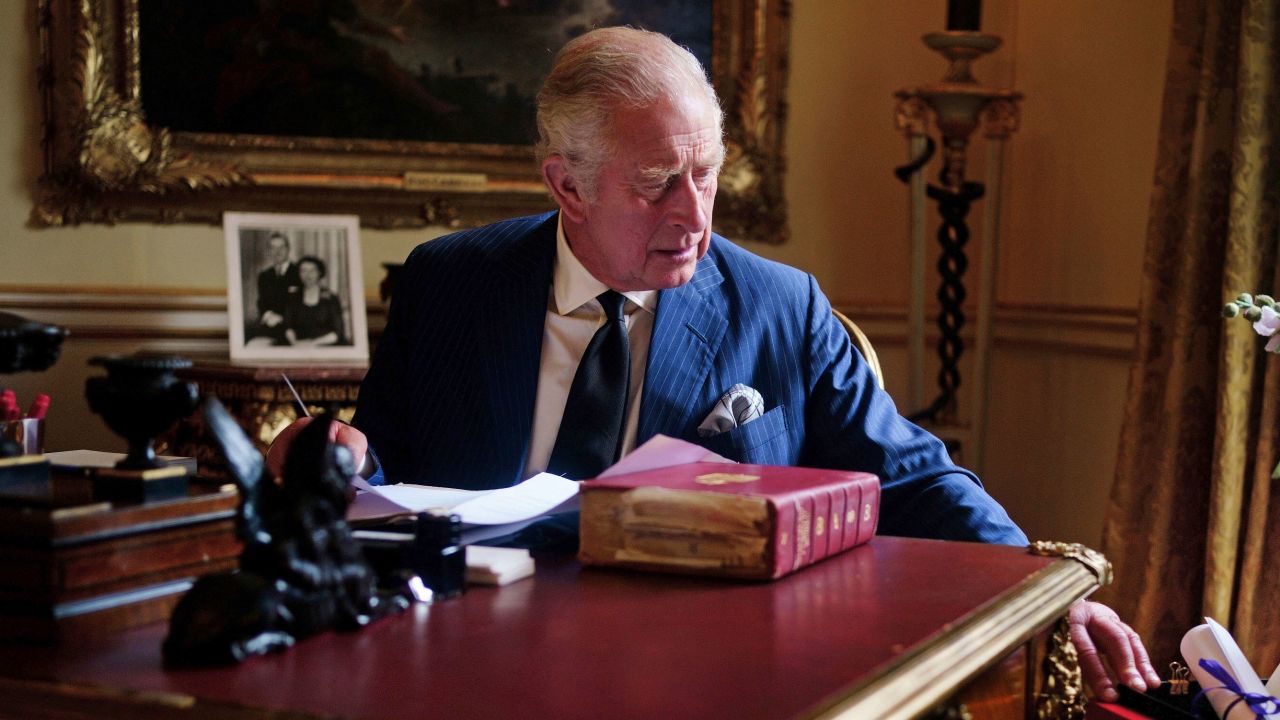 A portrait of King Charles III in his new position next to a red box containing royal documents was released on September 18. Photo: Royal Collection Trust

In a statement, the Royal Family said: “Images taken in the 18th Century Room at Buckingham Palace last week show the King performing official government duties from the red box.”

This box contains important documents submitted by ministers in the UK, leaders of Commonwealth countries and other countries and territories.

The statement also said: “The document was sent from the Private Secretary’s Office to the king in a locked red box.”

Behind King Charles III is a black and white picture of the Queen of England with her husband – the Duke of Edinburgh. This is a Christmas gift that King George VI gave to her and her husband in 1951.

At the request of the King, the British Royal Family will continue to mourn Queen Elizabeth II for another week after the state funeral. King Charles III is said to have returned to Scotland with Queen Camilla.

King Charles III during a vigil next to the casket of Queen Elizabeth II. Photo: The Royal Household