The above question must be asked because in the past time, there have been many views on this issue. Coach Park Hang-seo basically still received a lot of support, but began to appear more criticisms aimed at him, or more precisely, the playing style of the Vietnamese team. 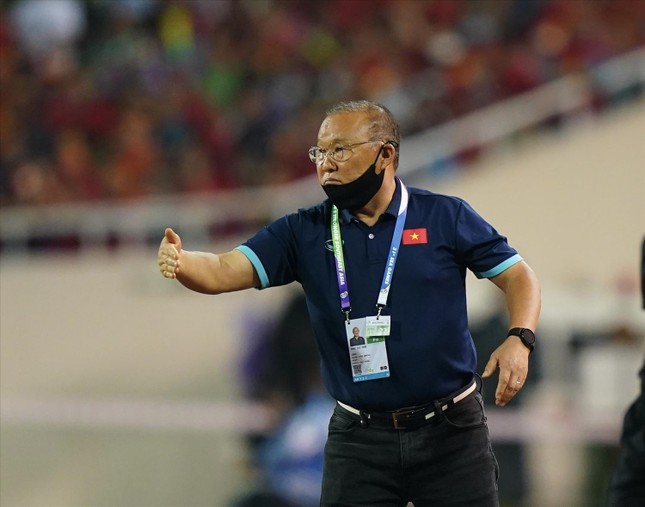 The most remarkable of these can be mentioned Hien’s speech after the unsuccessful series of the Vietnamese team in the 2022 World Cup Final Qualifiers in Asia. Mr. Hien affirmed that he still supports Coach Park Hang-seo, but there are signs that the Korean leader is less innovative, and the Vietnamese team also lacks critical voices.

In fact, the need to renew the Vietnamese team is real, after 5 years associated with Coach Park Hang-seo. Mr. Park does not deny this, and he himself has plans to innovate, both in terms of people and gameplay. It is no coincidence that recently, there have been views questioning the VFF boldly handing over the national teams to another Korean, coach Gong oh-kyun.

However, it is necessary to be fair that each coach has different building philosophies and different strengths. It is difficult to ask Mr. Park to change his philosophical system to accommodate the wishes of others. That is almost an impossible request for any coach. The important thing is that up to now, the national team system is still operating well under the coordination of VFF and Coach Park Hang-seo.

If you look at how Mr. Park is preparing for the Vietnamese team towards the AFF Cup 2022, it can be seen that the plans are still being implemented with high synchronization. The current team is a collection of the best pillars, with the addition of many young faces from the U23 Vietnam team. Some of them have just been called up to the team for the first time.

Coach Park Hang-seo also cleverly arranged personnel so that the players had the opportunity to play and express themselves. In the match against Singapore, the Vietnamese team almost did not give all their strength, and still kept the key cards. As Coach Park Hang-seo shared after the match, he had a plan to test new elements with different tactical schemes and basically, all the goals of the Vietnamese team were accomplished.

It is easy to see that in the past 5 years, the Vietnamese national teams are very stable compared to their rivals in Southeast Asia. Thailand, Malaysia or Singapore and even Indonesia are constantly fluctuating. Thailand has continuously changed the head coach at both the national team and the U23 team.

The question with Vietnamese football and the current VFF is that in the event of parting with Coach Park Hang-seo, can we find a better new solution? Perhaps the VFF has not yet set the above case, because finding a suitable coach is not simple. Mr. Gong ky-un may be creating new features in the U23 Vietnam team, but conspicuously succeeding is another matter. New does not mean good. VFF certainly cannot risk giving the right to lead the national teams to a coach who has not really confirmed his ability. Not to mention the stature, the influence of Coach Park Hang-seo on Vietnamese football is not limited to the professional aspect.