U23 Australia won at least 1-0 against U23 Turkmenistan on the evening of June 11 thanks to an own goal by defender Ozarov. After the match, coach Trevor Morgan had remarkable shares related to U23 Vietnam.

The Australian coach said: “Vietnam U23 vs U23 Saudi Arabia is a very worthwhile match. No need to ask, I will also come and watch that match. This is the match that anyone wants to watch live in the tournament. fight this time”. 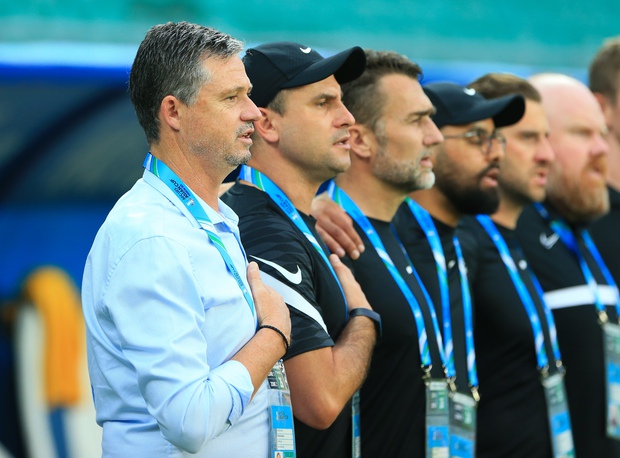 Coach Trevor Morgan (left) sang the national anthem before the match U23 Australia – U23 Turkmenistan on the evening of June 11 (Photo: Hieu Luong)

Coach Trevor Morgan continued: “Personally, I think that Vietnamese football is worth watching in the last 4 to 6 years. U23 Australia used to face many difficulties and lost to U23 Vietnam at the AFC U23 Championship 4 years ago 4 years ago. five.

U23 Vietnam recently and especially in this tournament possesses many impressive young talents. They are a well-organized team.”

In the 2018 AFC U23 Championship in China, U23 Vietnam, led by coach Park Hang-seo, defeated U23 Australia 1-0 in the second round of the group stage. The scorer was Quang Hai with a lucky long shot that hit the Australian player and changed direction to a table.

This result indirectly caused U23 Australia to be eliminated from the group stage. Meanwhile, U23 Vietnam slipped through the narrow door to reach the quarterfinals with U23 Korea and ended the historic journey with a silver medal. 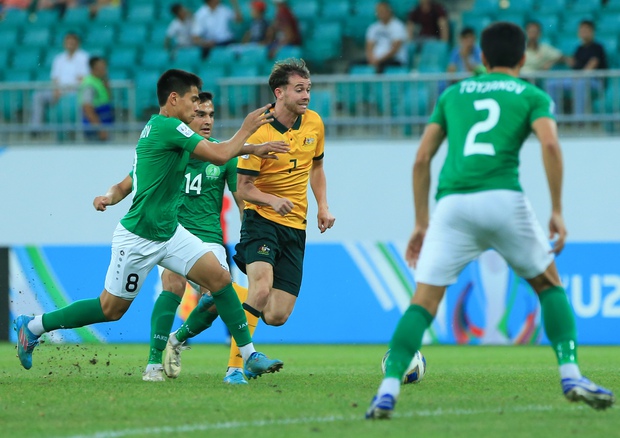 U23 Australia won the right to the semi-finals thanks to the mistake of defender U23 Turkmenistan (Photo: Hieu Luong)

The head coach of U23 Australia said that after the results of the U23 match between Vietnam and U23 Saudi Arabia were available, he would start studying the opponent.

“I think it is necessary to have the match result before I and the coaching staff watch carefully the video of the opponent in the semifinals,” said the 51-year-old coach.

U23 Australia has the advantage of resting more than one day before the opponent in the semi-finals. Meanwhile, the match U23 Vietnam – U23 Saudi Arabia takes place at 21:00 (Uzbek time), ie 23:00 (Vietnam time) at Lokomotiv Stadium.