Since its launch, Diablo Immortal has never stopped receiving criticism and negative comments from the community. Accordingly, after the game appeared a few days, gamers complained about its “premium” wallet when asking players to spend expensive items in the game. As the Bellular News YouTube channel analyzed and said, each player will have to spend 110,000 USD (more than 2.5 billion VND) if they want to fully upgrade their character.

However, that is not a big obstacle when this game continues to bring good news to the publisher. The first is to quickly reach 10 million downloads after just one week of launch; earned $24 million (nearly 600 billion) within a few weeks and most recently achieved 20 million installs. 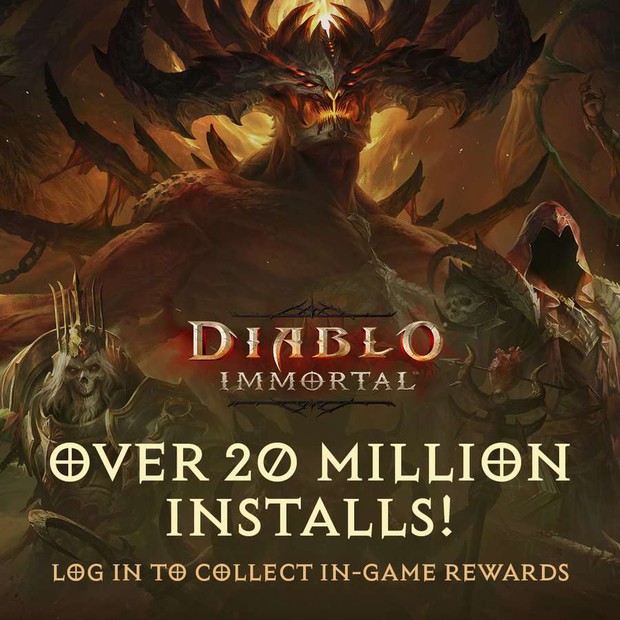 According to developer Blizzard, Diablo Immortal has reached an impressive milestone, so the game’s publisher will use this event to give players many valuable gifts. Gifts include legendary badges, 30,000 gold, and 200 crafting materials.

In addition to the enthusiastic comments, many gamers bluntly “criticized”, even mocked NPH’s gifts because that number was nothing compared to the amount of money that Diablo Immortal players had loaded into the game.