According to research conducted by Mr. Taisuke Nkata, Associate Professor at the University of Tokyo, women in their 20s witnessed the largest increase in the number of suicides; while women 19 and under also had a significant increase.

The mostly voluntary COVID-19 restrictions were in place in Tokyo and other areas until March of this year. People are asked to limit cross-province travel, restaurants and bars close early. 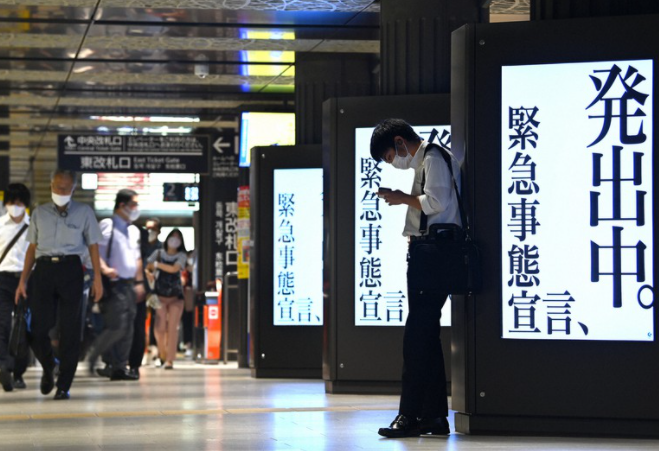 The COVID-19 pandemic may have resulted in 8,000 more suicides in Japan between March 2020 and June 2022 than would have been expected without the pandemic raging. Photo: AFP/Kyodo

“Women, who are more likely to lose their jobs more often than men, tend to be more affected economically, while younger populations may be more vulnerable to isolation due to other factors,” said Mr. Nakata. restrictions on movement and behavior”.

According to Japanese government figures, the total number of suicides in the country amounted to about 21,000 in both 2020 and 2021, up from about 20,000 in the previous two years. But the impact of the COVID-19 pandemic remains unclear.

In Japan, economic hardship is believed to be one of the factors affecting the suicide rate, as the number of people seeking death tends to increase as the unemployment rate increases.

The team estimated the number of expected suicides during this time period based on past trends, with fluctuations in employment. They then compared that number with the actual number and found that the likely increase was 8,088.

People in their 20s had the largest number of pandemic-related suicides, at 1,837, of which 1,092 were women. Pandemic-induced suicides, according to the above calculation, account for about 30% of all suicides in this age group.

People 19 and younger accounted for 377 pandemic-related suicides, of which 282 were women.

According to the government, the unemployment rate has fluctuated between 2.5 and 3.0% since March 2020, when COVID-19 cases began to increase nationwide, higher than the rate of about 2.4. % in forecasts made before the pandemic.

The drop in economic activity is also likely to deal a blow to the number of new marriages in Japan, according to another study. The reduction in the number of married couples could mean 243,000 fewer children in the future.

To prevent the negative impact on social and economic activities, some experts are calling on the government to further relax COVID-19 prevention measures, such as shortening the duration of treatment for the disease. infected patient.

Professor at Osaka University, Fumio Otake, said: “It is important to weigh the risks of containing COVID-19 infection with the cessation of socioeconomic activities.” He called on the government to change its policy when it comes to data such as the number of suicides.

“In order to maintain socio-economic activities, it is necessary to relax measures, such as shortening the isolation period for infected patients and shifting the focus to those at high risk of developing symptoms. severe symptoms,” said Professor Otake, who is also a member of the Japanese government’s COVID-19 prevention department.