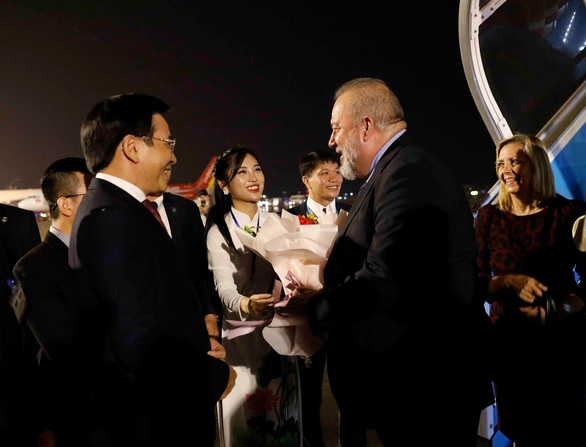 Welcoming the Cuban Prime Minister at the airport were Minister, Chairman of the Government Office Tran Van Son and some representatives of Vietnamese ministries.

According to Vietnamese Ambassador to Cuba Le Thanh Tung, this is a very important visit, marking the first time in 49 years that a Cuban prime minister has visited Vietnam after this position was restored thanks to the Constitution. Cuban law 2019.

According to Cuban Ambassador to Vietnam Orlando Nicolás Hernández Guillén, Vietnam is the first country outside of Latin America that Prime Minister Manuel Marrero Cruz visited after the COVID-19 epidemic.

In an interview with the newspaper The World and VietnamThe Cuban ambassador also said that in addition to political content, this visit also aims to promote economic cooperation between the two countries through the export of medical services to Vietnam. 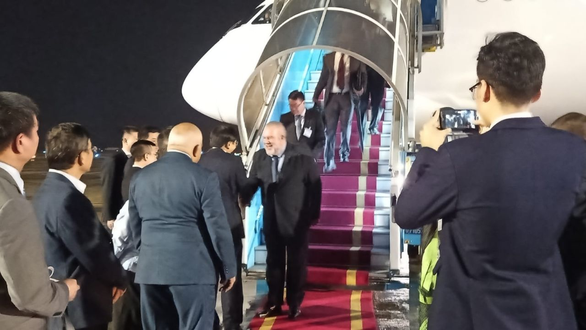 Information from the Ministry of Foreign Affairs of Vietnam said that during his visit to Vietnam, Cuban Prime Minister Manuel Marrero Cruz will have activities in Hanoi and Ho Chi Minh City.

The official welcome ceremony is expected to take place at the Presidential Palace in Hanoi on the morning of September 29. The Cuban Prime Minister is expected to have meetings with leaders of the Party, State, Government and National Assembly of Vietnam during his stay in Hanoi.

The Cuban leader will also attend the Vietnam – Cuba business forum and visit some places in Ho Chi Minh City such as Hi-Tech Park, Cu Chi Tunnels… after meeting the city’s leaders. 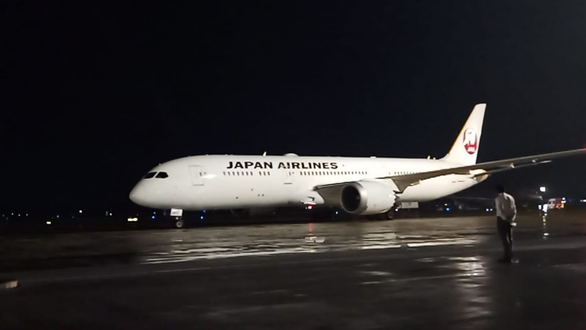 Vietnam and Cuba established diplomatic relations on December 2, 1960, two years after the success of the Cuban Revolution (January 1, 1959).

The two sides maintain regular exchanges of delegations at all levels to visit each other, in which the most recent visit to Vietnam is the visit of President Nguyen Xuan Phuc in September 2021.

The good political relations between the two countries have created momentum for economic and trade cooperation, agriculture, cooperation against COVID-19 and investment.

Vietnam has supported Cuba to develop household-scale rice production, corn, soybean and aquaculture production… In the face of changes in Cuba’s economic management policies and investment environment Vietnamese enterprises are also increasingly interested in expanding investment in your country.

In the opposite direction, Cuba also supported the COVID-19 vaccine for Vietnam, donated hundreds of thousands of doses of the vaccine and expressed its willingness to send medical teams to help Vietnam fight the epidemic.

In the field of multilateral diplomacy, the two sides maintain cooperative relations and support each other at international organizations and multilateral forums, especially at the United Nations.

Recently, Vietnam supported Cuba’s candidacy for the Human Rights Council for the 2021-2023 term, and actively promoted and supported Cuba to sign the TAC/ASEAN, calling for an end to the policy of encircling economic and financial sanctions. unilaterally targeting Cuba…

‘For Vietnam, Cuba is ready to share its vaccine’

TTO – The first activity within the framework of President Nguyen Xuan Phuc’s official friendship visit to Cuba is a meeting with leaders of Cuban-Vietnamese friendship organizations in Havana on the afternoon of 18-9 local time. morning, September 19, Vietnam time).