According to the researchers, neutrinos play an important role in the standard model of particle physics, stellar and black hole physics, and even in cosmology and the nature of big bangs in space. 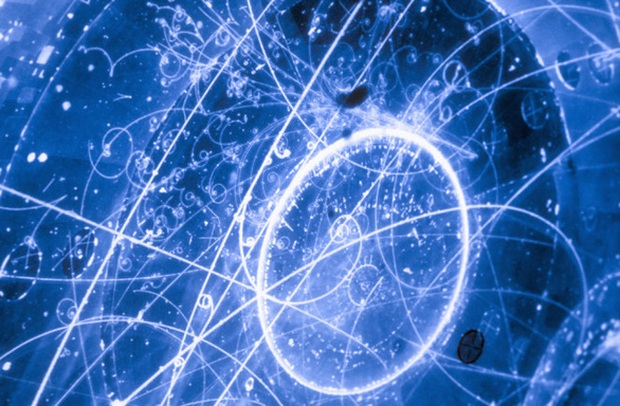 Scientists from the European Organization for Nuclear Research (CERN) in Switzerland used the Large Hadron Collider (LHC) to investigate the mass of neutrinos.

The above test showed that neutrinos are similar to electrons but have no charge and have such a small mass, close to zero, that scientists have suggested that neutrinos may have no mass at all.

In 1955, physicists Clyde Cowan and Frederick Reines of Los Alamos National Laboratory (the world’s largest multidisciplinary research institute in the US) led a team that discovered neutrinos for the first time.

Neutrinos come from beta decay inside a nuclear reactor at the Savannah River Site in South Carolina.

The first ‘natural’ neutrino was found in 1965 during an experiment deep underground at a gold mine in eastern South Africa.

However, it was not until it was discovered at the famous Homestake mine that neutrinos were truly of interest.

The Homestake mine, in South Dakota (USA), was once the largest gold mine in the US. Physicists John Bahcall and Ray Davis, Jr. built in this mine a laboratory 1,478m underground and detected neutrinos coming from the core of the Sun.

The experiment must be placed at such a depth to shield the cosmic rays that could affect the results.

However, the results at Homestake were a big deal because the number of neutrinos was less than expected – only a third of the predicted neutrinos came from the Sun.

Other subsequent neutrino detectors, such as Super Kamiokande in Japan, have also confirmed these results.

Physicists Bahcall and Davis won the 2002 Nobel Prize in physics for their discovery.

Experiments show that neutrinos are generated inside nuclear reactors on Earth and fusion reactions inside the Sun.

However, neutrinos are also “produced” in much more distant places. In February 1987, a star exploded as a supernova, visible to the naked eye. However, 2-3 hours before the visible light of the supernova reached us, an explosion of neutrinos was detected coming from the dying star. This is the first time that neutrinos have come from a supernova.

Since then, neutrinos have also been detected from events around active supermassive black holes.

Neutrinos are also relevant to cosmology, as primordial neutrinos that form in the first second after the big bang are also very common in the universe.

Looking further into the future, scientists are hoping to build a neutrino laboratory in the Pacific Ocean. This will be a giant neutrino detector at least 3.2km deep.

Neutrinos are one of the universe’s best kept secrets, and we’re only just beginning to uncover some of their mysteries right now.