According to initial information, this morning (September 22), this python was wrapped around a bonsai in the lobby area of ​​Duong Van Thi High School. Discovering the incident, the school’s security guard called a support person to catch the python together.

The school management board has contacted the Ho Chi Minh City Forest Protection Department, wishing to hand it over. The handover took place in the afternoon of the same day. 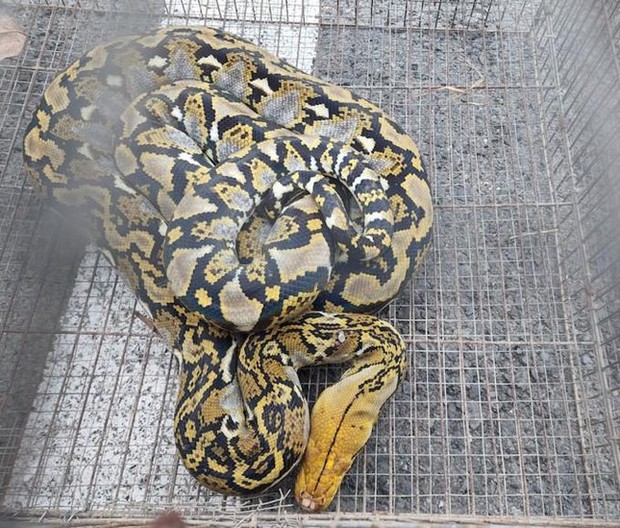 The python was brought to the Wildlife Rescue Station in Cu Chi for care before being released back into the wild. Photo: HCMC Forest Protection Department

The Ho Chi Minh City Forest Protection Department then handed the python over to the Cu Chi Wildlife Rescue Station to take care of it before releasing it back into the wild.

The brocade python, also known as the king python, the Asian reticulated python has the scientific name Python reticulatus. This animal mainly lives in Southeast Asia and was first described scientifically in 1801. This creature belongs to group IIB in the list of rare and endangered forest animals.

In recent times, brocade pythons have become popular pets. Some python breeders have selected python strains with unique mutant characteristics, such as “albino” and “tiger” breeds, etc. to raise as ornamentals.