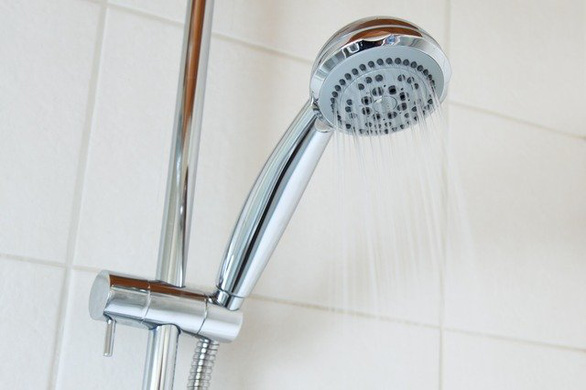 Lightning is actually a large spark that is one of the most dangerous parts of a thunderstorm. According to the National Weather Service, each year lightning strikes about 300 people in the United States. The Centers for Disease Control and Prevention (CDC) believes that a lightning strike that strikes a home or building can travel through plumbing, into water pipes, and cause an electric shock to anyone in contact. with a faucet or water dispenser.

Metal pipes are excellent conductors of electricity, but plastic pipes that carry tap water filled with impurities in the inner tubes are also capable of conducting electricity from lightning.

In practice, the chance of being hurt in this way is extremely small, but not unprecedented. Ron Holle, a former National Oceanic and Atmospheric Administration meteorologist who tracks lightning injuries, estimates that 10 to 20 people in the United States are electrocuted by lightning each year. when showering, using the faucet, or handling electrical equipment during rainstorms.

During a storm, a building is like a metal cage, electricity generated by lightning hitting the building will be conducted around the house and eventually dissipated to the ground. If we accidentally touch something connected to the plumbing, wiring or other electrical path from the wall like reinforced concrete, we will get an electric shock.

Dr Mary Ann Cooper, who runs the Lightning Injury Research Program at the University of Illinois at Chicago, said people have been electrocuted and even killed while washing dishes, doing laundry and sitting in a bathtub during storms.

According to the US CDC, lightning can cause damage to the victim to many degrees, mild, only causing skin burns, severe, causing severe muscle spasms, nervous system injuries, multi-organ injuries, etc. Cardiovascular effects include cardiopulmonary arrest and death. Most lightning-related deaths are due to cardiovascular effects.

In addition to plumbing, sparks generated by lightning can also travel along electrical wires in your home causing electric shocks or damage to electronic devices. Therefore, when there is a storm, we should avoid using electronic devices that are plugged into an electrical outlet, such as: computers, corded phones, washing machines and dryers. Particularly, mobile phones used during thunderstorms are safe because there are no wires.

The chance of being electrocuted by lightning while indoors is low, but if your relatives are accidentally using water, it will increase the risk of electric shock even more. In addition to avoiding contact with water systems, electricity, walls, another note is to avoid lying on the ground. When lightning strikes the ground, its current can travel more than 30m. Ground current is the most common cause of injury caused by lightning when people work in the fields.