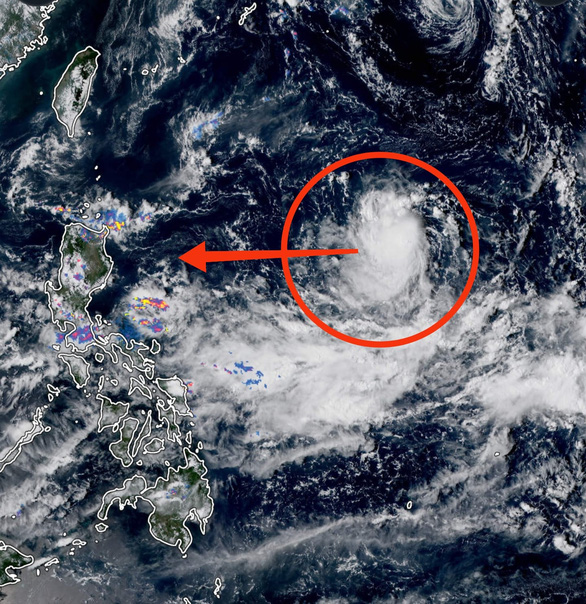 Location of tropical depression off the coast of the Philippines – Photo: NCHMF

According to the National Center for Hydrometeorological Forecasting, on the afternoon of September 22, the low pressure area off the coast of the Philippines strengthened into a tropical depression.

It is forecasted that in the coming days, the tropical depression will head towards the East Sea and is likely to continue to strengthen into a storm.

Around September 26, the storm will enter the East Sea with a strength of 9-10, level 12 and possibly even stronger.

According to the Japan Meteorological Station, at 6am this morning on September 23, this tropical depression is about level 6 strong. It is forecasted that in the next 24 hours, the tropical depression will move westward at a speed of about 15km/h. continued to strengthen into a hurricane. By the morning of September 26, the storm will enter the East Sea with strong winds of level 9.

“The central provinces are likely to be directly affected, but it is still too far to talk about the extent of the influence of wind and rain. Therefore, people need to regularly monitor forecast and warning bulletins on the road. media” – National Center for Hydrometeorological Forecasting emphasized.

In thunderstorms, there is a possibility of tornadoes and strong gusts of 7-8.

The forecast for thunderstorms in the above seas is likely to remain in the coming days.