“From friend to enemy” is the historical feature of the relationship between Bentley and Rolls-Royce – Photo: Dierso

Evolution of the “war”: Rolls-Royce owned Bentley from 1931 to 1998, so the two companies compete on a friendly basis. Their cars have many of the same parts.

Bentley started moving in a sportier direction after British defense equipment company Vickers took over both brands in 1980, but only really boomed when it joined the Volkswagen empire in 1998.

As for Rolls-Royce, due to a complex series of deals involving the name, it was finally brought under the supervision of BMW.

Current “war” situation: 22 years after the messy split, the two British luxury icons have become bitter rivals, including in the SUV market. Bentley’s Mulsanne and Rolls-Royce’s Phantom are among the most luxurious four-door models in the world.

Rumor has it that Mulsanne is about to leave the game, which leaves Phantom temporarily leading this fight for a while, until Bentley releases a new model. 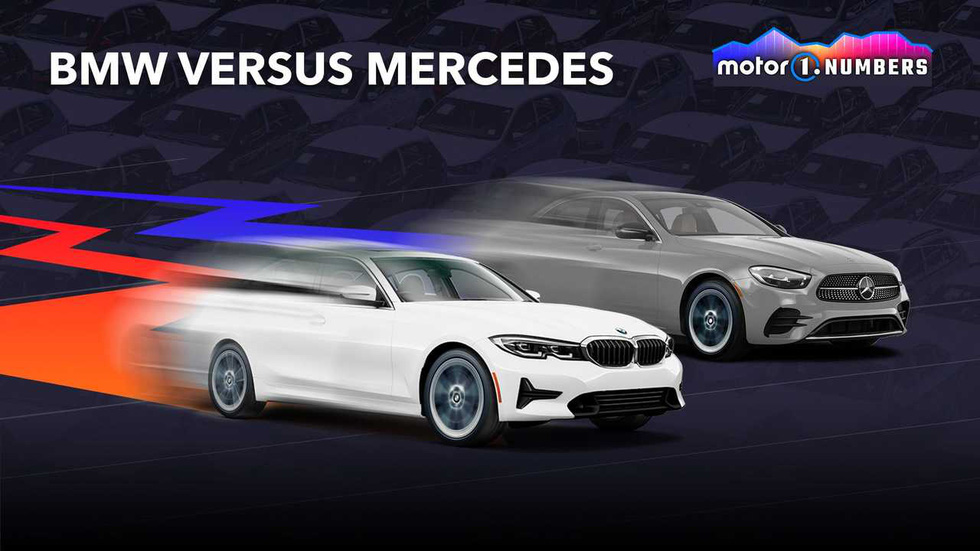 BMW and Mercedes-Benz do not stop “tit-for-tat” – Photo: Motor1

Evolution of the “war”: Initially, the relationship between BMW and Mercedes-Benz was also quite normal. BMW causes fever with family cars and race cars, while Mercedes-Benz plays in the luxury segment and elevates its image with limousines for the elite.

That “river water does not water well” relationship ended in the 1980s, when BMW turned to luxury cars and Mercedes-Benz began to increase the sportiness.

The Mercedes-Benz W123 was introduced in 1975 and the BMW 5 Series (E28) was born in 1981, opening this period. Subsequent models also constantly “collision”.

Current “war” situation: The tit-for-tat rivalry continues to this day.

However, sometimes, they also know how to let go of “hostility” when necessary. In 2019, Mercedes-Benz (then Daimler) and BMW merged car-sharing programs and announced plans to co-develop autonomous driving technology, and are co-owners of the planning company. Location and maps HERE with Volkswagen. 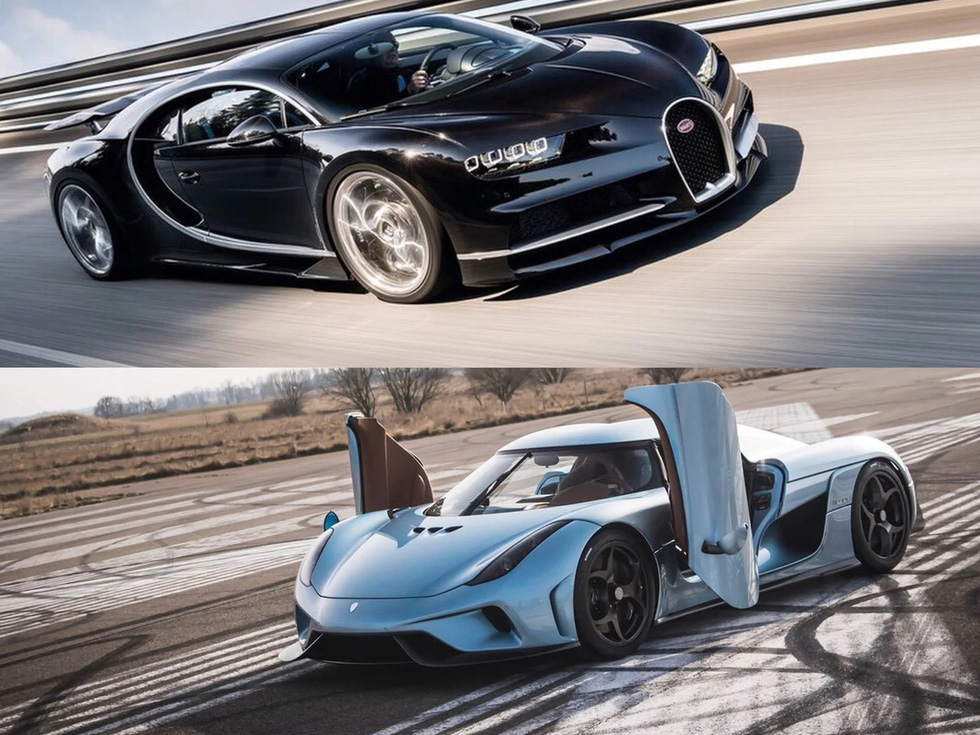 Because of a title, Bugatti and Koenigsegg suddenly became enemies, but the same title made them both tired – Photo: Motortrend

Evolution of the “war”: The limited edition Bugatti Veyron was certified as the world’s fastest car ever produced commercially when it hit 430 km/h in 2010. Koenigsegg toppled that record in 2017, with the Agera RS with 447 km/h.

Bugatti could not help but respond to the “challenge” when starting to develop the Chiron to create a new record. They succeeded with the Chiron Super Sport 300+ reaching a speed of 483 km/h in 2019.

In 2020, Koenigsegg launched Absolut with claims that the car can reach a speed of 531 km / h. However, the company could not find a test path to prove it. The most likely test track is Ehra-Lessien, which is owned by Volkswagen, the parent company of Bugatti.

Current “war” situation: In the end, perhaps both sides are tired of the speed fight. Bugatti develops other projects, while Koenigsegg also declares that he is not interested in this battle for the throne anymore.

As a rival, Cadillac and Lincoln chose the same path, went downhill and found a way to get up – Photo: Motortrend

Lincoln models have been modified many times to carry US presidents over the years, but the White House has remained largely loyal to Cadillac since the bulletproof Fleetwood entered service in 1984.

Current “war” situation: The transportation of heads of state and entourage is not enough for these two brands to stay “healthy”. Their image began to decline in the 1980s and 1990s. Ford admitted that he wanted to kill Lincoln after the 2008 financial crisis.

In 2020, both brands are getting back on track by creating products that are closer to luxury cars, less expensive than before. They also try to create their own identity, not copy German rivals as before.

A failed deal led to a vendetta in the car village – Photo: Motor1

Evolution of the “war”: These two brands do not sound like the same tray. But that was only before Ford tried to buy Ferrari in the early 1960s. The American carmaker was left empty-handed after negotiations stalled.

After that, Ford executives launched a campaign to bring down the Italian brand on the track. The first attempts failed, but they secured their first victory in 1966 with the help of Carroll Shelby, and held on for the next three years.

Current “war” situation: Gradually, the animosity subsided, although they never stopped looking at each other “not pleasing to the eye”. But Ford unexpectedly rekindled the competition when it launched the GT, a mid-engine coupe inspired by the Le Mans award-winning GT40, in 2015 and announced plans to join Le Mans the following year to celebrate the company’s first win.

The GTE-Pro-spec GT narrowly beat Ferrari’s 488 GTE to take first place, although the Porsche 919 Hybrid ultimately won. But that was enough to make Ford happy when it announced plans to discontinue its endurance racing program after the 2019 season. 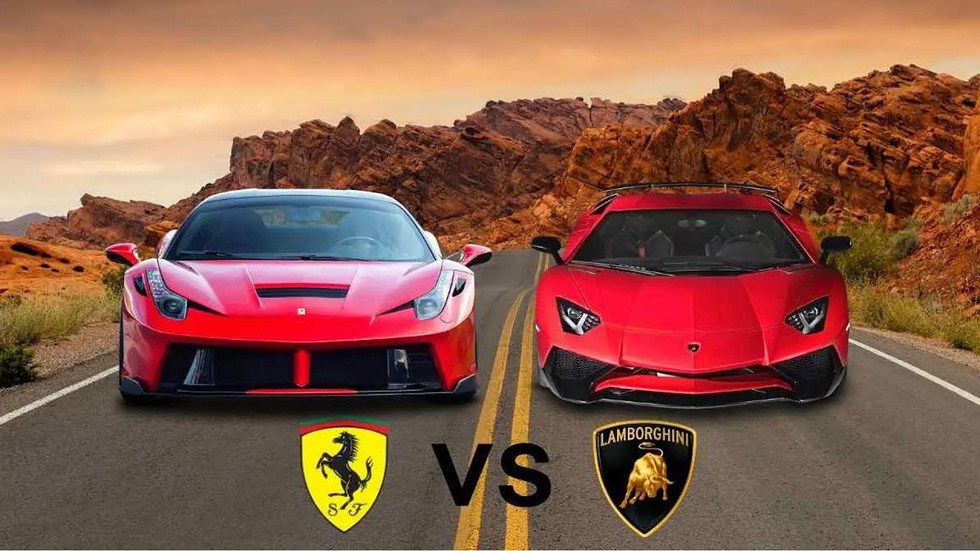 The lesson from the relationship between Ferrari and Lamborghini is: When you make a car that doesn’t make customers happy, you can create enemies for yourself – Photo: Review Supercars

Evolution of the “war”: Ferrari not only has “animosity” with Ford but also Lamborghini.

Ferruccio Lamborghini, a wealthy tractor manufacturer from northern Italy, launched his own car company in 1963 because he was tired of spending money on repairing his Ferrari.

Enzo Ferrari didn’t pay much attention to the rival’s first car, the 350GT, because the high-end coupes produced by small companies at that time cost quite a bit.

But he couldn’t ignore the mid-engined Miura introduced in 1966. The car changed the supercar segment forever. Meanwhile, it was not until 1973 that Ferrari launched the first 12-cylinder mid-engined car.

Current “war” situation: Today, Ferrari is back as an independent company after many years under Fiat, while Lamborghini has thrived under the Volkswagen umbrella since 1998.

In general, it is true that Lamborghini has angered Ferrari (so far), but at least “Pride” still has a legacy that “Crazy Cow” does not have. 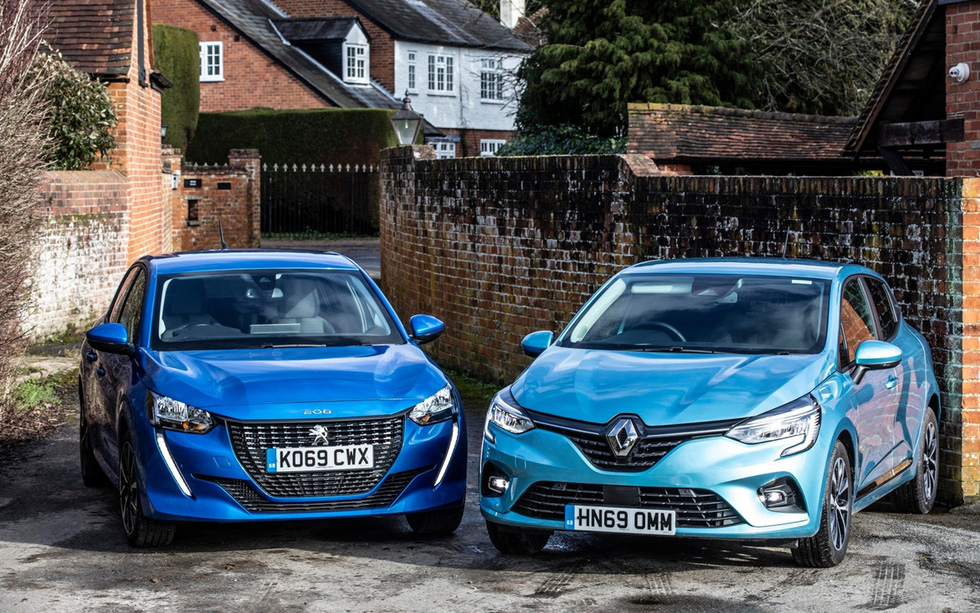 Evolution of the “war”: Perhaps compatriots are always the most annoying opponents. If Germany has BMW and Mercedes-Benz, America has Cadillac and Lincoln, then France has Peugeot and Renault.

Overall, Renault often leads, but Peugeot has never fallen behind and it increased in size throughout the 2010s by expanding its brand portfolio.

In 2019, the PSA Group (which owns Peugeot) was France’s largest car manufacturer, but Renault was the best-selling brand. That same year, Peugeot 208 was the best-selling car in France, while Renault Clio ranked third with 80,079 cars. PSA expands into the high-end market more than Renault with the DS brand, but Dacia allows Renault access to a large popular market.

Current “war” situation: Peugeot is part of Stellantis, a merger between PSA and FCA while the Renault-Nissan-Mitsubishi Alliance has shown signs of wobbling since CEO Carlos Ghosn was charged and wanted. 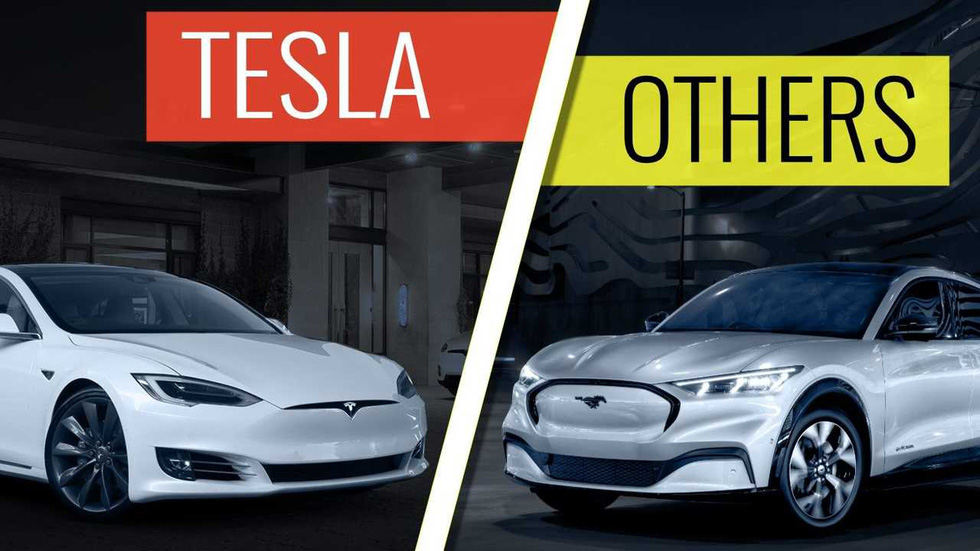 Another lesson: Laughing at someone the day before, the next day, someone can smile back – Photo: Inside EVs

Evolution of the “war”: Few people took Tesla seriously when it introduced the Lotus Elise-based Roadster in 2006. Automotive history is littered with ambitious and failed startups. The big boys in the industry have reason to be skeptical.

But then it released the Model S and surprised the manufacturers.

Naturally, Tesla became the exclusive name in the premium electric car segment in the 2010s. It wasn’t until 2019 that Porsche responded with the Taycan. Competition between Tesla and the rest of the auto industry rages on.

Current “war” situation: Every company has at least one model that aims to beat Tesla. The Model Y, for example, faces competition from the Audi Q4, Fisker Ocean, Ford Mustang Mach-E, Mercedes-Benz EQA and Nissan Ariya, among many others.