Fed Chairman Jerome Powell announced that he and US policymakers will continue the battle to control inflation. “We have to beat inflation. I wish there was a painless way to do this. But there isn’t,” Mr. Powell told reporters, amid expectations that the rate of inflation will fall. down around 2% by 2025.

The Fed has raised the base rate 5 times this year, from near zero to more than 3% today. Fed policymakers expect interest rates to rise to around 4.4% by the end of this year and 4.6% by the end of next year.

With a rate hike, the Fed will make it more expensive to get a mortgage, car or business loan. Consumers and businesses will then be able to borrow and spend less, thereby reducing inflation. But this will also slow down economic growth.

“If we don’t reduce inflation, we’re going to be in trouble. So that’s the number one thing to do,” said Fed board member Governor Christopher Waller.

Currently, rising commodity prices are putting pressure on American families and businesses, and pressure on US President Joe Biden as the US is about to enter the midterm elections in early November.

Fed officials said they were looking for a “soft landing,” meaning they would manage to slow economic growth enough to contain inflation, but not so much that it would trigger a recession.

However, economists worry that a sharp Fed rate hike over time will lead to rising unemployment and a full-blown recession later this year or early next year. They also assume that US GDP will have to grow negative for at least a short period of time in the first half of 2023 before inflation begins to fall.

In a statement last month, Fed Chairman Jerome Powell acknowledged that the Fed’s rate hike would “cause some pain” for households and businesses.

The move of the US central bank affects the rest of the world, the Financial Times reported on September 22. The Fed’s interest rate hike will cause the US dollar (USD) to appreciate against most other currencies, including Vietnam dong, putting great pressure on the USD/VND exchange rate.

The Fed’s rate hikes will exacerbate inflation elsewhere by raising the prices of dollar-denominated goods. In addition, countries with a lot of debt in USD will have a harder time due to increased debt and they may also have to consider raising interest rates to protect the local currency.

The Financial Times warns a “reverse currency war” is underway as countries try to make their currencies stronger. This week, for example, the Swedish central bank announced its biggest interest rate hike in nearly three decades, increasing it by 100 basis points to 1.75% to curb inflation.

Last week, the World Bank warned that despite the need to crush inflation, raising interest rates risks pushing the global economy into a devastating recession, leaving the world’s poorest countries with risk of collapse.

The World Bank describes the situation today as similar to the early 1980s. At the time, global interest rates skyrocketed and world trade shrank, sparking a debt crisis in Latin America and triggering a wave of defaults. in sub-Saharan Africa. 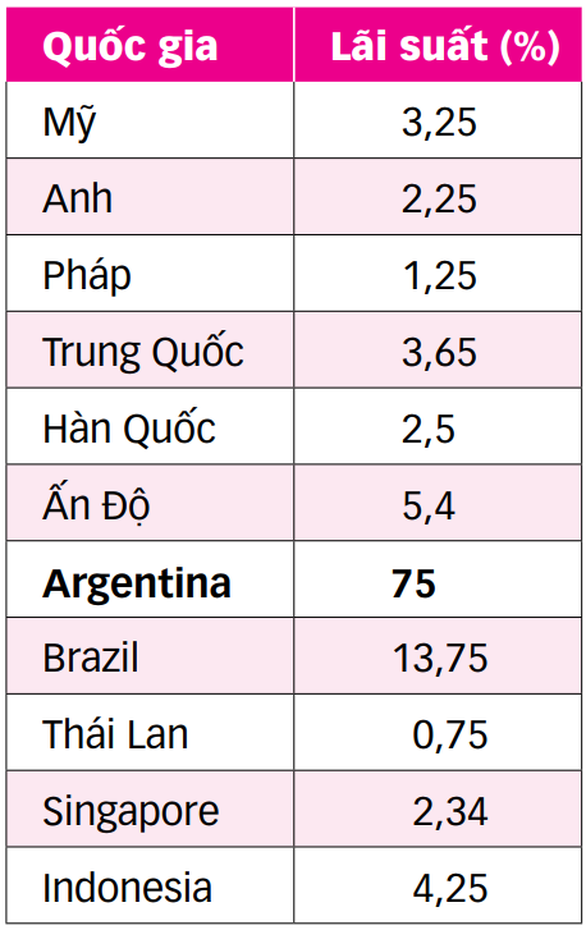 Prepare for the worst

According to the Guardian, speaking at a hearing before the US Congress on September 21, representatives of some leading US banks said that it is too early to know how the interest rate increase will affect the US economy. .

Jamie Dimon, chief executive officer of JPMorgan Chase, commented that there is a possibility of a mild recession, but a strong recession is also possible.

“Given the war in Ukraine as well as uncertainty over global food and energy supplies, the situation is likely to get worse. I think policymakers should prepare for the worst, so we can take the right actions if that happens,” he said.

According to information on the Government newspaper, after the Fed announced the interest rate increase, in the Government meeting on September 22, Prime Minister Pham Minh Chinh directed solutions to manage the macro economy.

He also called on these organizations to study and reduce interest rates in a number of objects and fields serving production and business to support people and businesses in economic recovery after the epidemic.

Also at the meeting, Governor of the State Bank Nguyen Thi Hong said that in the context that the currencies of many countries depreciated strongly against the US dollar, the Vietnamese currency was still among the least devalued group compared to the region and the world. gender.

The Governor said that the biggest challenge in macroeconomic management is still controlling inflation, although international organizations have assessed that by 2022, Vietnam can control inflation below 4% as the National Assembly target. suggest.