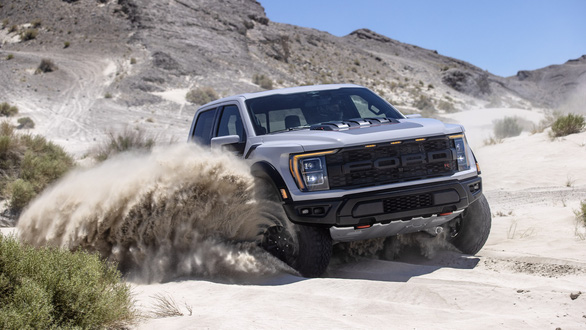 Ford F-150 Raptor R is in the group that consumes gasoline like water on the market with another name, Cadillac Escalade – Photo: Ford

Ford F-150 Raptor R, thanks to its heart is a supercharged 5.2L V8 engine, is the most powerful name in the history of the company and tops the Ford F-150 lineup in history. Power is announced at 700 hp, torque at 868 Nm.

Ford F-150 Raptor R has a starting price of 109,145 USD – a figure that is at least 37,000 USD more expensive than the regular Raptor and not much different from high-end luxury cars.

So perhaps those who can afford to buy this version will not pay much attention to the above parameters, in addition to the fact that they will have to refuel quite often if they only bring the car for urban operation.