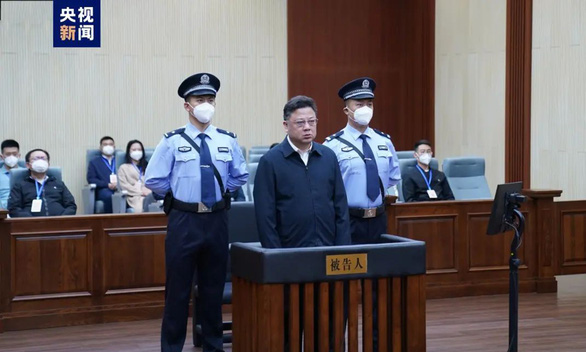 On September 23, the Xinhua News Agency quoted the ruling of the People’s Court of Changchun City, Jilin Province, saying that Sun was given a suspended death sentence for charges of accepting bribes of 646 million yuan. $91 million), stock market manipulation and illegal firearms possession.

According to the ruling, the former vice minister’s death sentence was suspended for two years, and if he reformed well during this time, it would translate into a life sentence without parole.

“(He) will be deprived of his political rights for life and all personal property confiscated,” the ruling added.

Previously, Mr. Sun was expelled from the party from September 2021 and prosecuted in January 2022.

According to the newspaper Global Times, from 2001 to April 2020, Mr. Sun took advantage of his influence from his previous positions to help others make profit and receive “kickbacks” of money and property worth 646 million yuan illegally. legal. During the first half of 2018, the official also manipulated stock market transactions, helping some individuals avoid losses of 145 million yuan ($20 million).