The phenomenon of “quiet quit” – the tendency of employees to choose not to do more of their work such as refusing to answer emails in the evenings or weekends, not taking jobs outside of their main duties, is increased especially in gen Z (the group of people born between 1997 and 2012).

Zaid Khan, a 24-year-old engineer from New York, spread the trend through a video on Tiktok in July. Khan says in the video: “You’re still working, but no longer accepting the hustle culture that thinks work is your life. And the truth is, your worth as a person is not defined. by your labor.

The hashtag #QuietQuitting has now garnered more than 17 million views on TikTok, and has spread to Twitter, LinkedIn, and other social media sites. Many major news sites such as CNN, Guardian, New York Times, Fortune, CNBC, Forbes, Bloomberg… also reported on this trend.

From a culture of hustle and bustle…

Leaving work in silence could be a backlash to the “hustle culture” in the US, according to CNBC. It is the complete opposite of the concept of trying to work for success, being aggressive and aggressive, always promoting performance and exceeding expectations.

In an interview reported by Bloomberg, Zaid Khan said: “Overwork keeps you from developing to your full potential at the company. Like many of us have experienced over the past few years, mental health Mentally and physically, it’s really important to be productive in a lot of these structured corporate environments.” 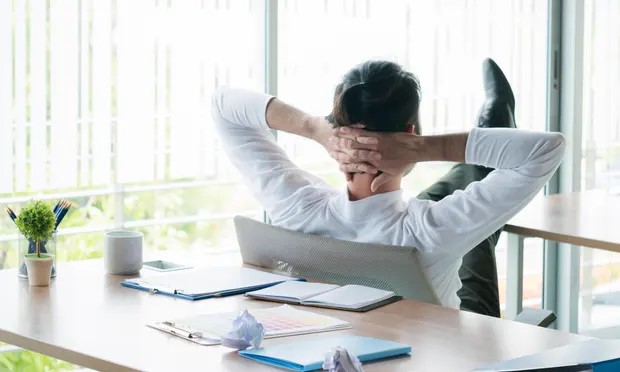 Leaving work in silence could be a backlash to the “hustle culture” in America. Photo: Jes2ufoto/ Alamy

Strategist Stacie Haller said: “Some employees no longer feel connected to work or the workplace and have a desire to focus more on their family and personal lives. With a shift in priorities First, employees feel less willing to participate in a culture of hustle.”

Research shows that burnout is a major risk in the workplace, especially for Gen Z in their 20s. A survey of 30,000 Microsoft employees found that 54% of Gen Zers are considering quitting their jobs. . In its Global Risks Report 2021, the World Economic Forum ranks “young disillusionment” as eight out of 10 immediate risks. The findings, which include the decline in mental health since the Covid-19 pandemic, leave 80% of young people worldwide vulnerable to depression, anxiety and frustration.

… to the matter of promotion at work

Along with silent dismissal, the opposite trend – “quiet firing” is also mentioned. A tweet in August, which attracted 18,000 likes and many supportive responses from followers, wrote: “A lot of people talk about leaving their jobs in silence but very little about layoffs in silence – that’s when one who did not get a raise for 5 years despite continuing to do everything that was asked of him”.

According to the New York Post, while silent layoffs dismiss the idea that employees should do more, silent layoffs are essentially the opposite. The LinkedIn post by Seattle-based hiring manager Bonnie Dilber says what this means is when an employer silently reduces the amount of work assigned to an employee or doesn’t mention the issue of promotion until the employee frustrated and quit. 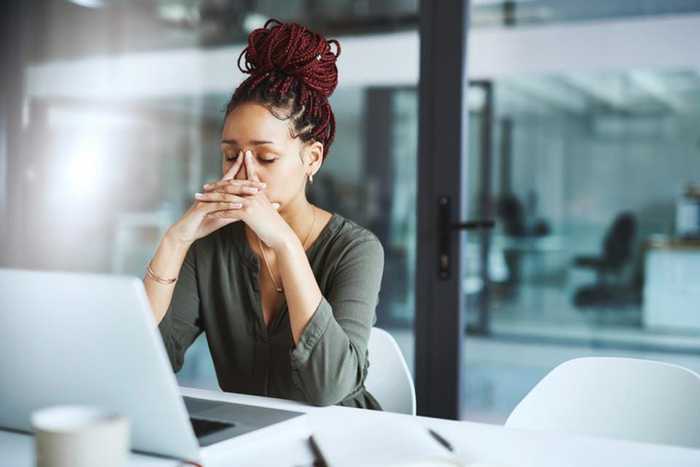 A silent layoff has little to do with the decision to literally leave the job, but rather with the actions involved. Photo: Getty Images

Silent layoffs happen all the time and are rampant, which is why it should be the focus of the discussion rather than silent layoffs, Dilber notes.

In a LinkedIn post, Dilber lists signs that an employee may be being fired in silence, such as not receiving feedback or praise, getting a much lower pay raise than a co-worker, and not getting a raise. Assign big projects or never discuss career development with superiors.

Like leaving a job in silence, a silent layoff has less to do with the decision to literally leave the job but rather with the actions surrounding it.

Dilber’s post received over 20,000 reactions and hundreds of comments, with many agreeing or saying they’ve been through it. “This has happened to me. I’ve been marginalized, rejected, isolated, ignored. I’ve experienced the feeling of doors slamming in my face during important meetings that shouldn’t have happened. I should join as a manager,” one user commented.

Others argue that both trends may just be an indication that more transparency is needed between employers and workers. “Both cases show that a bad relationship has been going on for too long, but inertia is keeping it going.”