On the morning of September 29, information from the People’s Committee of Thanh Chuong district (Nghe An province), from September 28 to 29, due to the influence of typhoon No. 4 in the district, heavy rain occurred.

“There was one person who was swept away by floods while fishing on the Lam River. Currently this man is missing, the district and commune are mobilizing functional forces to search for him.the source added. 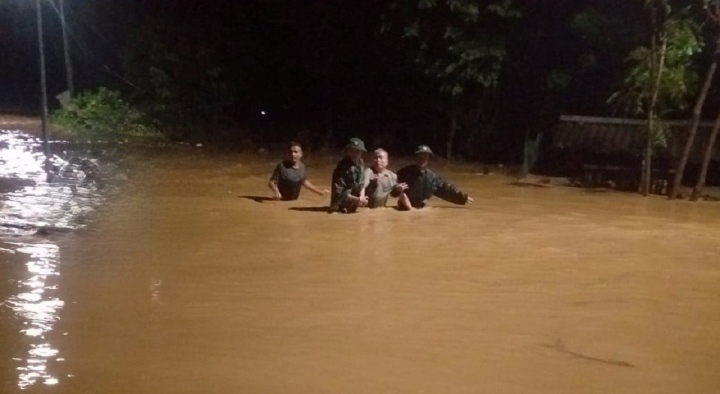 Nghe An functional forces save people in the night. (Photo: CTV)

Previously, heavy rain occurred on the night of September 28, a family in Nam Dan district, Nghe An province was eating rice, the wall of the house collapsed. Luckily everyone was able to get out in time. 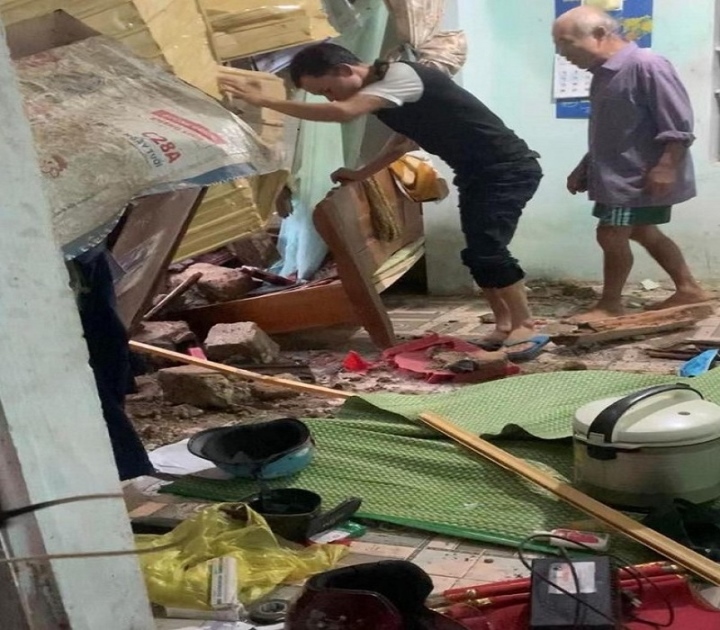 The house of a household in Nghe An collapsed while eating. (Photo: CTV)

According to the report of Thanh Chuong District People’s Committee, in addition to human losses, this district has about 510 houses flooded; 2 schools in Thanh Ngoc and Thanh Nho communes were flooded; 5 houses that have to be relocated due to landslides; 1 house collapsed, completely damaged. About 500m of the wall of schools, houses and the headquarters of Thanh Ngoc Commune People’s Committee collapsed.

Besides, there are nearly 5km of concrete rural roads seriously eroded; nearly 1km of canals and canals were eroded; 170ha of aquatic products suffered damage of over 70%; over 100 hectares of damaged vegetables and industrial plants; more than 500 poultry, cattle, and pigs died… Currently, the damage is estimated at billions of dong.

According to the National Center for Hydro-Meteorological Forecasting, today (September 29) the southern delta and northern coastal areas, Hoa Binh, Thanh Hoa and Ha Tinh have moderate rain, heavy rain and thunderstorms, some places with rain. very big; Nghe An area has heavy rain, there are places with especially heavy rain. Rainfall from 7pm on September 28 to 3am on September 29 has over 170mm such as: Thanh My (Thanh Chuong, Nghe An) 329mm, Thanh Huong (Thanh Chuong, Nghe An) 251.2mm, Da Son (Nghe An) 218.6mm, Do Luong (Nghe An) 195.8mm, Nghi Hai (Nghe An) 186.8mm, …