At the 7th minute, Hanoi FC’s net vibrated. From the left wing, a player who used to practice in the youth team of Villarreal (La Liga), Blascio Mario had a favorable suspension phase, completely eliminating the Hanoi FC defense to let Tran Dinh Hoang hit the finish line, opening the score. match.

Once again in this season, Hanoi FC had to fall into a chase when meeting SLNA. Earlier in the 10th round, the Nghe team was also the first to score. 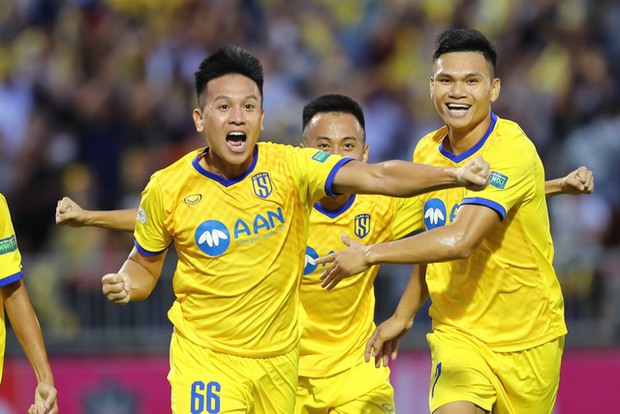 After the early goal, SLNA actively played closely, giving up the game to wait for the opportunity to counterattack. This kicking style of the opponent makes Hanoi FC difficult. Coach Chun Jae-ho’s army many times had to use long passes to cross the line, cross from two sides, but these options proved to be deadlocked.

Passionate about attacking, almost the away team had to pay the price. In the 39th minute, Xuan Tien performed a solo effort from the right wing into the penalty area and finished in the far corner, but Van Cong was able to save the match. The ball bounced off to where Oseni was. Unfortunately, the striker of SLNA missed again even though the front goal was wide open.

If SLNA gets a goal to make it 2-0 in this situation, the match will be even more difficult for Hanoi FC. 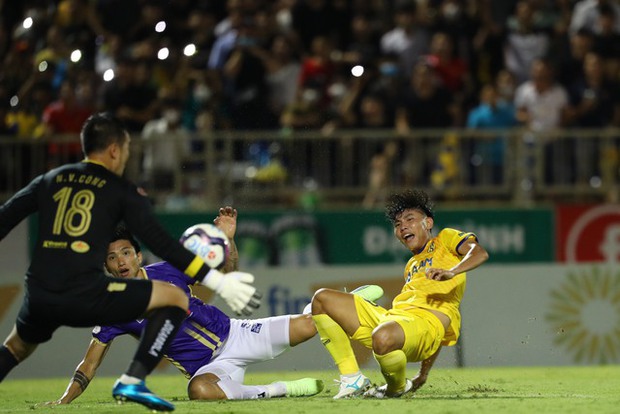 Entering the second half, Hanoi FC continued to increase the pressure. In the 52nd minute, Lucao put the ball into the opponent’s net, but the referee raised the flag for offside.

However, in the 69th minute, the Brazilian striker got what he needed. After Thai Quy’s good pass, Lucao controlled and then finished dangerously into the high corner, making goalkeeper Van Tien unable to return. After only 2 matches, Lucao has scored 2 goals for Hanoi FC. This is clearly the impressive debut of the striker born in 1990. 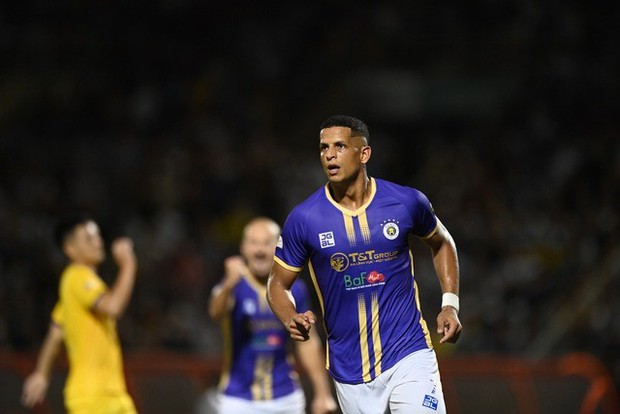 Being equalized, SLNA decided to push up the squad. This makes the last minutes of the match take place in a very attractive tit-for-tat position. The ball once reached the SLNA goal post in the 90th minute in the regret of Hanoi FC.

The match ended in a 1-1 draw. Hanoi FC broke the streak of 7 consecutive wins but still led the table with 30 points and maintained a 9-point gap with SLNA. However, the gap between them and the chasing group was narrowed to 7 points because in the match at the same time, Hai Phong Club won 4-2 against Ho Chi Minh City.