On the afternoon of September 30, information from the Commanding Committee for Disaster Prevention, Search and Rescue and Civil Defense of Nghe An Province said that during the heavy rain from September 28 to September 30 due to the circulation of typhoon No. ) caused 6 deaths, 1 missing. 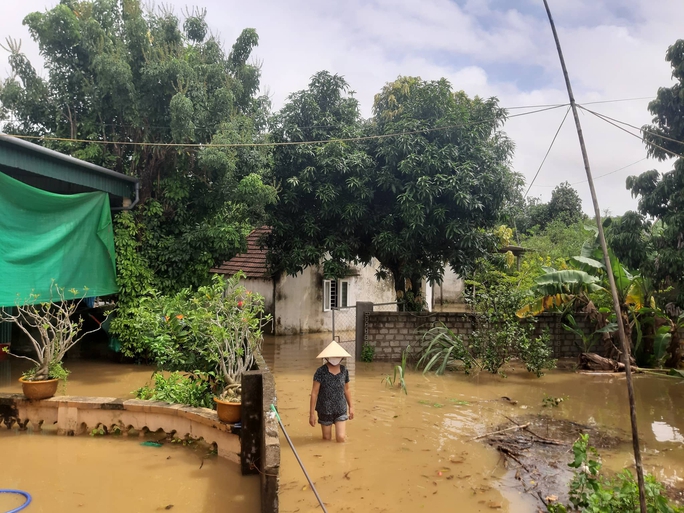 Although the rain has stopped, many houses in Nghe An are still submerged in water.

In addition, heavy rain due to the impact of typhoon No. 4 in Nghe An province has flooded 13,576 houses and displaced 764 households to a safe place. Flooding caused damage to 1,533.24 hectares of rice; 7,403.88 hectares of crops; 400 cattle and 65,716 poultry were killed and swept away… Although the rain had stopped, as of the evening of September 30, many residential areas in Quynh Luu districts, Hoang Mai town, Thanh Chuong district, Yen Thanh district… still submerged in water.