The future of the global car village will probably see electric cars and gasoline cars compete in the No. 1 position, without the fact that one side explodes, the other side disappears – Photo: Hyundai

Many car manufacturers around the globe such as Audi, Rolls-Royce, Volvo or Bentley have recently outlined plans to only sell new electric cars from about 2030 – 2035 onwards.

However, traditional automakers also remember that the internal combustion engine is the foundation that has helped them build their “empire” foundation in the global car market. The cost of developing, testing, assembling and evaluating engines makes the game in the global car village, in fact, there are no new names that can squeeze into the top group.

In the era of electric vehicles, this advantage of major car manufacturers immediately disappeared. Tesla is the clearest proof that a brand new brand can succeed, even rise to the top of the market, as long as they can afford it. Rivian, Lucid or even VinFast are considered companies that can succeed thanks to the opportunity electric cars bring.

It is true that famous car manufacturers have the advantage of production scale and partly financial capacity. However, the two biggest playgrounds in the electric vehicle segment, drive motor technology and battery technology, still have no one to hold the upper hand.

If there is a new name that successfully develops strong, durable motors and high capacity batteries, fast charging and good longevity, they are the name with the highest probability of success. 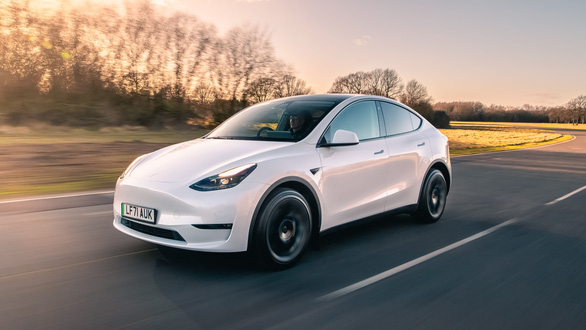 Tesla is proof that a company can afford to overthrow the order that has been established by global automakers for decades – Photo: Top Gear

In fact, international car manufacturers are forced to develop electric vehicles partly because of pressure from governments. Many regions are looking to impose a law that only allows electric vehicle sales from the next decade onward, forcing automakers present there to plan ahead.

But what about in other regions? Not every country is ready to serve electric vehicles in both the public charging network and the total grid system.

Users in many places have also shown that they are not too interested in electric cars, partly because of the still high price of this car model while the other part is probably to wait for more mature electric vehicle technology.

If you abandon cars with internal combustion engines and focus on electric cars, international car companies will lose the way back. Their market share and foothold in countries that are not ready will completely disappear.

Let’s take a small example: SUVs may be on the rise, but sedans and minivans aren’t going away completely either. Although they may no longer have the same high sales and market share as before, the parameters of these segments will gradually stabilize to a balanced threshold.

Gasoline and electric cars are likely to too, and brands like Toyota, Honda, Hyundai-Kia and BMW, which have already confirmed that they haven’t given up on cars with internal combustion engines, will be the beneficiaries. more beneficial.