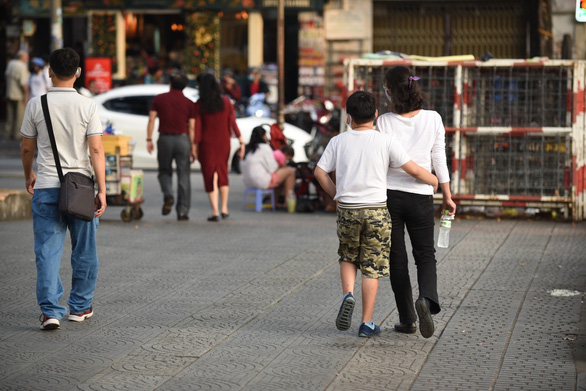 Can push children into depression

* Madam, at the age of children, the occurrence of conflicts between children is inevitable. When there is a conflict, how should parents behave to avoid hurting the children on both sides?

– Any school environment cannot avoid conflicts between children, the important thing is just a little or a lot. Many parents, when they see their children being bullied, have conflicts, have a hot temper, make things big, even put pictures of their children on social networking sites…

This is not advisable, it is this inadvertently hurting the child, affecting the child’s psychology and health in the future.

When children have conflicts, as parents, of course, we will have to put the interests of our children first. However, parents need to calm down and control their emotions to choose the right method.

It is important not to put pictures of children on social networking sites, not to use violence to solve problems, not to make a fuss because they are more harmful to them.

Many places in the school have a voice such as the parent association of the class, the school, the parents of both sides negotiate to solve the problem…

* How does the parent’s temper, the use of violence, and the posting of pictures of their children on social networking sites affect children?

– At the school age, children are not yet perfect in both psychology and physiology, have not yet controlled their emotions, are impulsive, and especially cannot think much about the consequences of their actions after they have caused them. .

Parents are their children’s role models, when they see parents using violence to resolve conflicts or making noises, loudly making the other person silent, children will think that this solution is appropriate, they will easily imitated the actions of their parents when growing up.

After the case is resolved, the child may be isolated in class, alienated from friends, will feel self-deprecating, if this situation persists for a long time, the child may become depressed, even lead to depression. to negative behaviors.

Parents thinking that just making things big and changing the environment is not necessarily a good solution.

With the strong spread of social networking sites, the children’s names are spread quickly, when the environment changes, many new classmates know that the child has used violence, which will also lead to the child being bullied. established, difficult to integrate, inevitably whispering around…

* Madam, how do parents know that a child is having a conflict with someone, many children who are bullied often have a fearful attitude and do not dare to share?

Under the pressure of life, many parents often do not spend much time with their children, leading to separation from children, not understanding and sharing with them.

When children have conflicts, parents can observe their children; children often have expressions such as sadness, fatigue, irritability, children are afraid of going to school, their learning results are affected, they do not want to see anyone, their eating and sleeping are affected… parents need to care, talk, Find out the cause to get the right treatment.

* What should parents, teachers and schools do to limit children’s conflicts leading to unfortunate consequences, ma’am?

– Currently, in some schools, teaching children skills to deal with school conflicts has not been invested and paid attention to.

To achieve high effectiveness in teaching children to behave requires staff of the school psychology consultation room to have commitment, sharing and accompanying students.

When the school detects that there is a conflict between groups of children, it is necessary to find out the cause of the conflict. When it is discovered that a group of children is acting dangerously, it should immediately coordinate with parents to let them manage their children. and reassure children, in case it is not possible to negotiate, it can be through the intervention of the authorities.

Organize more extracurricular activities, reduce the pressure on students, when there is a conflict, the school should not expel them, please open a way for them. 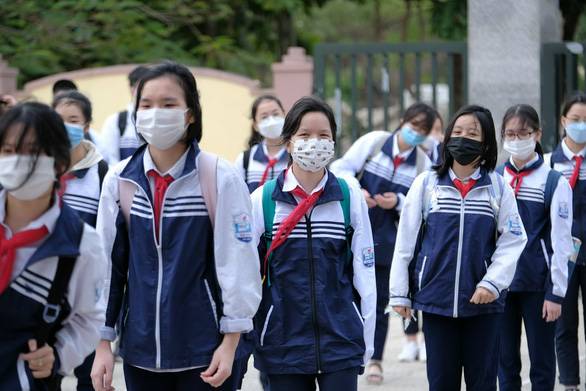 According to a survey of doctors within 6 months of 2019-2020 (conducted at the National Children’s Hospital with 10-19 year old students), up to 55.6% of children had traumatic problems. (Study pressure 20%; family pressure 20.5%; friendship in school 4.9%). Stress and depression are common in 14-year-olds and 17-year-olds, which is consistent with the age of exam preparation for transition.

“At the hospital, there are more and more cases where parents bring their children to be examined for psychological problems. On average, the hospital receives about 300 general illnesses every day. Especially, during the exam season, the number of teenagers visiting the clinic has can increase up to 4-5 times”, Ms. An informed.

Dr. Tam believes that many stories “children compete in this school, that school for their parents”, these are misdirected actions that easily lead to negative consequences for children. Parents need to help their children perceive, choose, not force their children.

Recently, the public has been stirred up by cases of children committing suicide due to academic pressure. After that, many parents take their children to a mental health clinic. However, it is worth mentioning when visiting the doctor that many cases of children having problems 3-5 years ago but parents did not know.

Many parents believe that “there is no need to put pressure on children, they want to learn, they will learn on their own”. However, “you can do whatever you want” will cause mixed reactions.

Many children use stimulants to “wake up” to study for exams

According to Dr. Tam, the biggest mistake is that the closer you get to the sprint, the more you learn. Many children use every means to stay awake so that they have more time to study for exams.

“Children can use tea, coffee, even stimulants such as stamps, grass… to stay awake longer. Those are quite common cases that the institute has received and examined. very dangerous, not only does not help children learn better but also affects health.Stimulating substances containing drugs can cause hallucinations, affect the nervous system.

Besides, the exhausting, trying to cram knowledge near the exam will cause excessive stress and ineffectiveness.

Therefore, before each exam, students should reduce their study intensity accordingly, take time to rest to choose the best “falling point” both mentally and in terms of knowledge”, Dr. Tam recommended.