In 2007, a picture of an 8-year-old girl, swinging a rope on a fast-flowing river, spread across social networks at breakneck speed. Not only is this photo sympathetic to the child’s plight, but it also paints a true picture of the poverty situation of people living in remote areas in China. 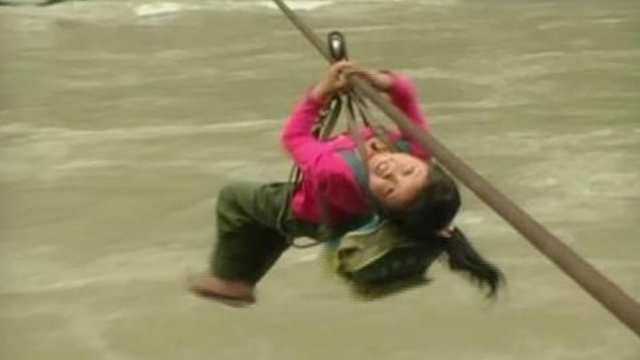 The image of an 8-year-old girl with a small physique, alone swinging a cable across the river to go to school can make any adult shiver because of concern for her safety.

The girl in the frame, named Yu Yanqia, is a Li Su, an ethnic minority in Nujiang in Yunnan province (China). At that time, where Yu Yanqia lived, the cable and pulley system was considered the main means for people to access the outside world. Every day, both adults and children have to swing themselves on the Na Giang River – the widest and longest river in Asia, with fast-flowing currents despite many potential risks that may have to be traded. life.

Yu Yanqia’s photo was taken and posted by a female journalist. In any frame, one can see Yu Yanqia smiling brightly, because crossing the river to go to school has become a daily habit of Yu Yanqia as well as the children here since childhood.

Immediately after the photo of “the little girl swinging the cable car” gained widespread attention across China, a media company initiated a charity fundraiser to build a bridge near Yu Yanqia’s school. . In March 2008, the bridge was completed and Yu Yanqia became the first local to cross the new bridge. 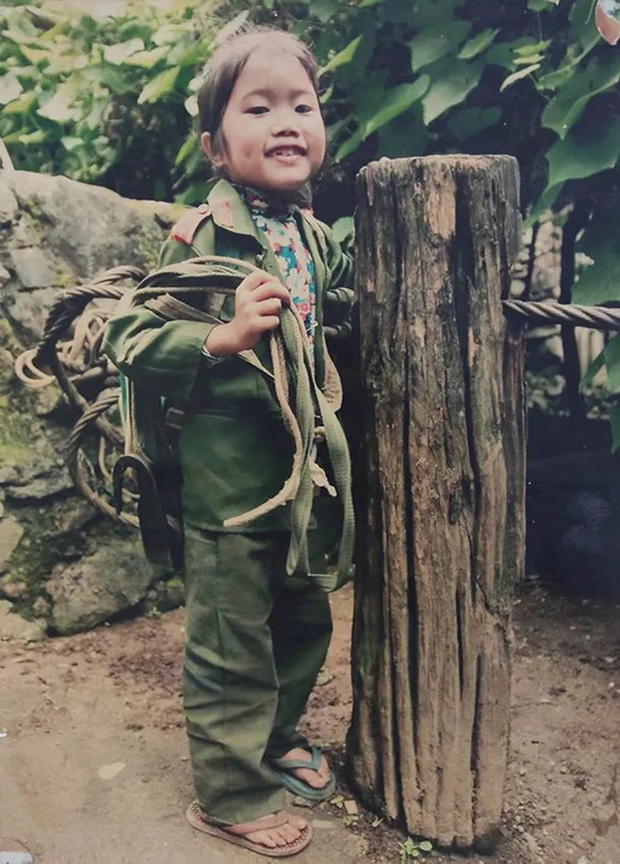 The story of Yu Yanqia’s plight received much love from netizens. Thanks to that, she had the opportunity to be invited to visit major cities of China such as Kunming and Beijing, thereby broadening her worldview and gaining hope to strive for a new life. Not only that, all members of Yu Yanqia’s family were supported to move to a new house by the river that was more spacious and less dangerous. Yu Yanqia also received a lot of tuition subsidies during her school years.

“Everyone’s support is a ray of hope for me during difficult times in my life. It is also a motivation for me to be determined to study hard.”Yu Yanqia shared.

In 2018, Yu Yanqia passed the entrance exam to Kunming Medical University (Yunnan province), becoming the first university student of the people of Lisu. After graduating, she refused many offers from hospitals in big cities, to return to her hometown to work at Na Giang People’s Hospital, with the desire to help her compatriots.

“There are so many people who have helped me along the way. I wouldn’t be who or where I would be without them.”Yu Yanqia said. 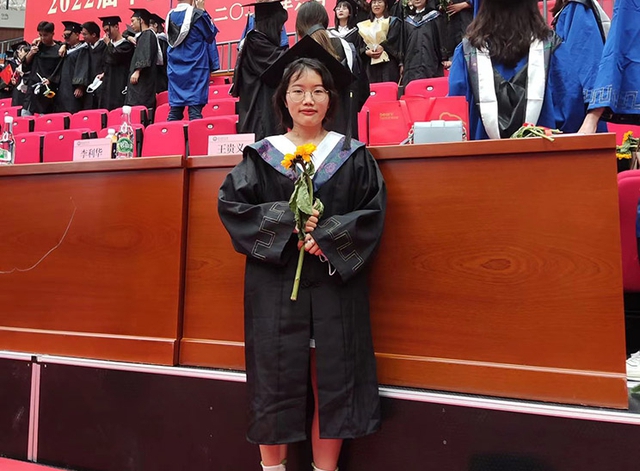 After graduating from University, Yu Yanqia turned down the opportunity to work in big cities. She wishes to return to her hometown to help the people here.

In fact, Yu Yanqia can be proud of herself when the image of her old cable swing has really created a positive effect in the online community. Thanks to Yu’s photo, other bridges have “sprung up” across her hometown. In 2011, after the local government started the project Replace Cable into Bridge, More than 40 steel cables were removed and later replaced by 36 bridges spanning the Nujiang River and two other major rivers in Yunnan province.

Along the banks of the No Giang River, tourism development policies have been implemented by the government with the aim of creating jobs for people, as well as improving the lives of disadvantaged children here. From a locality that was always considered difficult to “access” just a few decades ago, the area along the No Giang River has gradually changed, bringing a better quality of life to people in the area. 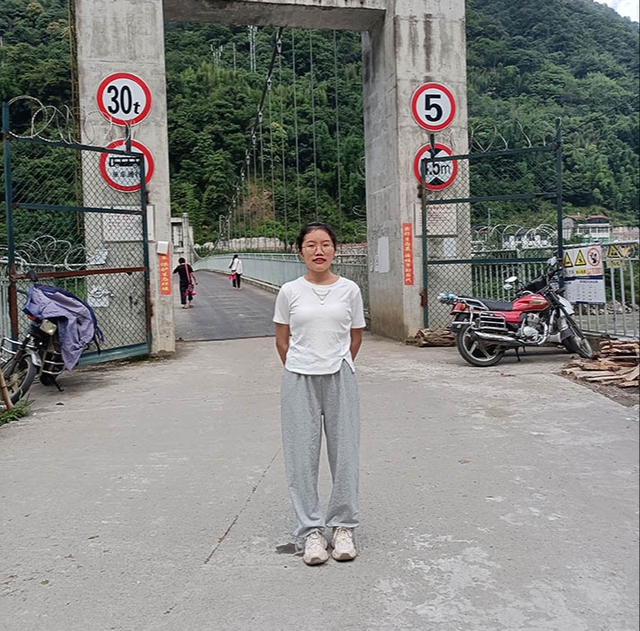 Yu Yanqia as an adult