Today (September 29), due to the impact of weak cold air combined with the tropical convergence band, the southern part of the Northern Delta and the North Central region had moderate rain, heavy rain and thunderstorms, in some places. the rain is very heavy. 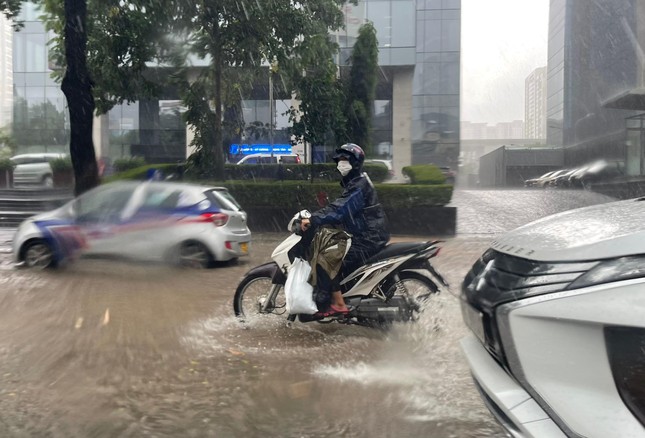 The North and Central regions will continue to receive rain for many days to come.

Hanoi capital from the night of September 29 to October 1, sometimes showers and thunderstorms, with heavy rain locally.

The meteorological agency forecasts that thunderstorms in the North and North Central regions are likely to last until October 2-3. In which the heaviest rain is from tonight to the night of October 1. In 2-3/10 rain continued in this area but decreased in intensity. During thunderstorms, there is a possibility of tornadoes, lightning and strong gusts of wind. Risk of flash floods, landslides in mountainous provinces and inundation in low-lying areas.

Due to prolonged heavy rain, from tonight (September 29) to September 30, a flood is likely to appear on rivers in Thanh Hoa. During this flood, the flood amplitude upstream of rivers is from 3-5m, downstream from 1-3m. Flood peaks of small rivers, upstream of Ma up to level BD1 and above BD1, downstream of Ma river below BD1.

In addition, due to the impact of the southwest monsoon, from the night of September 29 to September 30, other areas in the North, the South Central, the South Central Highlands and the South have showers and thunderstorms, locally. heavy rain with rainfall of 20-40mm, some places over 70mm. Thunderstorms are forecast in this area for the next several days.