It’s been almost four years since Huawei was subject to US sanctions, which knocked the company out of the number two spot in the smartphone industry. But now, a senior Huawei executive has made some promising statements about what may have happened.

“Without the intervention of the US government on us, the major mobile phone manufacturers in the world would have been Huawei and Apple. Although I am not very modest, these could have been the results of today.” The CEO of Huawei’s consumer business, Richard Yu, made the statement at a forum on auto manufacturing in China. 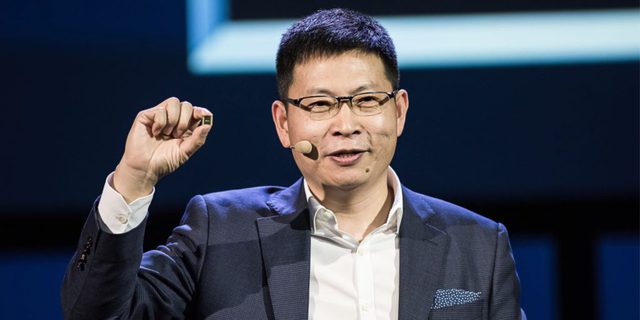 “Others are small manufacturers, including ‘Korean companies’ [Samsung], mainly selling products in the US and Korean markets. The other markets are basically the same, the industry is constantly being reformed and the competition in the market is fierce.” Mr. Yu added.

However, the reality shows that Samsung was the top smartphone manufacturer in Q1 2019 (the last quarter before the sanctions on Huawei were implemented), followed by Huawei and then Apple. To be fair, it is difficult for anyone to consider Samsung as a “small manufacturer”.

But Huawei’s annual growth forecasts predict it could overtake Samsung within the next few years. The company is experiencing 50% year-over-year growth and this is a remarkable performance. 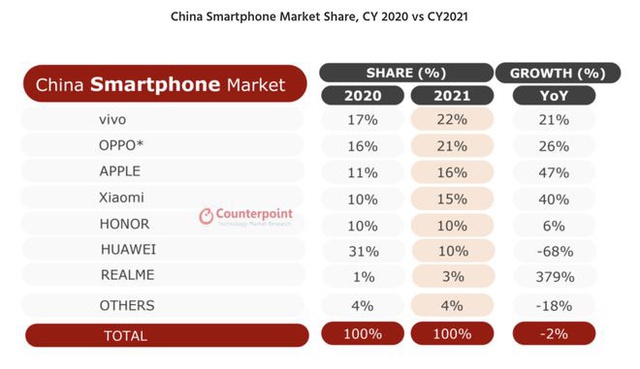 However, in the smartphone business, data from Counterpoint shows that Huawei’s phone sales in the Chinese market in 2021 have plummeted. Even its market share has decreased by 68% over the same period last year. The company was even still blocked from accessing Google services and other US technology, which Mr Yu acknowledged was “the cruelty of the industry”.