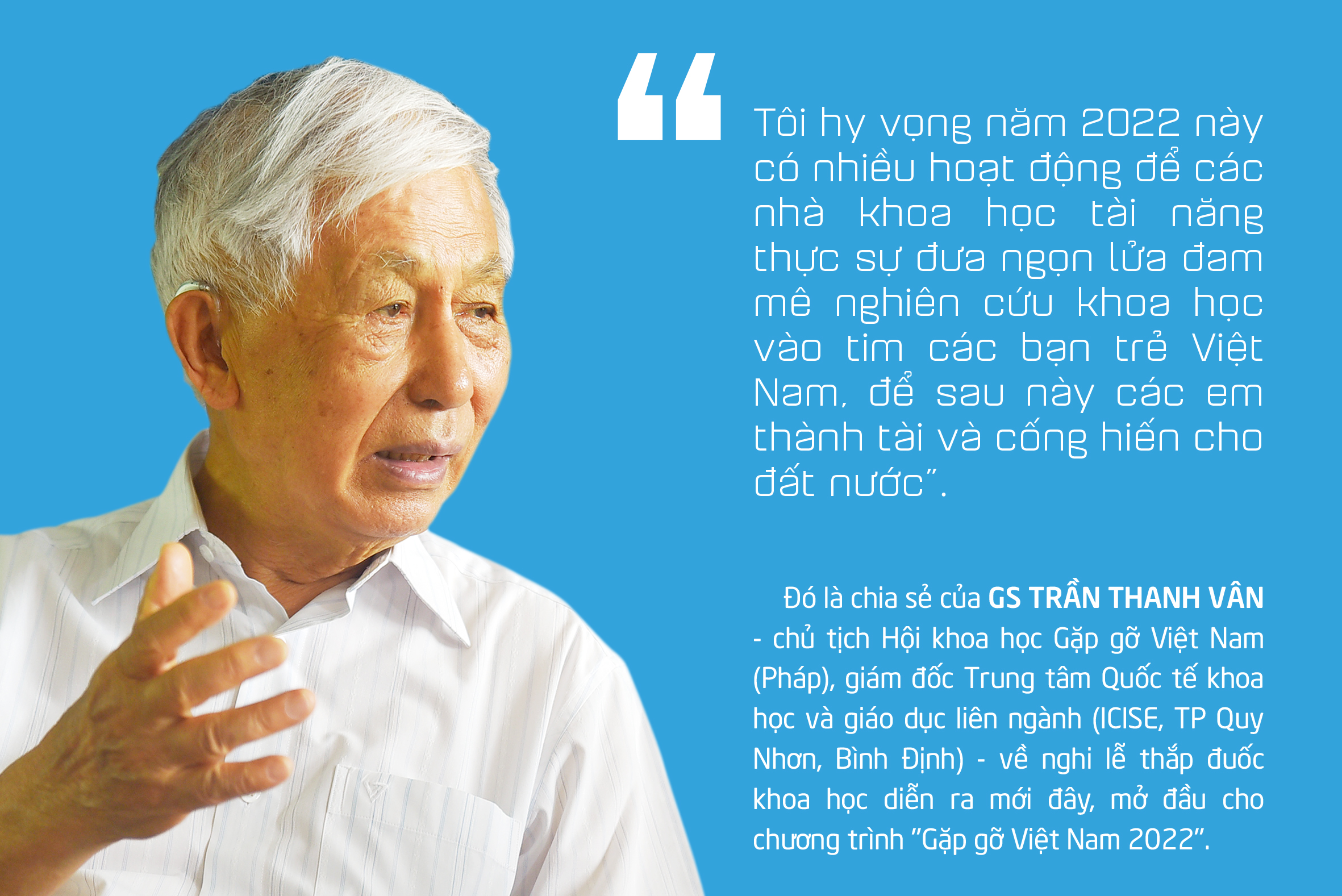 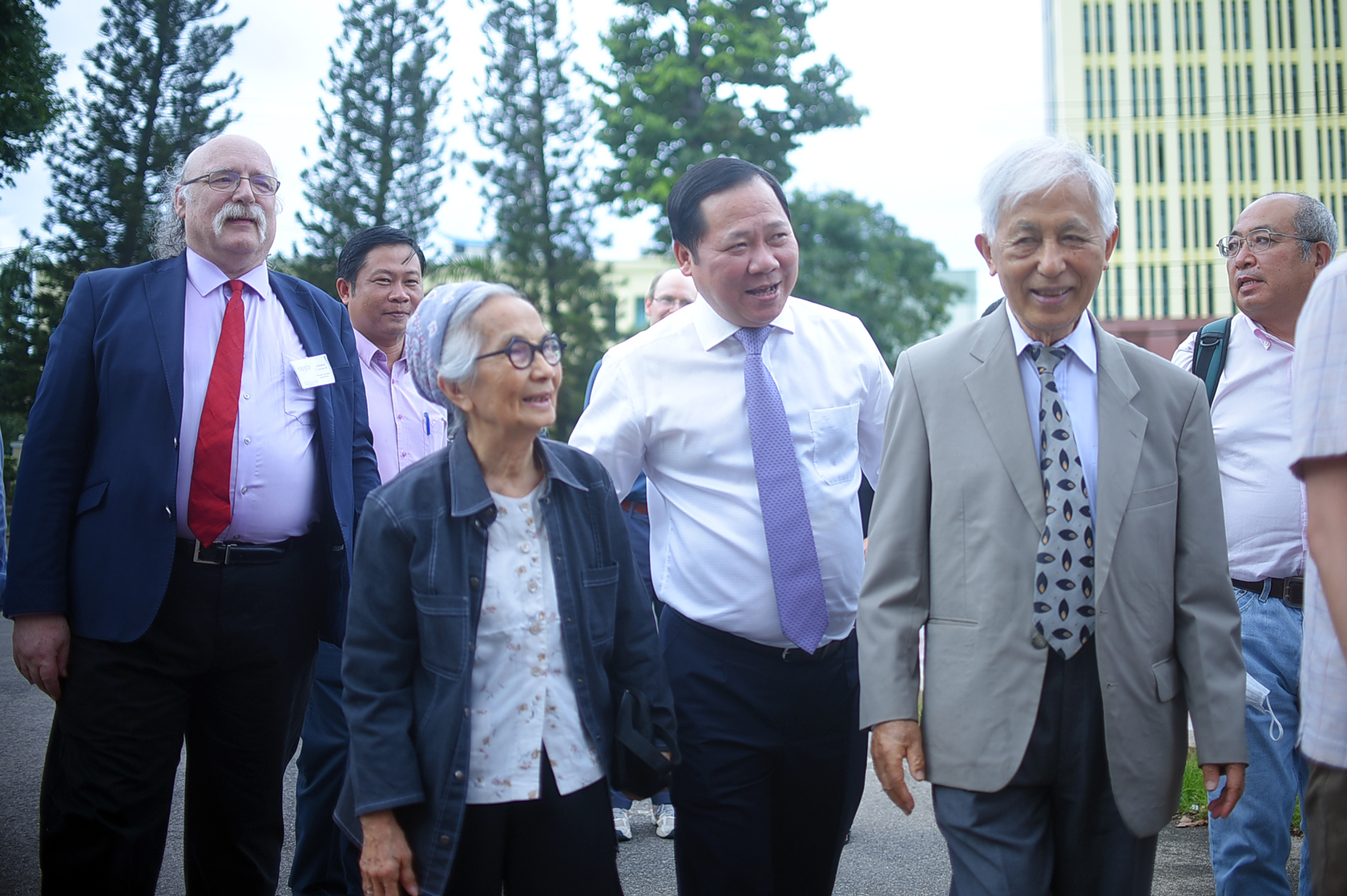 On this occasion, Prof. TRAN THANH VAN gave Tuoi Tre a conversation about the story of sparking scientific research.

* For the first time in the program “Meet Vietnam” held at ICISE, we see a new point, which is the scientific torch lighting ceremony. Why is there this ritual and what does it mean, sir?

– Since 4 years ago, we and our French friends have been preparing for the “International Year of Basic Science for Sustainable Development 2022”. 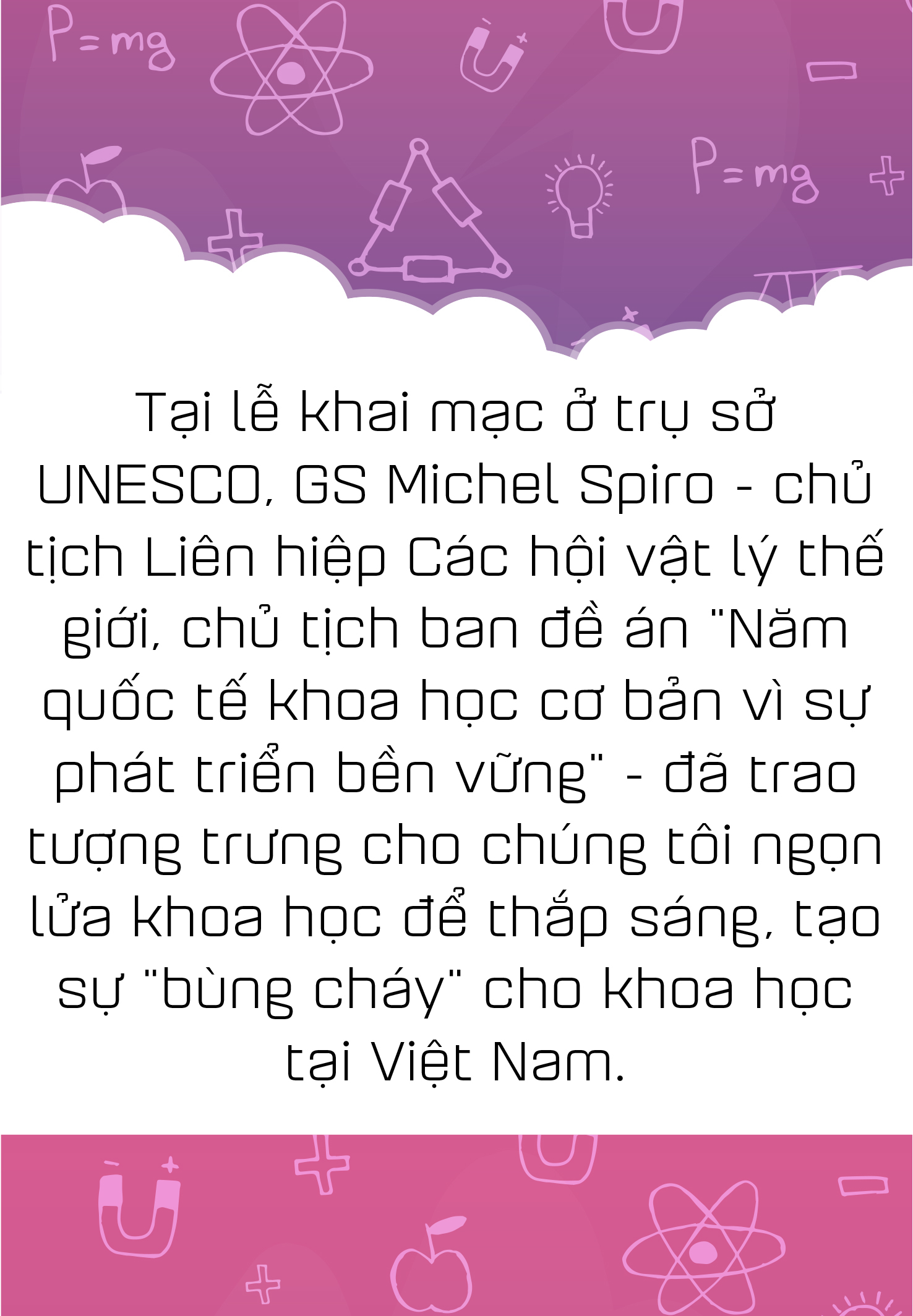 This project has received the support of 30 Nobel laureates. In December 2020, we submitted it to the United Nations General Assembly and in January 2022, it was approved.

On July 8, 2022, the opening ceremony of “International Year of Basic Science for Sustainable Development 2022” was held at UNESCO headquarters in Paris (France).

The United Nations and UNESCO have chosen the international scientific conference “Head-to-head Quantum Electronics” to be held at ICISE in Vietnam from July 10 to 16, 2022 as the first scientific event in the world. responding to the “International Year of Basic Science for Sustainable Development 2022”.

The very next day (July 9), we flew back to Vietnam from France and on the morning of July 11 held this scientific torch lighting ceremony to mark the world’s first scientific event, lighting up the spirit of God. Honor of science celebrates the “International Year of Basic Science for Sustainable Development” at the ICISE Center.

* At ICISE there is a very special “work”, which is the Nobel Garden. What is the idea and purpose of this garden, please? 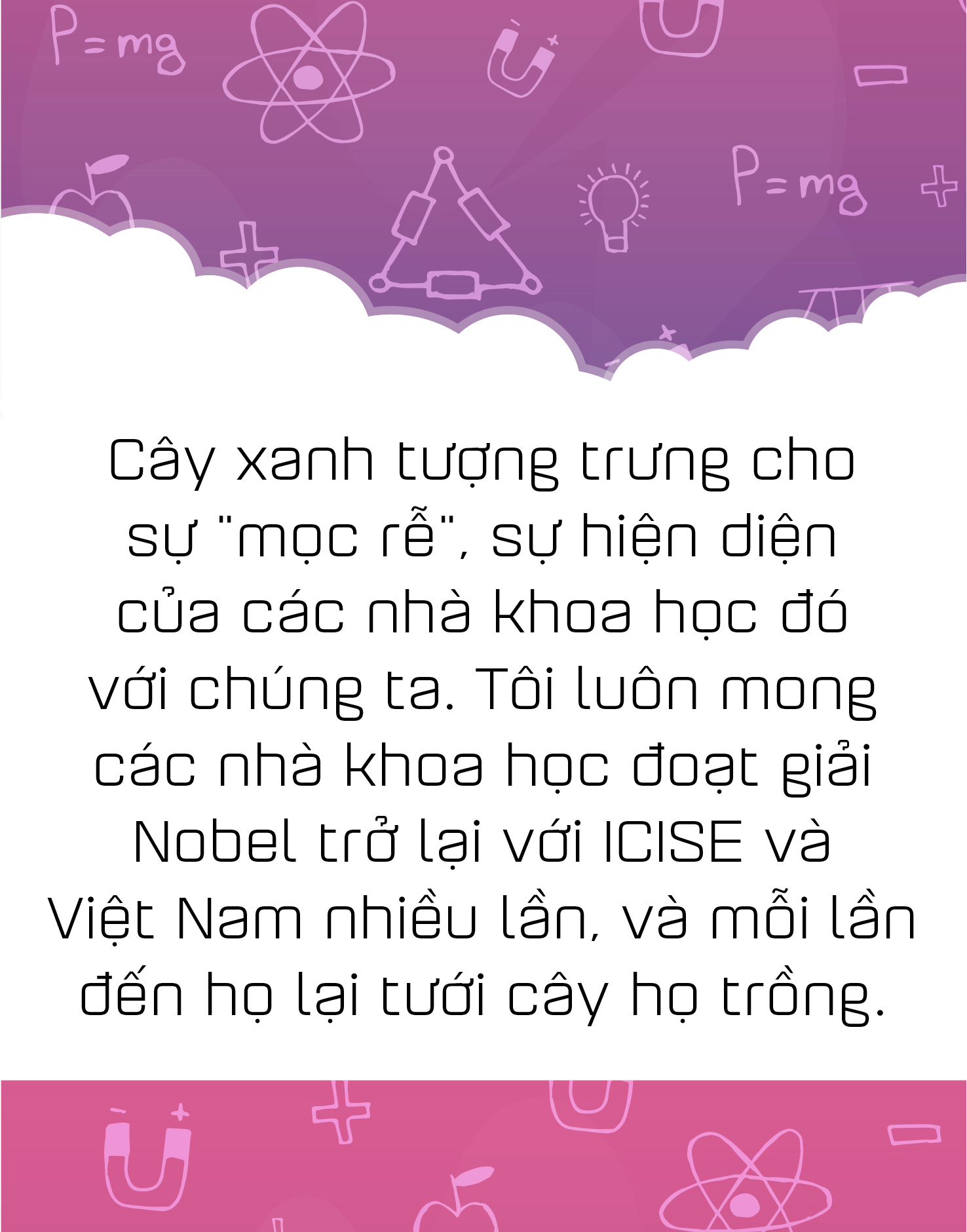 – For a science center, the landscape is especially important, and the Nobel Gardens are part of the overall landscape of ICISE.

We dedicate a part of the area to establish this Nobel Garden with the hope that Nobel Prize-winning scientists, famous scientists who have been awarded the world’s top prestigious awards in their research fields when When coming to Vietnam’s ICISE, plant a souvenir tree here.

A Nobel Prize-winning professor asked me why the tree he planted seemed to grow less than the tree next to it, I said jokingly that it was probably because the professor came to this science center many times and watered the plant, so it developed. grow faster (laughs).

Up to now, this orchard has planted trees of 16 Nobel Prize winners and Fields Prize winners (mathematics)… The garden grows well and is always green. 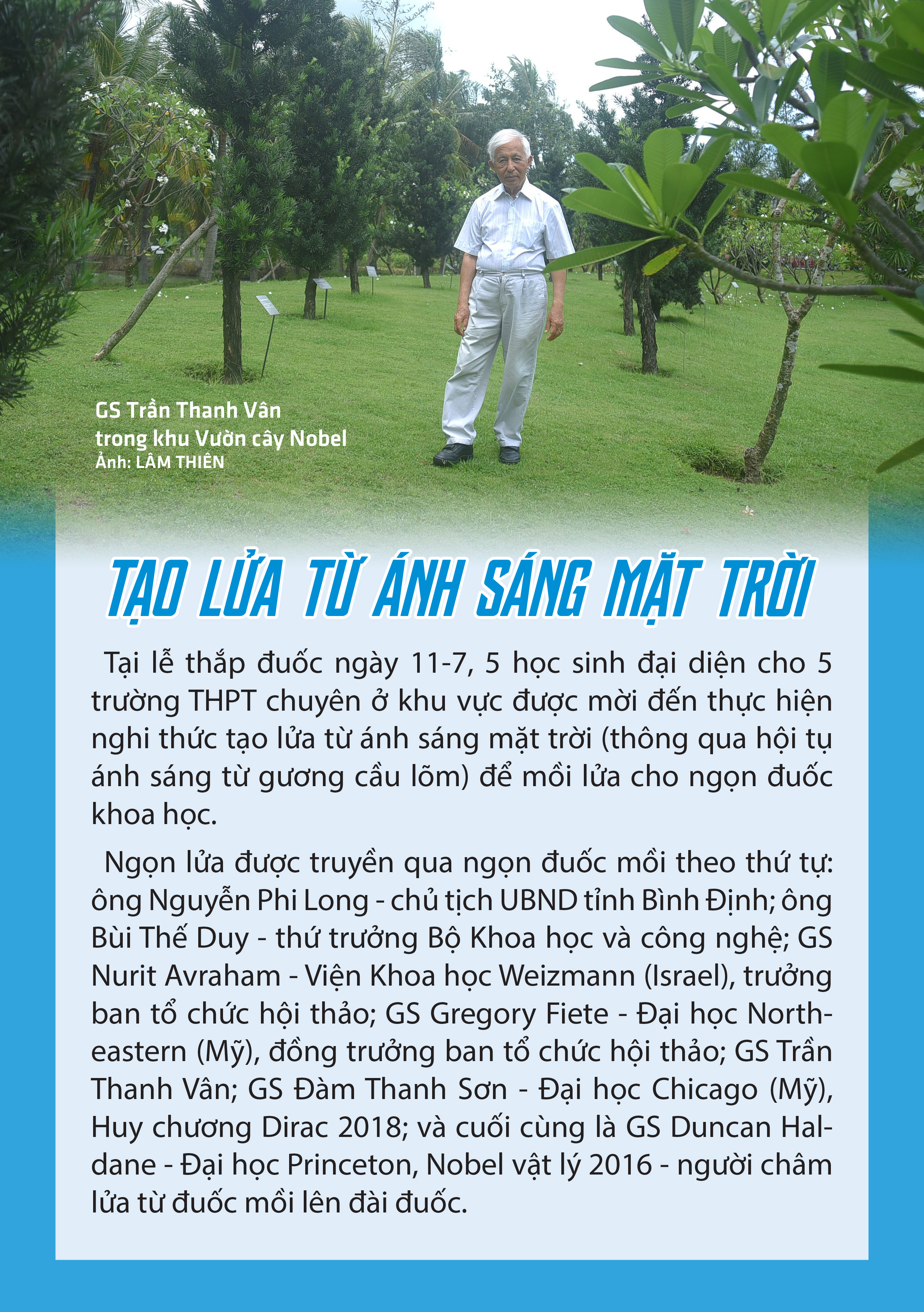 – Many people ask me why I don’t make the center in Hanoi, Ho Chi Minh City or any other city but choose this “monkey ho stork” place in Quy Nhon.

I just replied that the science center is a quiet place for scientists to come, focus on academic exchange, reflect, relax so that they can come up with new research ideas, not let them be influenced. by relationships or social life such as places in the city center. You know, there are a lot of unique ideas that arise when scientists talk to each other on the walk from the theory exchange room to the sports field or to the beach.

If there is no good landscape around that road, how can scientists create new scientific ideas.