Last night (July 2), U19 Vietnam and host Indonesia U19 held each other goalless in the opening match of Group A of the AFF U19 Championship 2022. The division of points made U19 Vietnam and Indonesia ranked below 2. The competitors for the next ticket are U19 Myanmar and Thailand (with the same 3 points after the first round).

On the afternoon of July 3, Indonesian newspaper Indosport suddenly had an article mentioning two Vietnamese coaches, Coach Park Hang-seo and Coach Dinh The Nam. Author Ade Gusti expressed surprise when putting the headline: “U19 Vietnam was held to a draw by Indonesia, but coach Park Hang-seo was busy fighting on Korean television”.

The author of Indosport thinks that being held to a draw by Indonesia is a “disappointing” result for Vietnam U19 and follows the latest actions of Coach Park Hang-seo, even though the Korean leader has no the task of leading U19 Vietnam.

“Amid the disappointment of the Vietnam U19 team when it was held to a draw by U19 Indonesia, Coach Park Hang-seo seems to be busy with contact with the media and audience in his homeland.

That’s right, Coach Park is currently returning to his home country of Korea, after he led the Vietnam U23 team to defend the gold medal at the 31st SEA Games. Recently, Mr. Park appeared in the very famous TV show of Korea – “You Quiz On The Block”. Coach Park talked to the most famous MCs in Korea and talked about his experience working in Vietnam. Mr. Park revealed that the first challenge when leading the Vietnam team was not being able to remember the names of the players.

Coach Shin Tae-yong’s rival also revealed unforgettable memories and emotions during his time working in Vietnam. Coach Park’s return to Korea also coincided with his mother’s 100th birthday. In addition, Mr. Park also plans to build a business in his hometown before returning to Vietnam.

Mr. Park himself has no duty to coach the Vietnam U19 team because he only focuses on building strength for the national team.” 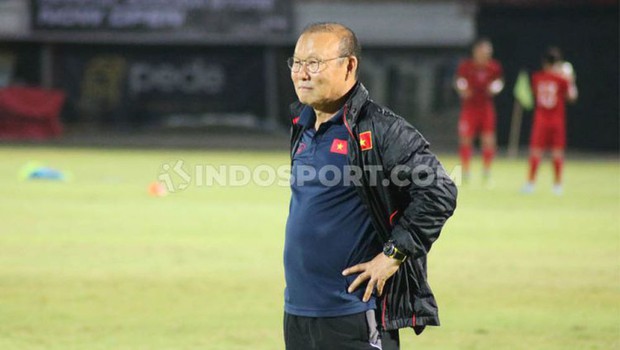 In addition to talking about the latest action of Coach Park Hang-seo, the Indonesian newspaper mentioned U19 coach Dinh The Nam with a view of appreciating this leader’s expertise.

Currently in the 2022 Southeast Asian U19 tournament, U19 Vietnam is ranked 3rd after Myanmar and Thailand and U19 Indonesia is 4th. In the next match, coach Dinh The Nam’s teachers and students will meet the Philippines while Indonesia will meet the weakest team in the group. is Brunei U19.

Southeast Asia U19 Championship standings after the opening round