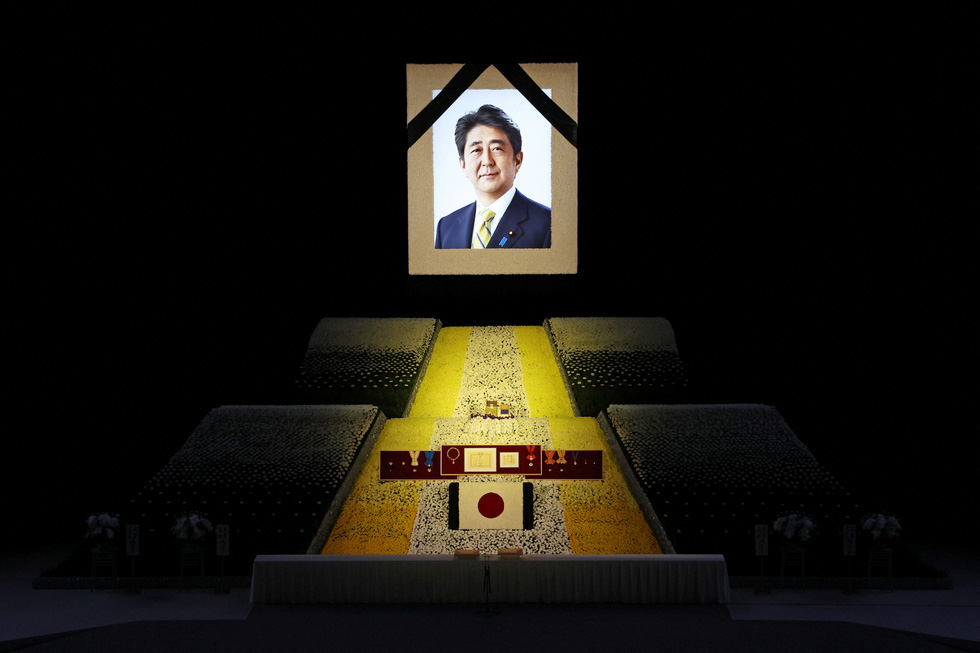 Photo of the late Prime Minister Abe Shinzo at the Nippon Budokan hall in Tokyo during the national mourning ceremony on September 27 – Photo: REUTERS

According to Reuters news agency, the ceremony began at 2pm on September 27th local time, ie 12pm on the same day in Vietnam time.

Akie Abe, wife of the late Prime Minister Abe, brings his ashes into the Nippon Budokan (Japanese martial arts hall) in central Tokyo amid the music of a military band.

Thousands of mourners arrived at the funeral site early in the morning, forcing the organizers to open the hall half an hour early. 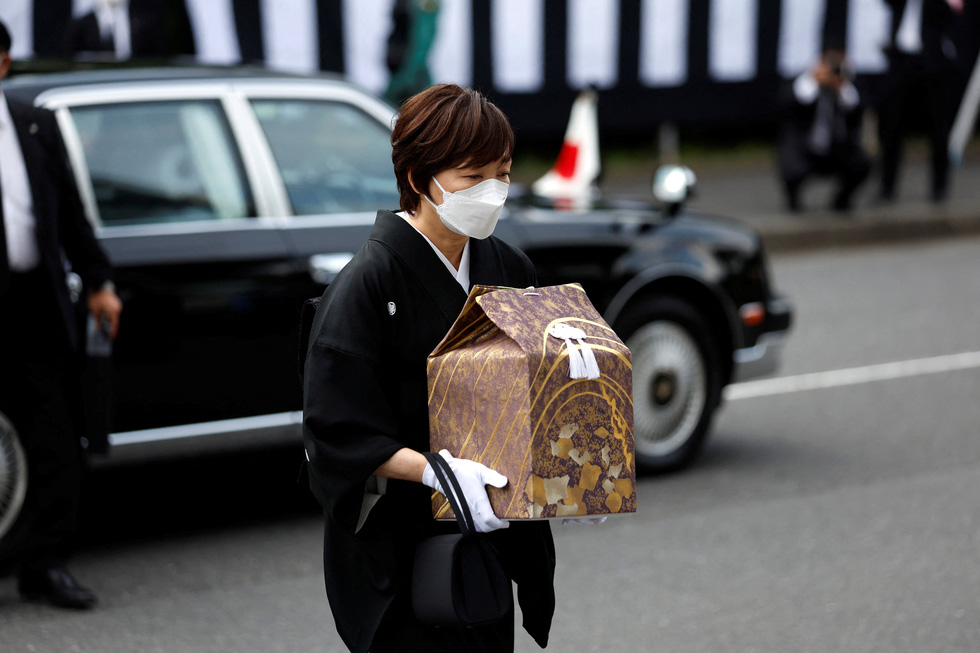 Within hours, about 10,000 people laid flowers and bowed their heads in silent prayer before Abe’s remains. Many others had to queue for 3 hours.

“A lot of people came to pray for him during the funeral,” said Kojima Yoshiko, a 63-year-old housewife in Tokyo.

Inside the Nippon Budokan hall, a large portrait of Mr. Abe hangs in the middle. Nearby is a wall of photographs commemorating him walking with G7 leaders, holding hands with children and visiting disaster areas. 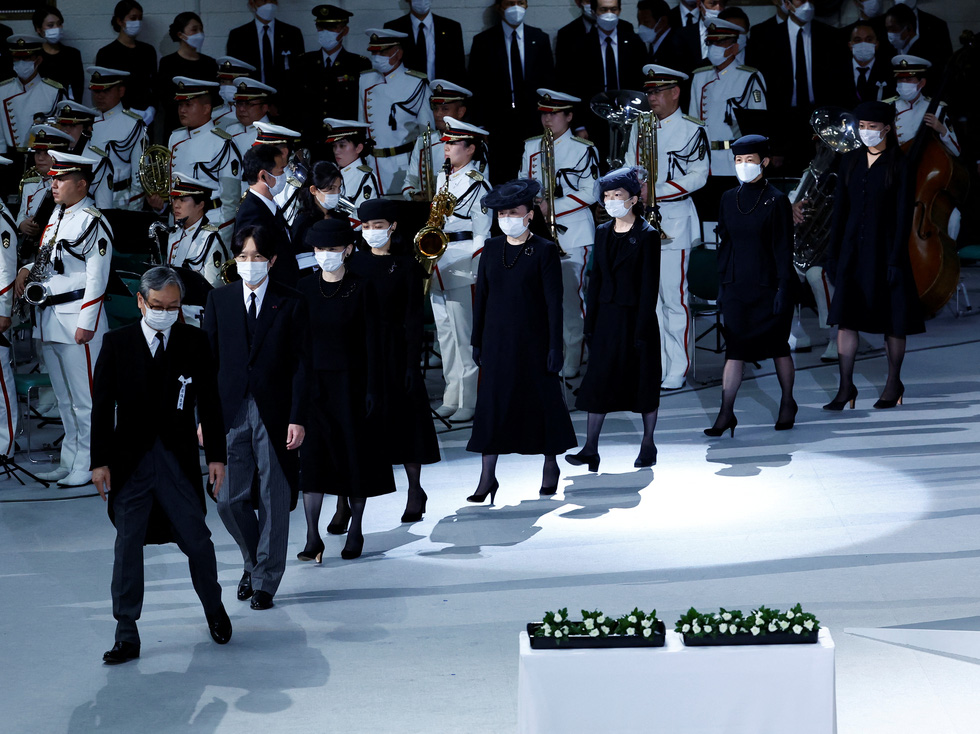 According to Reuters, about 4,300 people are expected to attend Abe’s national funeral, including about 50 leaders and former world leaders.

Among these, the national leaders attending were Vice President of the United States Kamala Harris, Prime Minister of India Narendra Modi and President Nguyen Xuan Phuc.

About 20,000 police were deployed. Roads and some schools near the national mourning area are closed for security reasons.

Mr. Abe’s funeral on September 27 was the first national mourning for a late prime minister since 1967. Before that, Mr. Abe’s family held a private funeral a few days after he was assassinated. 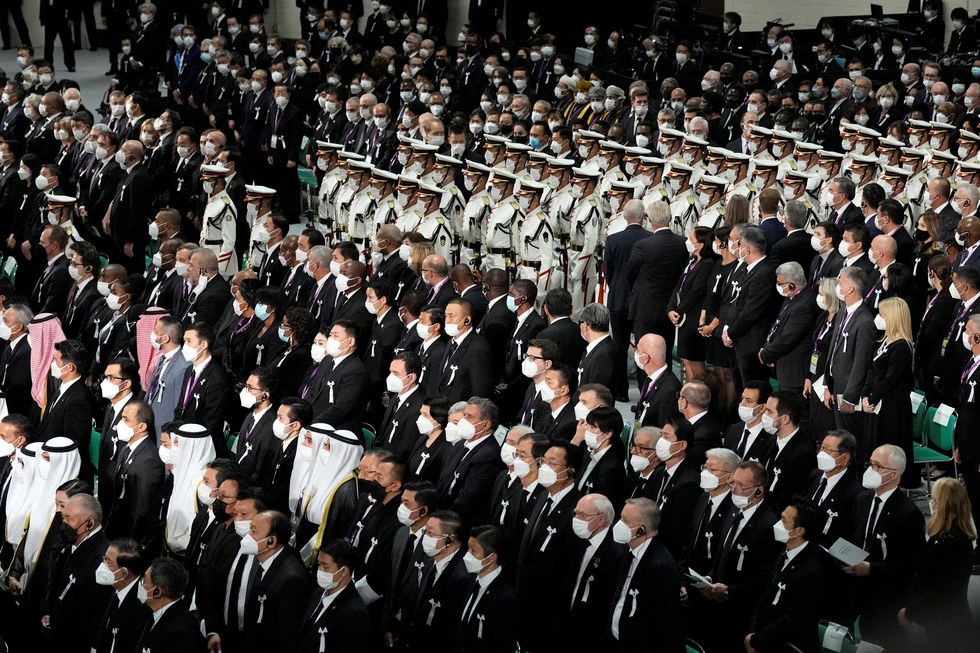 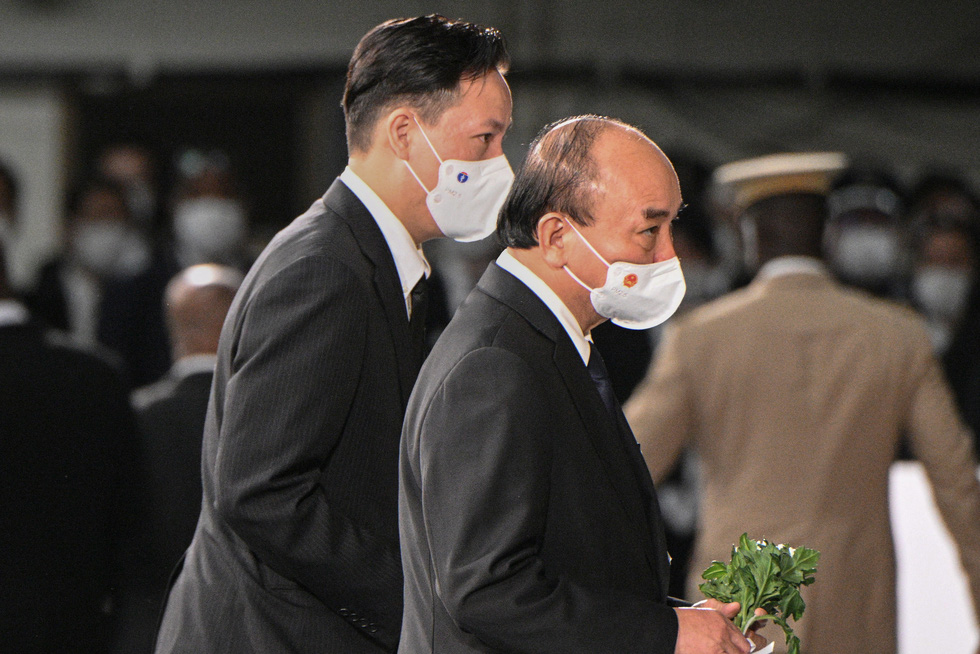 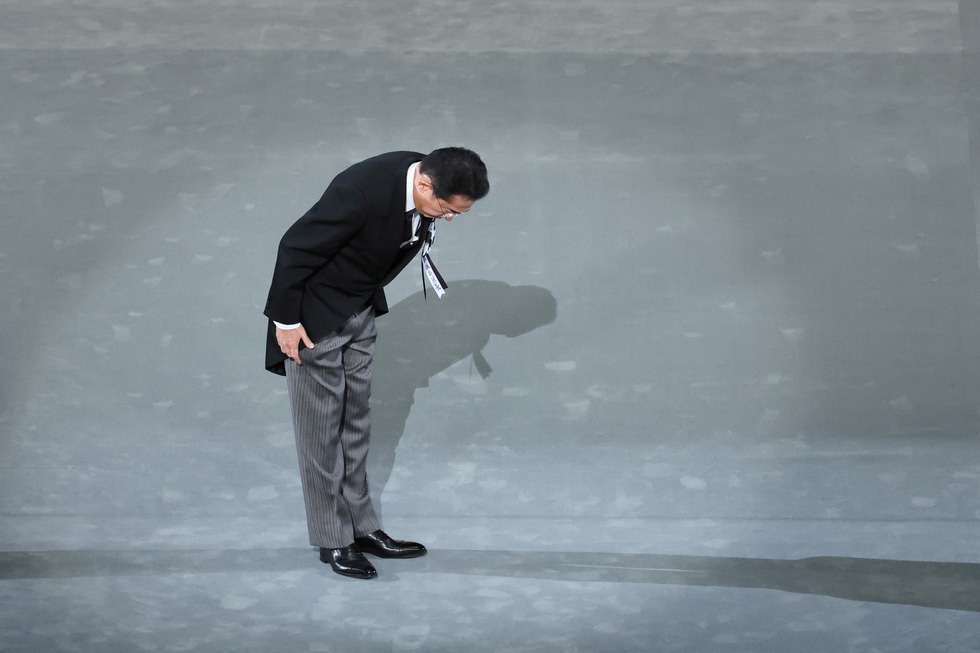 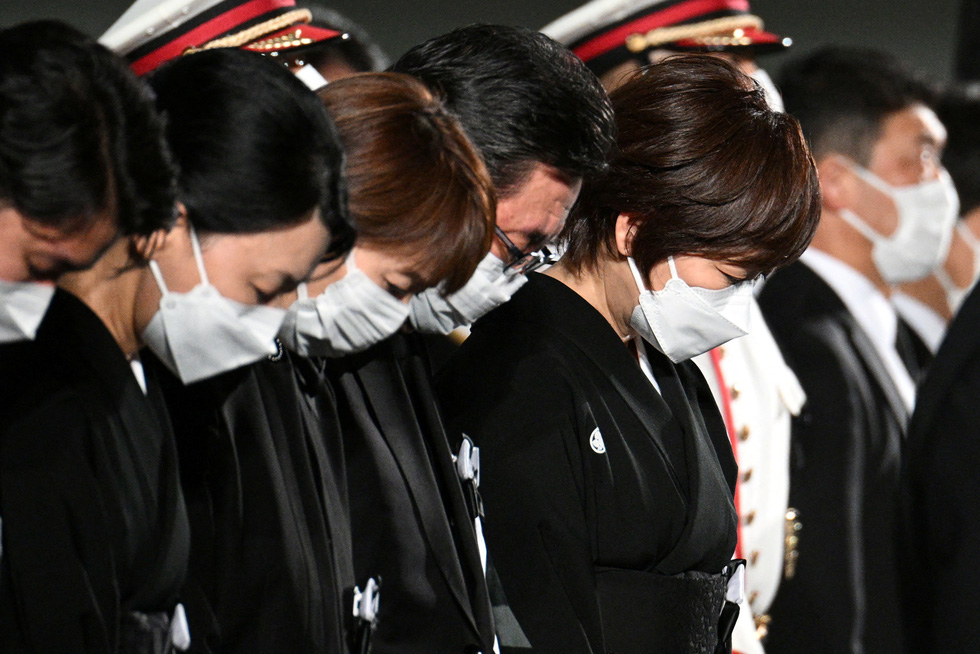 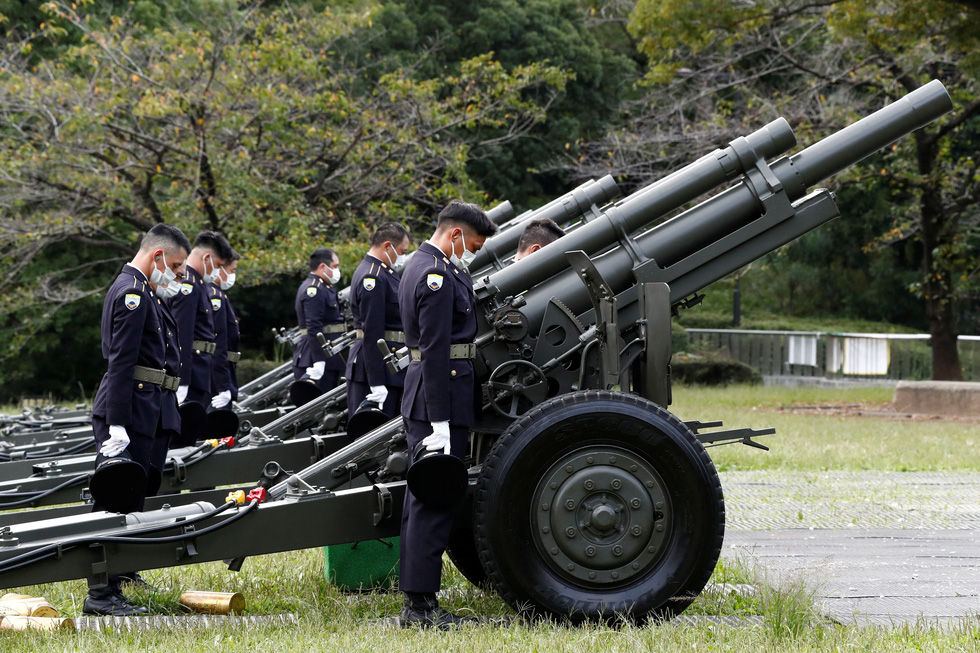 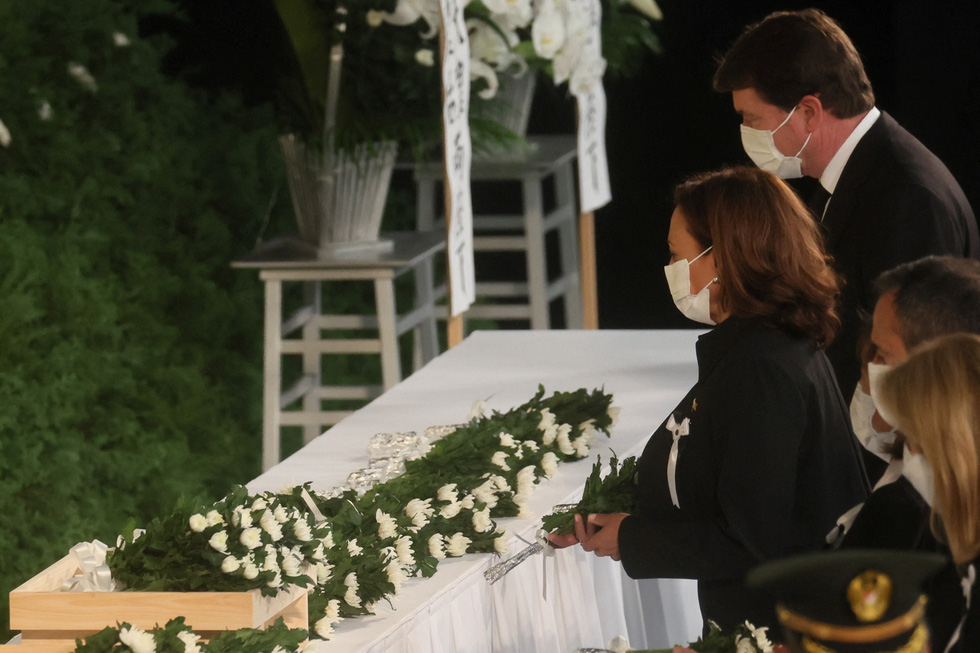 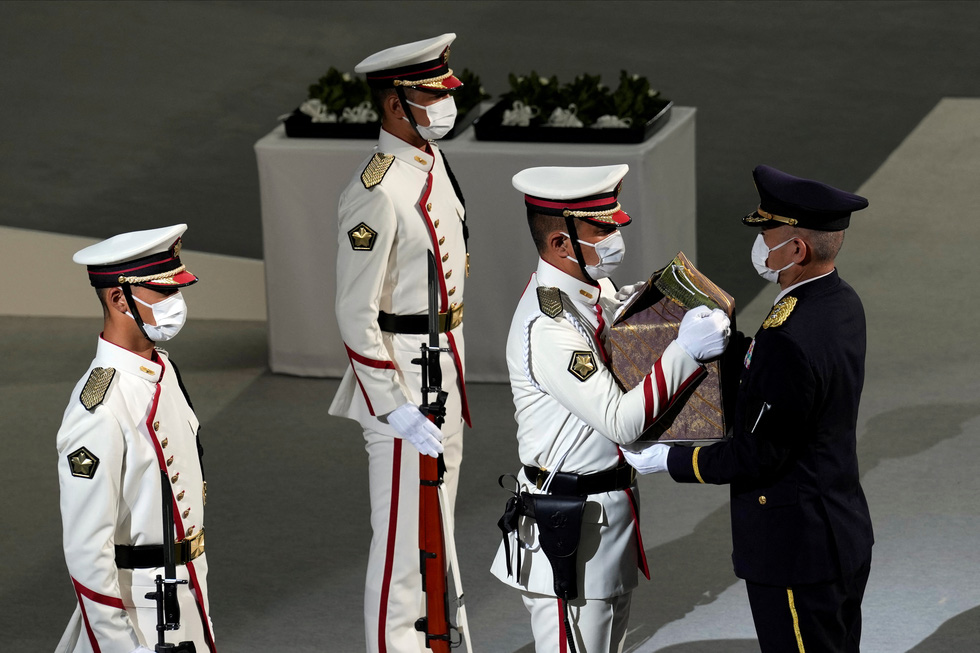 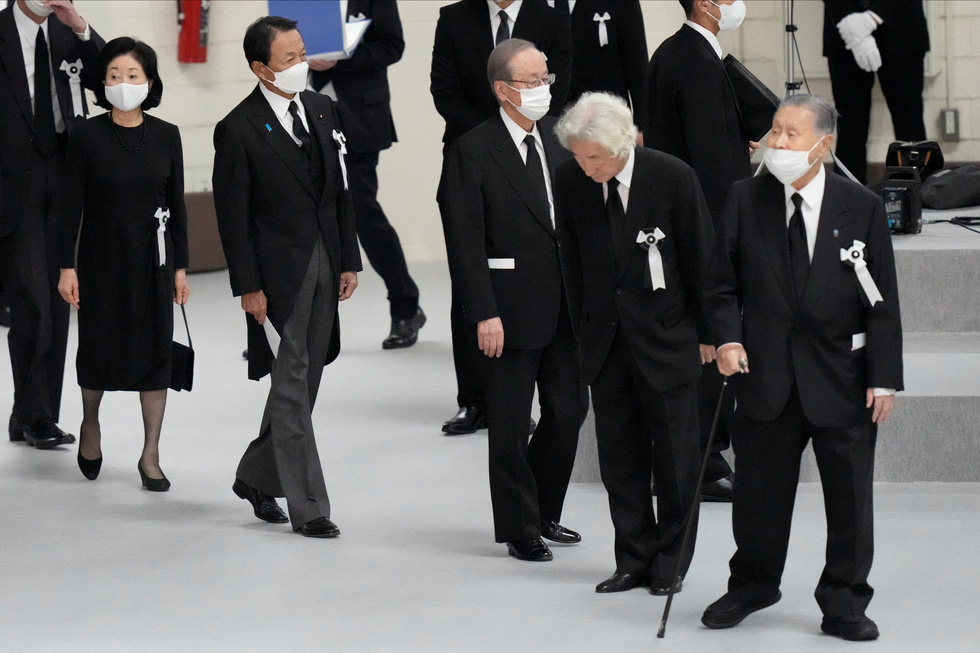 Former Prime Minister Abe was assassinated while rallying support for a Liberal Democratic Party parliamentary candidate in Nara Prefecture on July 8. He died the same afternoon due to a lot of blood loss despite the efforts of doctors to treat him.