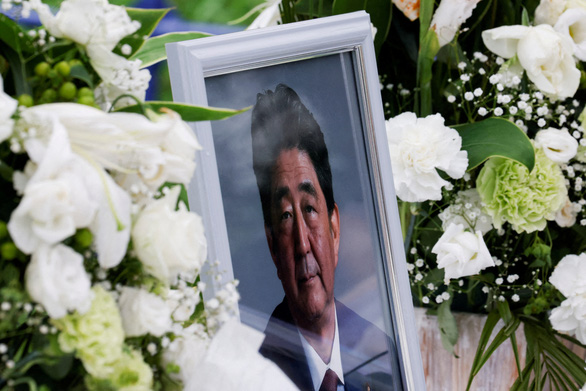 In late August, the Japanese government approved a budget of 250 million yen ($1.7 million) for the state funeral of late Prime Minister Shinzo Abe, scheduled to take place at the Nippon Budokan in Tokyo on September 27.

In addition to security costs, this amount also covers the cost of venue rental and COVID-19 precautions.

About 6,000 guests are expected to attend the ceremony. According to Mr. Matsuno, these guests include 190 foreign delegations, including about 50 guests at the level of heads of state.

Prime Minister Kishida Fumio said that given the domestic and international achievements of Mr. Abe, Japan’s longest-serving prime minister, it was appropriate to hold a national mourning.

On July 8, former Japanese Prime Minister Shinzo Abe was shot twice in the back while giving a campaign speech for the ruling LDP party in Nara. Mr. Abe was determined by doctors to have died from excessive blood loss.

Police said the suspect, Tetsuya Yamagami, 41, a resident of Nara city (western Japan), was arrested shortly after carrying out the attack. The gun found at the scene was a homemade gun.

Suspect Tetsuya told investigators that he was dissatisfied with Mr. Abe and intended to kill him.