Nittanosho Kanzantei, a small eatery in Ota, has attracted the attention of many gourmets by launching a dish that is not on the restaurant’s traditional menu, divine noodles. Initially, this special dish was created as a souvenir, to meet the need to cook noodles at home or as a gift, but because it is so eye-catching, it has become a craze on social networks. 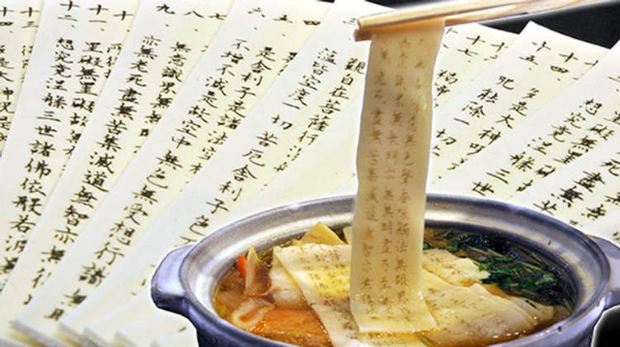 ‏Instead of being cut into small fibers, the noodles are cut into thick, rectangular leaves, each of these unique noodles has many large characters printed on it. The material in which the characters are printed is also edible and remains colorfast even after being cooked. Therefore, diners can both eat and read the content printed on the noodles. 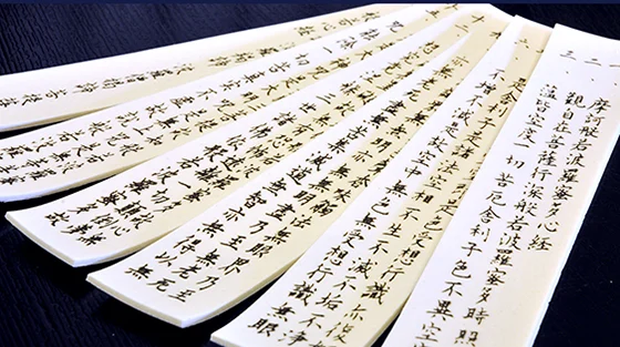 The ink printed on the noodles are made from natural ingredients, safe for health

‏A package of divine noodles from Nittanosho Kanzantei store will have the full Heart Sutra, the most sacred text in Buddhism. At many Japanese temples, this sutta is usually given to visitors in paper form, but the small restaurant found that printing the text of the sutta on the noodles was just right.‏

‏Although the noodle dish attracts a lot of attention from the online community and gourmets, the restaurant refuses to serve food on the spot. According to the explanation from the restaurant’s representative, it is believed that the central content of the meditation practice in the sutta is only suitable for a private space at home.‏

‏‏A package of divine noodles contains about 260 characters, along with a booklet with full content, making it easier for readers to read kanji and free translation instructions into modern languages. for those who are not familiar with sutras.‏ 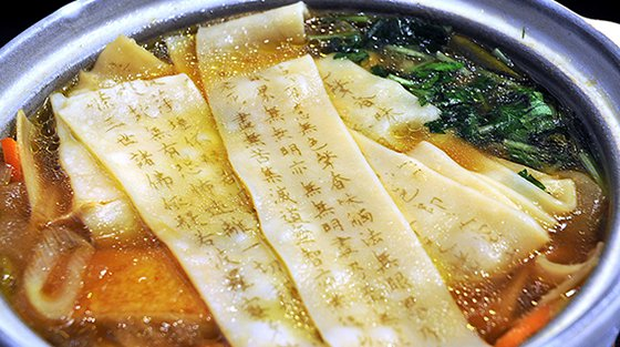 ‏According to the store’s official website, the divine noodle dish is “printed” using a mixture of bamboo charcoal starch and food-grade caramel color made from wheat. Although the characters may fade slightly after cooking, the content can still be read by diners. The restaurant also shared, if you want to make the dish more delicious, you can cook noodles with vegetables such as cabbage, carrots, onions and taro.‏

‏Divine noodles are currently only available in Gunma Prefecture. A three-serving pack comes with dashi seasoning for extra flavor and costs around 1,620 yen (equivalent to more than 200,000 VND).

‏‏In addition to this unique divine noodle dish, Japan is also the birthplace of many dishes with strange combinations such as miso soup served with ice cream cones or alien dumplings…‏