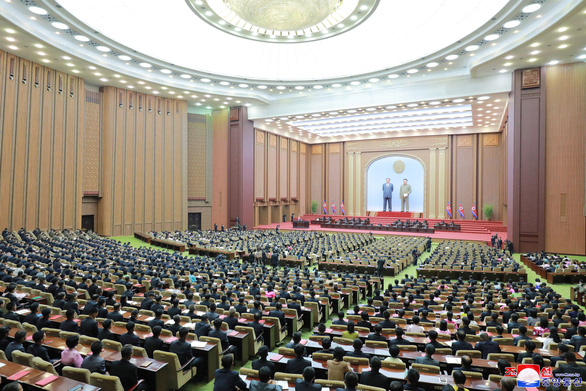 According to the KCNA news agency, Pyongyang also warned the US to “shut up” and stop spreading rumors to “stain” the image of North Korea.

“We have never exported weapons or ammunition to Russia before, and we are not planning to export them,” said the deputy head of the General Department of Equipment of the Ministry of National Defense. KCNA did not name the official.

In early September, deputy spokesman for the US State Department Vedant Patel said Russia was “in the process of purchasing millions of missiles and artillery shells from North Korea for use in Ukraine”.

According to Reuters news agency, the US has accused Iran of supplying drones to Russia for use in the war in Ukraine, and this has been denied by Tehran.

Russia also denied the above allegations and asked the US to provide evidence.

In August, in a letter sent on the occasion of the liberation of Korea from Japanese forces (August 15), Russian President Vladimir Putin told North Korean leader Kim Jong Un that the two countries would ” expand comprehensive and constructive bilateral relations with joint efforts”.

Kim also sent a letter to Putin, saying that “strategic and tactical cooperation, support and solidarity” between the two countries has reached a new height, as they are making joint efforts to deter threats and provocations from “hostile military forces”.

In July, Ukraine severed ties with Pyongyang after it recognized two Russian-backed “people’s republics” in eastern Ukraine as independent states.