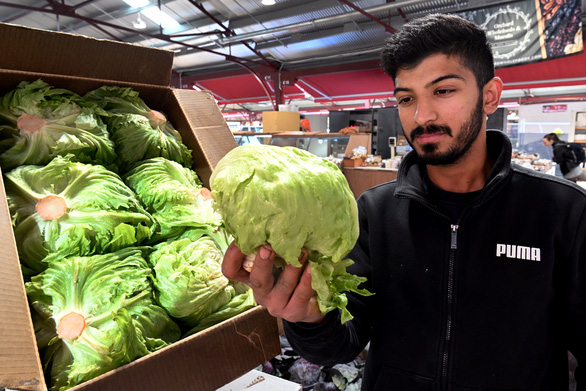 The price of lettuce in Australia has tripled in recent months – Photo: AFP

On June 7, KFC said soaring prices of salads in Australia had forced it to substitute cabbage for burgers and other products, prompting customers to complain that the taste wasn’t as good as it once was.

“We are currently experiencing a lettuce shortage. So we are using a mixed lettuce and cabbage mix for all products with salad ingredients until further notice,” KFC said. notification.

According to AFP news agency, the price of lettuce in Australia has increased by 300% in recent months. An American lettuce in Sydney and Melbourne that once sold for about $2 is now almost $8.

KFC said widespread flooding in eastern Australia was to blame.

However, supply chain expert Flavio Macau of Edith Cowan University said that the Russia-Ukraine conflict is also another factor, contributing to higher prices of diesel and fertilizer.

KFC announced that its customers can choose to remove mixed cabbage from their dishes when placing their order.

Some diners had strong reactions to the above decision of KFC.

“The fact that the store replaced the salad with cabbage has made me rethink eating at KFC. There are 4-5 other things I am willing to eat instead of cabbage. This is an odd choice,” one said. Diners wrote on Twitter.

Another commented: “It feels like the end of the world.”

After the news that salad prices have tripled and house prices in many major cities have increased by 25% since the start of the pandemic, the Central Bank of Australia has decided to raise interest rates more than expected on June 7. At the same time, it announced that it will continue to raise interest rates to curb inflation.