Girl Crush is a girl group under HW Entertainment. The group officially debuted in August 2019 with a 4-member lineup of Taeri, Zia, Yuka and Bomi. Girl Crush is known for her sexy image and provocative performances. Even so, the group still received a lot of praise because all the members were mature and creative in choreography, costumes, and image building. 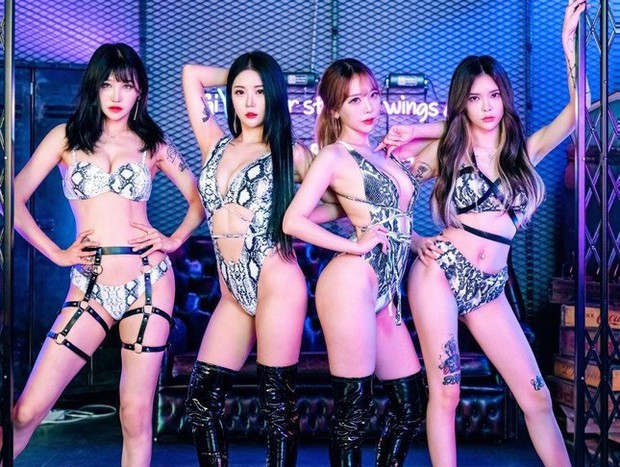 However, Girl Crush recently got into controversy when recruiting Hayun, a former member of BABA and Blaze, who is still a teenager (Hayun was born in 2005). The audience said that it is not appropriate for a 17-year-old girl to join a girl group with a sexy and bold style. Many people also called for a boycott of Girl Crush.

However, contrary to the above announcement, Girl Crush let Hayun perform on stage many times. They even performed songs with obscene lyrics like Cardi B’s “WAP” and wore revealing outfits. Not to mention, the group also included a sensitive sounding cover of “WAP”.

“In any case, the sexualization of minors is wrong. I don’t mind if the other members are naked or perform pornography because they are adults. The K-pop industry is releasing underage idols but it doesn’t protect them”, “It’s not the group’s fault but the management company’s fault for bringing a minor into the group and allowing them to wearing sexy clothes”, “Can Girl Crush still survive in the K-pop industry?”, “Everybody knows Girl Crush is a sexy group with provocative performances. So why did Hayun join them? Why would a parent or guardian allow that?”…