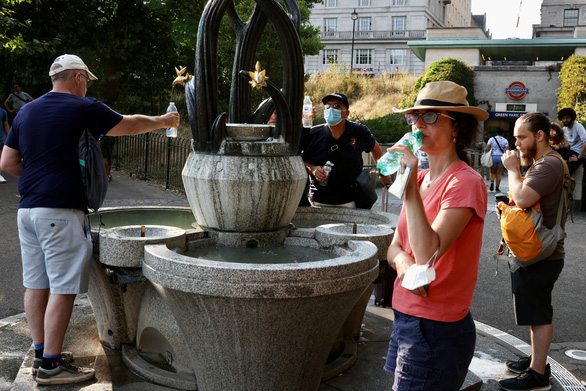 People draw water from a fountain in Green Park in London, England on July 18 – Photo: REUTERS

In the UK, a record temperature of 38.1 degrees Celsius was recorded in Suffolk county, England, making July 18 the hottest day of 2022, and the third hottest day ever recorded in the UK.

The last recorded highest temperature in the UK was 38.7 degrees Celsius in 2019.

By page Current Resultsin the period from 1981 to 2010, the highest average daily temperature in July in the UK was 21 degrees Celsius and the lowest was 12 degrees Celsius.

The government also issued a red warning about extreme heat for the first time, according to the newspaper Guardian. Experts predict that temperatures in the UK could exceed 40 degrees Celsius for the first time, and extreme weather will become more frequent due to climate change. 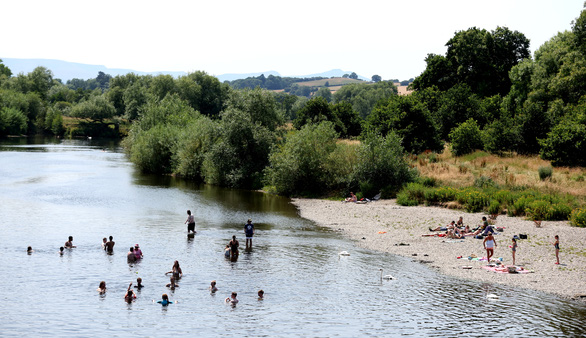 People swim on the River Wye on July 18 when the heat rages in the UK – Photo: REUTERS

Extreme temperatures forced Luton airport near London and the Royal Air Force’s Brize Norton base to cancel flights on July 18 and 19, citing unsafe runways. Trains and schools were also closed in the affected areas.

Most climate scientists think it’s climate change that has turned cool Britain back into the heat it is today. The UK Meteorological Department predicts extreme temperatures in the next few days in the country may increase because of climate change, according to the BBC.

Professor Friederike Ott, a climate scientist at Imperial College London, said that in a few decades, looking back at the present time, we could say that this summer’s weather was quite cool. .

Meanwhile, Professor Nigel Arnell of the University of Reading stated that heat waves will be more and longer in the future, as well as more heat-related health warnings. 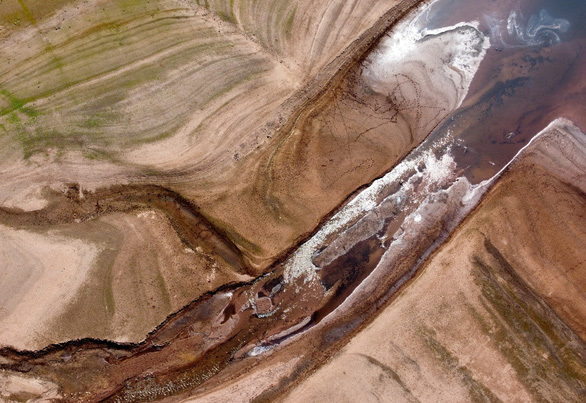 The Llwyn On reservoir in Wales, UK has dried up due to the heat – Photo: REUTERS

On the same day, France’s National Weather Service said a series of towns and cities in the country also recorded their highest temperatures ever, according to AFP news agency.

Firefighters in southwestern France are still struggling to put out two large, devastating wildfires. The fires, which have lasted for nearly a week, are draining the firefighters’ strength. 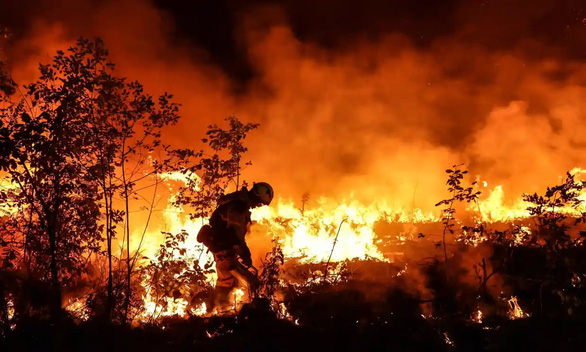 Belgium and Germany are among those expecting the current heat wave in the region to hit their countries in the coming days, with temperatures likely to climb above 40 degrees Celsius.

It is the second heat wave that is engulfing parts of the southwestern continent in scorching heat in recent weeks. 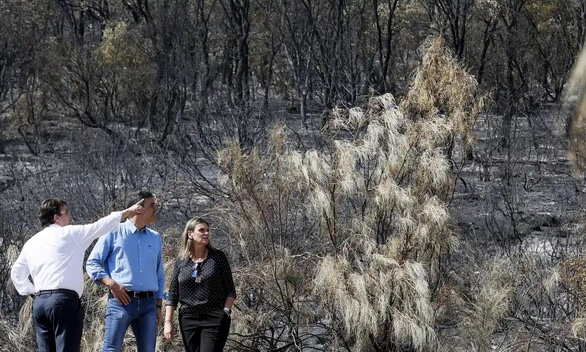 Almost half (46%) of Europe is experiencing an alarming level of drought, researchers from the European Commission (EC) say. Crops in the area are also suffering from severe water shortages.

Forest fires in France, Greece, Portugal and Spain have also destroyed thousands of hectares of land.

A total of 8,000 people have been evacuated from areas visited by “fire” in France on July 18 as a precaution. Up to now, about 32,000 tourists and residents have been forced to evacuate because of the forest fires, many of whom have to stay temporarily in emergency shelters.

In Spain, authorities recorded about 20 fires raging, destroying about 4,500 hectares of land.

Hot sun ‘like the end of the world’ in France

TTO – A French meteorologist likens the current hot weather exceeding 42 degrees Celsius in France in particular and Europe in general as the ‘doomsday’, causing life to face many risks.