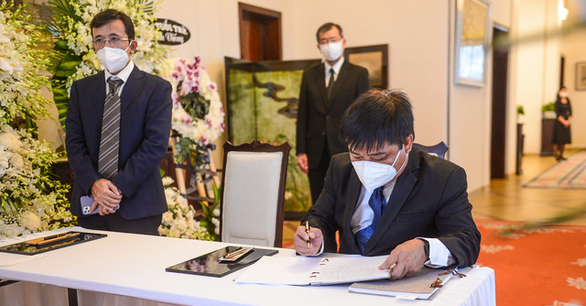 At the visit at the home of the Consul General of Japan in Ho Chi Minh City, Wanatabe Nobuhiro, editor-in-chief Le The Chu and deputy editor-in-chief Tran Xuan Toan of the newspaper. Youth sent condolences to Mr. Abe Shinzo’s family, the Government and the people of Japan.

Speaking of Mr. Abe Shinzo, I, like many other Vietnamese people, would like to express my respect and gratitude for what he has worked so hard to cultivate for the Vietnam-Japan relationship to flourish in all directions. look like today” – Mr. Le The Chu shared.

Consul General Nobuhiro thanked the newspaper for the love Youth dedicated to the late Prime Minister Abe, which is especially preserved through his interviews with newspapers.

Mr. Abe has a special affection for the press. Newspaper Youth was fortunate to be selected by the late Prime Minister Abe Shinzo to give the only interview before his trip to Vietnam in 2013 and 2017.

Although both of those interviews were four years apart, the coincidence took place on January 16 and both had clear messages to push the Vietnam-Japan relationship to a new height. 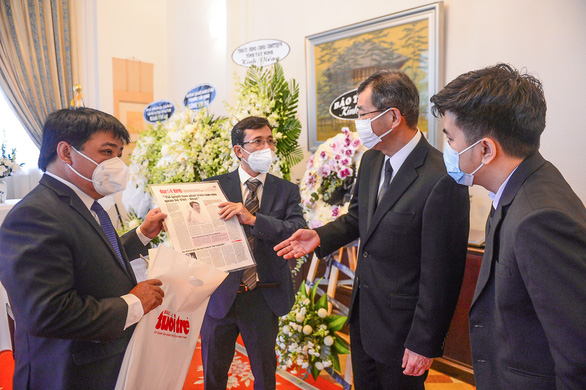 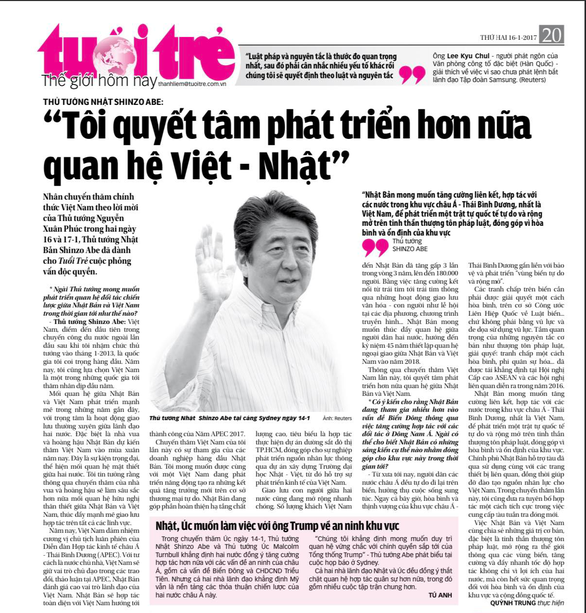 In 2013, when choosing Vietnam as the first country to visit after taking office, Mr. Abe expressed hope to promote bilateral relations. “This is an opportunity to create a leap forward in the cooperative relationship between the two countries, which has been comprehensively developed in many fields from economy to culture and people-to-people exchanges,” he said on the website. newspaper Youth.

In the above interview Youth 2017 before returning to Vietnam again, he emphasized “through this visit to Vietnam, I am determined to further develop the relationship between Japan and Vietnam”.

Newspaper leader YouthMr. Le The Chu, said that what Mr. Abe left behind for Japan as well as the Vietnam-Japan relationship is extremely great. “We would like to express our gratitude and farewell to our friend of Vietnam. We hope that Mr. Abe’s great legacy will continue to serve as a bridge between the two countries,” said Mr. Le The Chu. 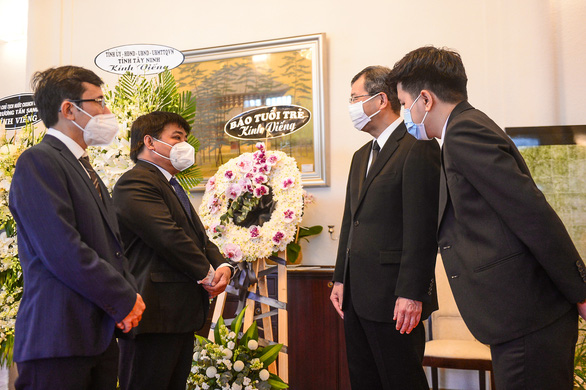 TTO – Today (July 12), the funeral of the late Prime Minister Abe Shinzo officially took place, after the traditional Tsuya ceremony on the evening of July 11 in Tokyo. In Vietnam, many people queued outside the Japanese Embassy in Hanoi to wait to write the mourning book.