According to the regulations of the Ministry of Public Security, Circular 99 on handling violations of conduct towards the People’s Police, shall apply depending on the aggravating and mitigating circumstances.

In this case, officers and soldiers violate the code of conduct, but at a serious, especially serious level, causing irritation to the masses and the media, we will handle the removal of the title of People’s Police.

There is an officer who goes with him but does not intervene to help his teammates stay calm and is also responsible. This officer should have reduced his rank, but according to the regulations, whoever has merit will enjoy, whoever is guilty will be punished. In early 2022, this cadre had a certificate of merit from the Chairman of the Provincial People’s Committee, so the sanction was a warning. 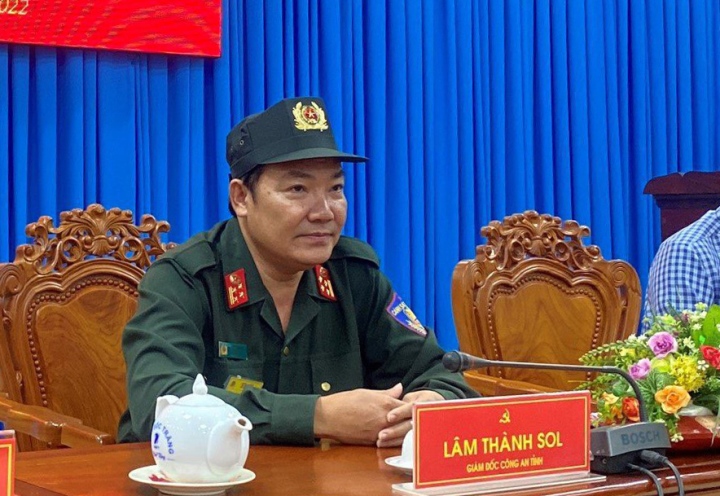 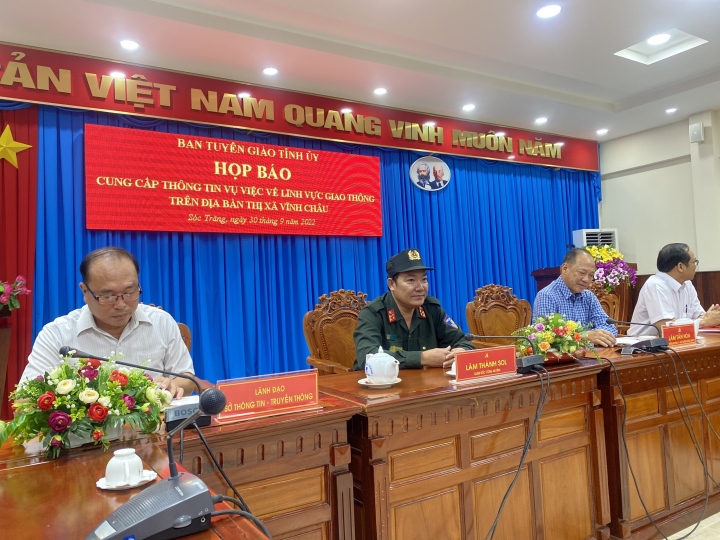 14h45: Many reporters were present to cover the press conference. 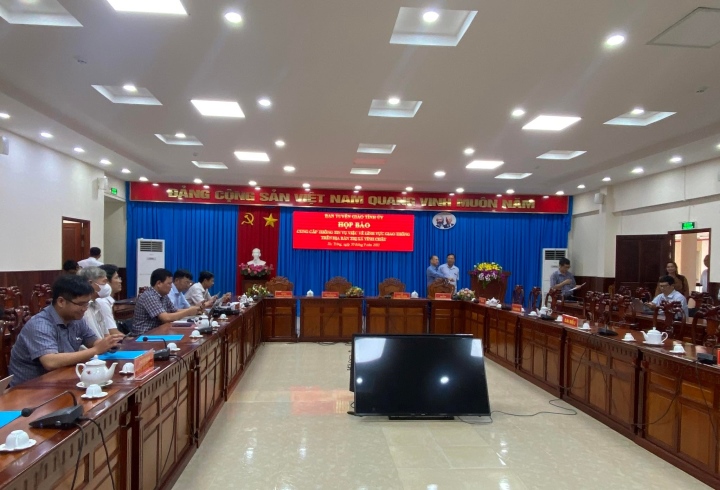 Many reporters from various media agencies attended and reported on the press conference.

On the morning of September 30, the Propaganda Department of the Soc Trang Provincial Party Committee issued an urgent dispatch to invite a press conference to inform about the incident that some officers and soldiers of Vinh Chau Town Police had violent acts with 2 young people.

According to the official dispatch, recently in the press, social networks reported and spread clips reflecting some officers and soldiers of the traffic police and traffic police who had inappropriate behavior with 2 young people and teenagers driving motorbikes. Road Traffic Law occurs in Vinh Chau town.

To provide official information to the press agency, the Soc Trang Provincial Party Committee’s Propaganda Department coordinated with the provincial authorities to hold a press conference at 3pm on September 30.

Also on the morning of September 30, leaders of Vinh Chau town police, Soc Trang province, met with the Traffic and Order Police Team of this unit to review the officers and soldiers involved in the beating of 2 teenagers. violation of the Road Traffic Law. The results of the meeting will be reported by the Town Police to the Soc Trang Provincial Police Director for consideration and decision on disciplinary action.

According to Soc Trang Provincial Police, after discovering the incident, the provincial police leadership directed the suspension of 4 related officers and soldiers in the patrol team to verify, clarify and handle according to regulations.

“In the short term, the behavior of officers and soldiers in the above patrol team violates the code of conduct according to the Circular No. 27/2017/TT-BCA dated August 22, 2017 of the Minister of Public Security on Regulations code of conduct of the People’s Public Security. Provincial police continue to verify and clarify to handle strictly from the point of view of not covering up violations.” Press release on September 29 of Soc Trang Provincial Police stated.

According to a report of the Soc Trang Provincial Police, the incident happened around 3pm on September 25. While performing patrolling and controlling tasks to ensure traffic order and safety on the occasion of Sene DolTa Festival on the South Song Hau National Highway, the patrol team of the Traffic Police Team, the Police Department of Vinh Chau Town (including 5 people), discovered the driver of a 150cm3 Exciter brand motorcycle carrying another person running in the opposite direction, suspected of using alcohol and under age to drive a large displacement vehicle in traffic.

The working group signaled to stop the vehicle to check, but the motorbike driver did not comply. This person increased the gas and ran away at high speed, pinching the patrol car’s car, swerving, swaying on the road nearly 30km, through the routes South Song Hau (Xeo Me) – Le Lai – Trung Nhi – 30/ 4 – District road 43 – South Song Hau (Vinh Hai commune). When arriving in the area of ​​Au Tho B hamlet, Vinh Hai commune, the car stopped.

At this time, some soldiers in the patrol team could not control themselves, so there were violent acts (using hands, feet, plastic sticks to control traffic, helmets hitting 2 young people as shown in the video clip). , then, bring people and vehicles to the town police headquarters.