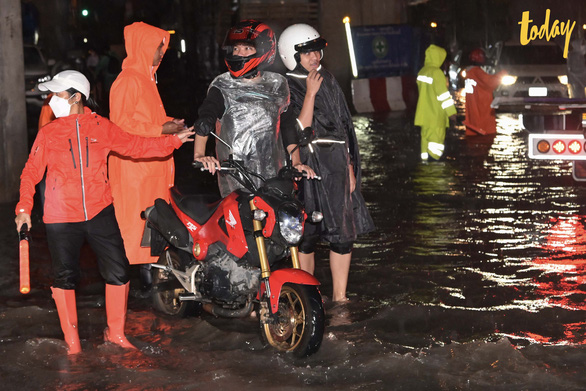 Heavy rain caused many roads to be flooded, affecting people’s traffic on the evening of September 6 – Photo: WORKPOINTTODAY

According to news site Sanook, the rain on the night of September 6 caused many other provinces in Thailand to be submerged in water.

In the capital, Bangkok, the Laksi Monument roundabout is the most flooded place, causing many vehicles to stall, leading to traffic jams on some roads in the city center.

In the area of ​​Soi Ram Inthra road, the water was knee high, the water flow was strong and flooded the rows of houses in the small alleys. Vehicles left in front of the house were also submerged in water and stalled.

Small businesses in the area said this is the first time they have seen such heavy flooding in recent years.

Prolonged flooding has led to traffic jams on many roads in the Bangkok area, especially during rush hour this morning.

Besides, the Thai Meteorological Department also issued a warning about heavy to very heavy rain in 55 provinces and cities across the country.

At the same time, the department also warned people to avoid the risk of flash floods, especially in mountainous areas. 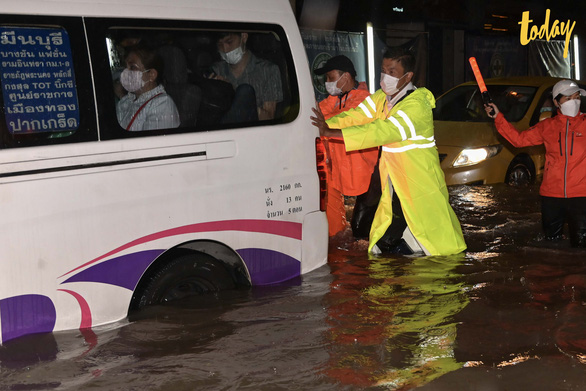 People are waiting for the bus at the bus stop in front of Kasetsart University, Phaholyothin Road, Bangkok – Photo: WORKPOINTTODAY