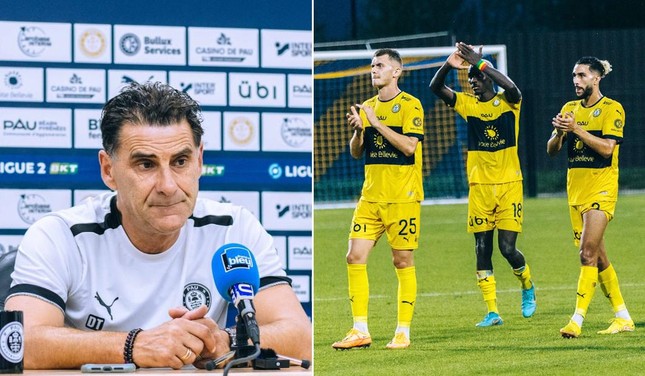 The coach wants to instill confidence in the students

In the pre-match press conference, the leader of Pau FC answered when he received the question “What do you think about Valenciennes?”. “This club defends very well and has a very well-organized operating system,” said Tholot. “We respect them, they have started the season very well. But I still prefer to focus on my team more.”

All I can say about Valenciennes is that they are a team that does not give up. In the Rodez draw, they defended really well, they held on well for the first 70 minutes. They can even win at the end of the game.” 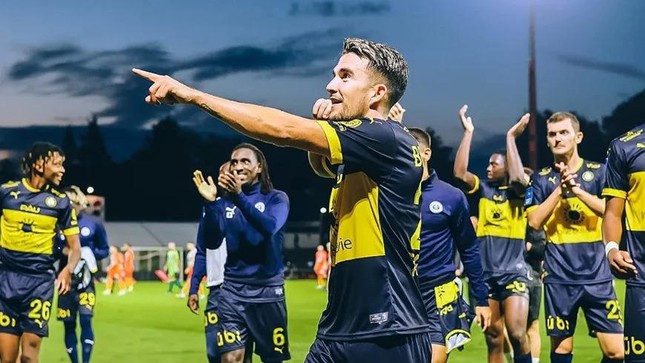 Pau FC celebrates after beating Laval in round 8

In front of a Valenciennes with a very tight defense (only conceding 7 goals, the 5th least in the tournament), Pau FC will face many difficulties when scoring has never been their strength. Not to mention Valenciennes’ form from the beginning of the season is very stable. They are ranked 7th, 10 places higher than Quang Hai’s team. In terms of correlation, it is clear that Valenciennes is stronger than Pau FC.

But according to Mr. Tholot, with the morale rising and the home field advantage, he still believes 3 points is “the goal within reach”. “Meeting Valenciennes a match is within our grasp. These are matches where you have to set yourself apart from opponents that are considered to be in direct competition with yourself. Therefore, I believe the players will know how to promote all that they have.”