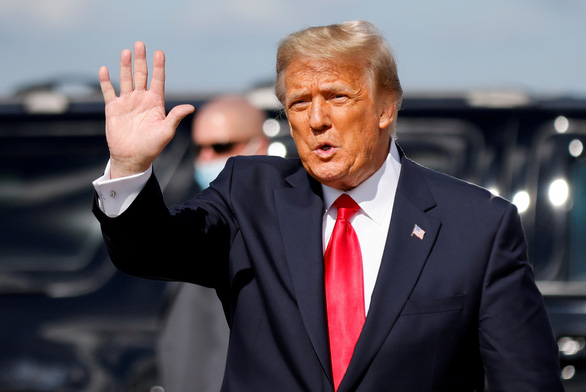 Mr. Trump and his children were sued by the New York state attorney general for “fraud” – Photo: REUTERS

According to court documents, the lawsuit, filed in New York state court in Manhattan, alleges that the Trump Organization made mistakes in the process of preparing Trump’s annual financial statements from 2011 to 2021. .

New York Attorney General Letitia James alleges that Trump and the Trump Organization overstated the value of real estate properties to get concessional loans and tax benefits. She said she brought the allegations to federal prosecutors in Manhattan and the Internal Revenue Service.

In her statement, Ms. James said: “With the help of his children and the executives at the Trump Organization, Donald Trump has inflated his net worth by billions of dollars to gain illicit wealth. and deceive the system”.

The lawsuit is one of the biggest legal blows to Trump since he left office in January 2021.

Ms. James told reporters that she wants the defendants to give up all benefits from the fraud, which is estimated at $250 million.

The lawsuit also seeks to ban Trump and his children from operating companies in New York and bar the Trump Organization from engaging in real estate transactions.

Mr Trump’s side has denied any wrongdoing and has criticized James’ investigation as politically motivated. The Trump Organization called Ms James’ allegations “baseless”.

In connection with the investigation, Ms. James once asserted that Mr. Trump, the Trump Organization and family members used delay tactics to ignore subpoenas and avoid testifying.

Trump alone invoked the Fifth Amendment more than 440 times to refuse to answer questions from prosecutors at the New York Attorney General’s office.

Trump is being investigated at the same time over the Capitol Hill riots, the Trump Organization’s activities, allegations of pressuring election officials to reverse the results of the 2020 US presidential election and taking classified documents from the White House. .

Attorneys representing former President Trump are currently filing a lawsuit asking the court to deny the Justice Department’s request to quickly resume the investigation into the case that Trump hid classified documents at his Florida home.

In October, the US court will hear the allegations related to the Trump Organization.